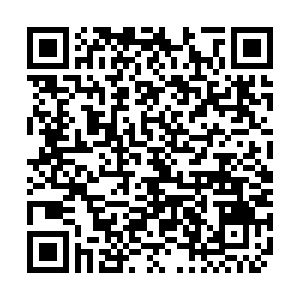 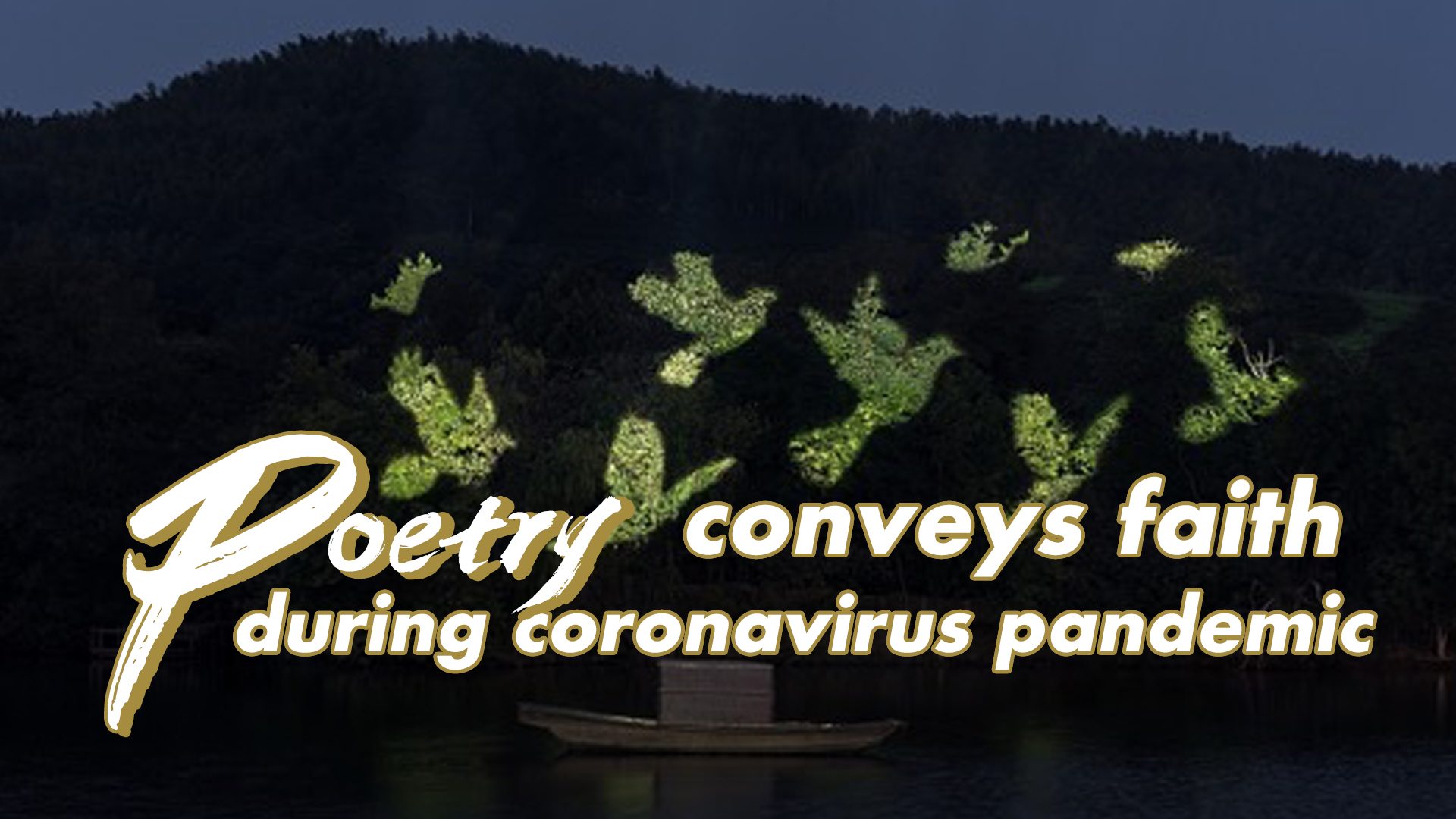 Today is World Poetry Day, and with the coronavirus pandemic raging around the world, let's take a look at some encouraging words printed on donations.

"Though we are oceans apart, a shared moon connects hearts（山川异域,风月同天)." This is the poetry printed on a batch of donations from Japan to China's Wuhan amid the novel coronavirus outbreak.

As soon as the supplies arrived in China, the news went viral online, with Chinese netizens expressing their appreciation. The power and beauty of the poetic language were also praised.

This is certainly not the only poetry to express support. On the packaging of batches of medical supplies donated by Japan, those ancient Chinese poems expressed the Japanese people's support for Wuhan and China in its concise and beautiful way.

"How can you say you lack clothes? Don't worry, I will share mine with you" (岂曰无衣，与子同袍) is another poetry written on a batch of donations, and the line is from Shijing, the first collection of ancient Chinese poetry, about a soldier helping his comrade by sharing his armor during a battle.

As China recovers gradually, the world is facing a severe test from the pandemic, and China is duty-bound to provide assistance within its capacity to fight it. 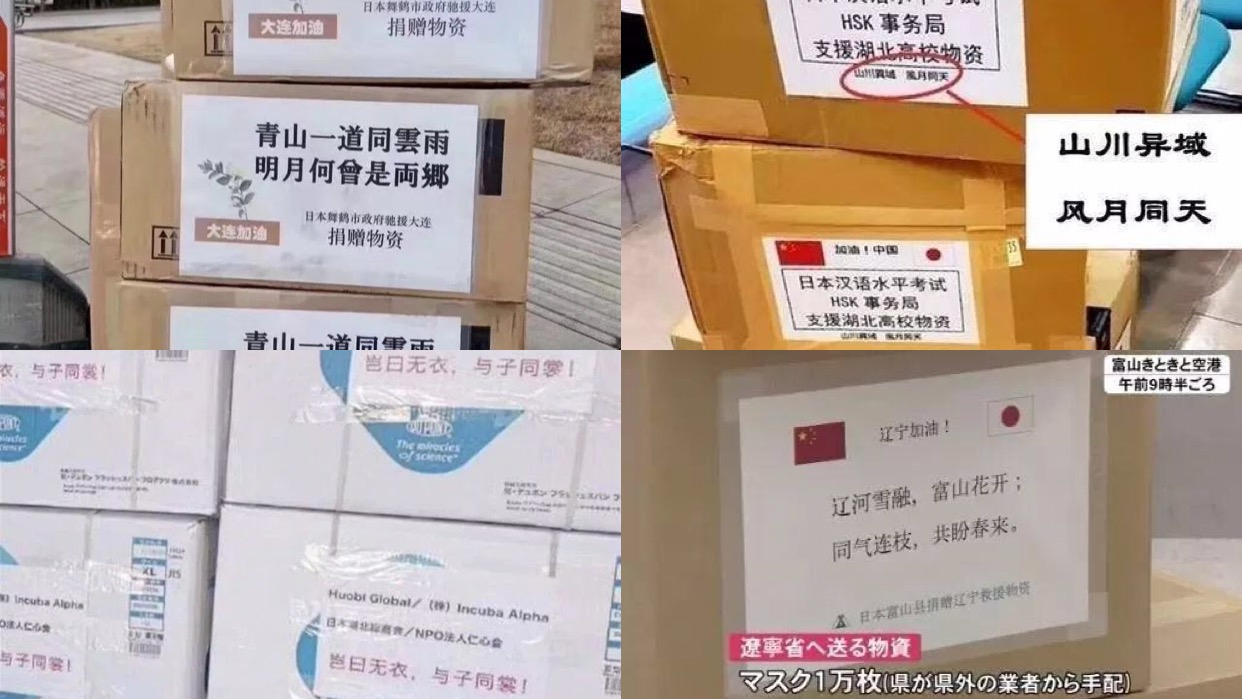 As a "return gift," China's donation of goods and materials to Japan was also accompanied by poetry.

On March 2, the Jack Ma Foundation donated one million face masks to Japan, and the line "Like the mountain range that stretches before you and me, let's share the same trials and hardships together," which was written by Wang Changling in Tang Dynasty, was printed on donation boxes.

This poetic expression of support soon appeared in China's donations to other countries.

On the supplies donated to Iran, "The sons of Adam are limbs of each other, having been created of one essence," a line from ancient Persian poet Saadi Shirazi was printed.

For donations to France, Victor Hugo's quote "United we shall overcome" appeared.

For supplies donated to India, a poem written by Buddhist monk Xuan Zang appeared: "By the Holy Lotus River where pure gold flows east. Looks back to the western shore at Buddha's sacred grove for many thousands of autumns."

Poetry, in this outbreak, has become a common language of support.