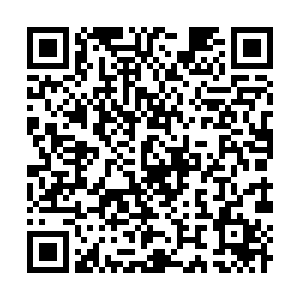 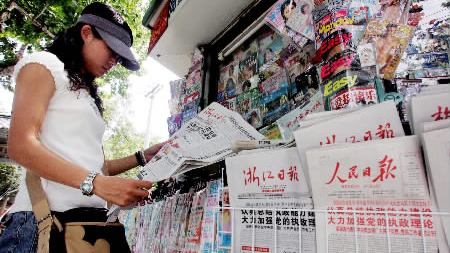 Joining trade, technology, defense and many others, media has become one more battleground between Washington and Beijing.

Following America's recent decision to categorize five China's media outlets as "foreign missions" and its order forcing four Chinese news outlets to reduce the number of their employees, the Chinese government instructed American journalists for three newspapers to hand back their press cards within ten calendar days to the Chinese authorities.

Both countries are now claiming to be reciprocal. And with both sides refusing to budge an inch, the tensions are now seeing a dramatic escalation that will likely damage the bilateral diplomatic ties.

Washington's move is far from reciprocal. According to China's report, there are much more U.S. media agencies in China than Chinese ones in the U.S., and most U.S. media agencies were given multiple-entry visas to China whereas Chinese news outlets were granted only single-entry to the U.S.

Washington's decision is even less to enhance the protection of free speech. It is said that by slashing the number of journalists, Washington's retaliatory steps will compel Chinese reporters to leave, who will no longer be able to report in the U.S.

In a letter written to the U.S. Department of Justice last month, 35 Republican senators and representatives called on to "clamp down on Chinese propaganda". China's news outlets are being singled out, and in terms of fettering freedom of expression, there has been nothing on such a grand scale in American history.

If tensions keep rising quickly, both sides know that they will be falling into a devastatingly dangerous spiral. Yet if commitments made in the U.S. Constitution are strictly carried out, distress can possibly be relieved.

In America's Constitution, Amendment I clearly established that "Congress shall make no law abridging the freedom of speech, or of the press", and through a series of decisions by the U.S. Supreme Court, perhaps most important ones being Everson v. Board of Education 1947, New York Times Co. v. Sullivan 1964, New York Times v. United States 1971, the protection of free speech has been largely expanded to include political words and speech on a wide variety of media. 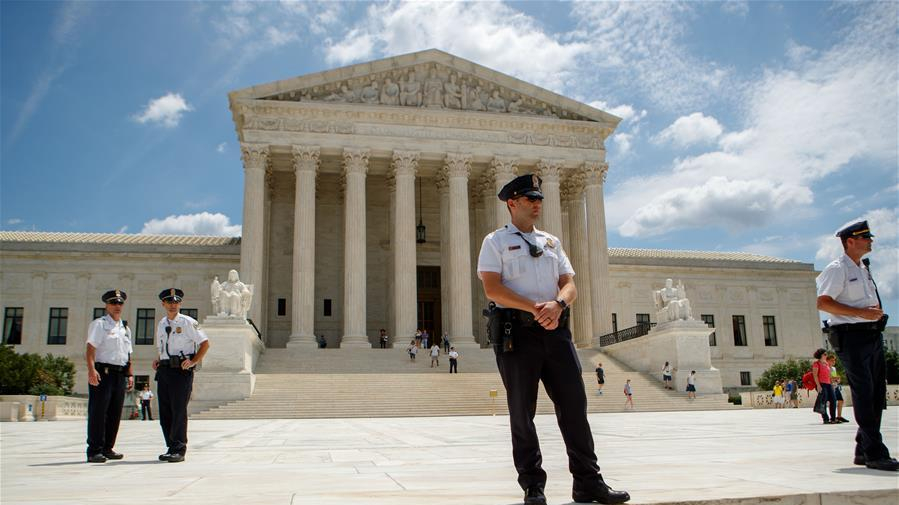 Of course some hawkish U.S. politicians who favor the gag rule would argue that these constitutional rights are confined to U.S. citizens.

But that is problematic. Take a look at the term in the Constitution - "No person … can be deprived of life, … without due process of law." Note the term is "no person", not "no citizen" or "no American". As the U.S. Supreme Court pointed out, "an alien is surely a person in any ordinary sense of the term". Thus, Amendment I is applicable to all bodies, including foreign entities in the United States.

Certainly there are some citizen-based rights in the American Constitution, which states that only American citizens can serve as president and congressman for the country, but these rights only constitute a very small portion of the constitutional rights. After all, the Constitution aims to safeguard "the liberty of all persons", regardless of nationality.

On many occasions the Supreme Court stressed that the First Amendment is designed to harness what the government is entitled to do and it is in this sense that most discriminatory measures made by the Administration in relation to the suppression of press and media were readily abolished.

So how does this play out in the context of the recent personnel cap? While it is true that the government's ban did not target concrete reports of Chinese media, the policy clearly interfered the reporting of the Chinese news outlets, substantially hampering Chinese journalists from covering news in the States. Therefore, the ban is more or less unconstitutional.

As a matter of supplement, Chinese media provides a different perspective for American audiences, introducing what is the Chinese way of thinking and what is happening in China. By all measures, China's news report would enhance the diversity, which has been deeply cherished in the American society and well protected by its supreme law.

Seen in this light, constraining Chinese media in the ways the Trump administration recently did only tarnishes America's diverse image and even runs foul of America's constitutional commitments.