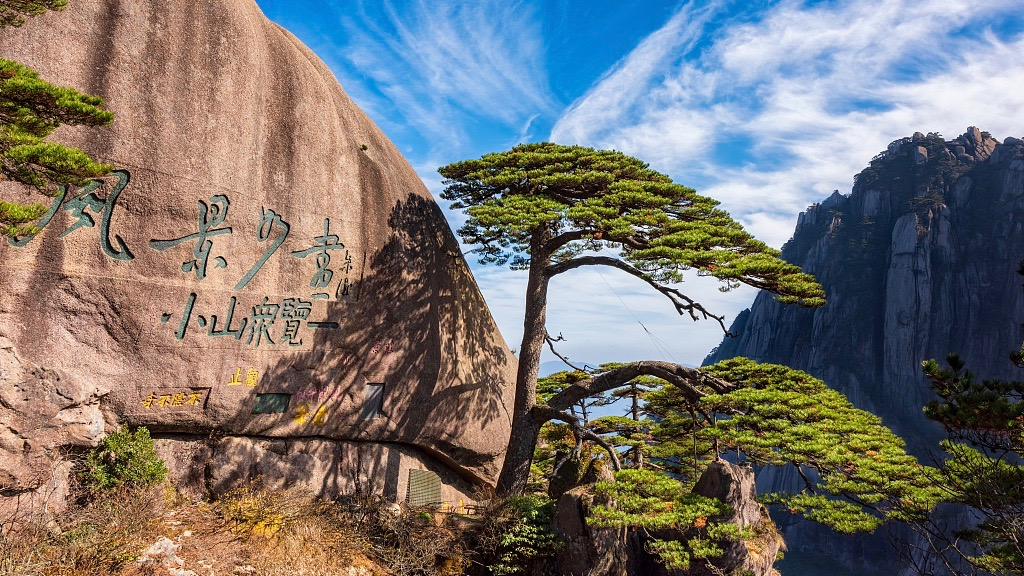 The tree, growing out of the rocks with a long branch extending over the mouth of a cave, got the name mainly because it appears to be greeting anyone who arrives at the scene. It is believed to be between 800 and 1,000 years old.

To further protect the tree, the management of the Huangshan Mountain will use 3D laser scanning, close-range photography, drone shots and virtual reality technology for building a digital profile for the tree.

The work is expected to last from March 20 to April 25. During the process, the workers will also conduct a thorough check on the body of the tree.

The local government has introduced a system of designating guardians or rangers for patrolling the tree around the clock. The first guardian was appointed in 1981. The tradition has been going on ever since.