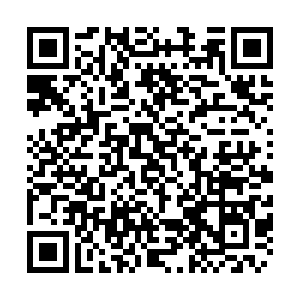 The impact of the epidemic on the A-share market has gradually been digested, said Li Chao, vice chairman of China Securities Regulatory Commission at a press conference on Sunday.

Global stock markets have suffered devastating declines over past weeks due to fears caused by the wide-spreading coronavirus outbreak. U.S. stocks plunged, with the S&P 500 triggering a circuit breaker for a record four times in just 10 days.

Undoubtedly, China's financial market also took a hit from the epidemic. But compared to the overseas markets, China's A-share market had relatively small volatility. Some even questioned whether A-share market would become a safe haven under the current circumstances.

Explaining why China has managed to maintain relative stability, Li attributed this to a low level of valuation and abundant liquidity of the A-share market.

Additionally, the macro-environment facing the A-share market is different as China's epidemic prevention and control is currently at a different stage from overseas, Li added.

"The impact of the epidemic on the A-share market has been gradually digested, and the resumption of production is also accelerating. In a quick survey we did in early March, 2,700 listed companies have resumed work exceeding 98 percent...For small and medium enterprises, the resumption of work is more than 80 percent. From these data, we can see some very positive signals."

China's economy to improve in Q2

"China's economy is overall stable and the fundamentals of China's long-term positive economy have not changed, with real economic activities having gradually improved," said Chen.

Chen said that while downward pressure on the global economy is increasing, he said he expects significant improvement in the Chinese economy in the second quarter.

He expected China's yuan currency to remain stable around 7.0 to the dollar in the near term, due in part to ample foreign exchange reserves.

The country's debt market is stable, with no significant rise in defaults, Chen said during a briefing where he was joined by other senior Chinese financial regulators.

Global policy coordination would be helpful to manage the economic impact of the coronavirus pandemic.

Chen said that PBOC Governor Yi Gang had exchanged views with U.S. Federal Reserve Chairman Jerome Powell, the International Monetary Fund and other agencies, regarding the impact of the outbreak and effective policies to deal with the setbacks.

Central banks worldwide have rolled out economic support packages over the past weeks, in an effort to help mitigate the growing fluctuation in the global financial markets under the impact of the coronavirus outbreak.

In China, the central bank has rolled out powerful easing measures since the coronavirus outbreak, including injecting 100 billion yuan (about 14.33 billion U.S. dollars) into the financial system via medium-term lending facility. Additionally, the PBOC freed up 550 billion yuan by cutting the reserve requirement ratio effective March 18.

Combined with previous supportive policies and the fact that the virus situation has gradually stabilized in the Chinese mainland, with no new domestic transmissions reported on Thursday for the first time, the Chinese central bank announced on Friday the one-year loan prime rate (LPR), a lending reference rate set monthly by 18 banks, remained.

Chen said at the conference that the PBOC will continue the reform of the LPR and reduce the real interest of loans.

The U.S. Federal Reserve made another emergency interest rate cut to zero on March 15, trying to stay ahead of disruptions and economic slowdown caused by the rapidly spreading coronavirus.