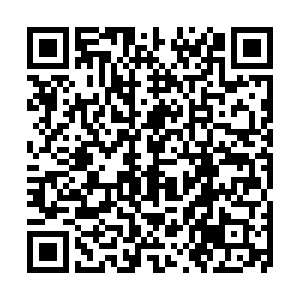 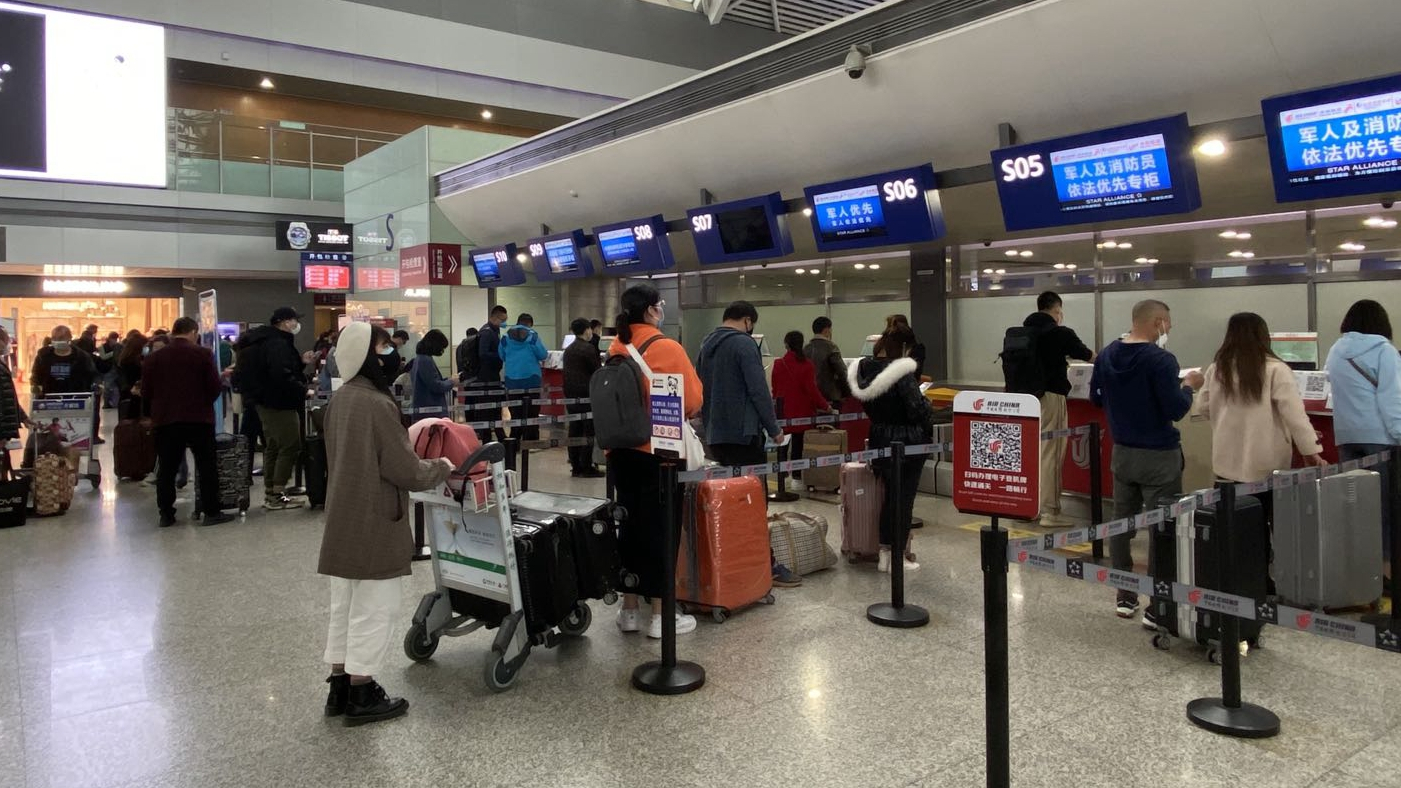 Civil aviation is among the industries worst hit by the COVID-19 epidemic. As the situation across China gradually shows signs of improvement, airlines are taking proactive measures to make up for their losses.

According to the Civil Aviation Administration of China (CAAC), passenger traffic of China's airlines in February plunged by 84.5 percent year-on-year to 8.34 million trips, and the whole aviation sector suffered losses of 24.59 billion yuan (about 3.46 billion U.S. dollars). 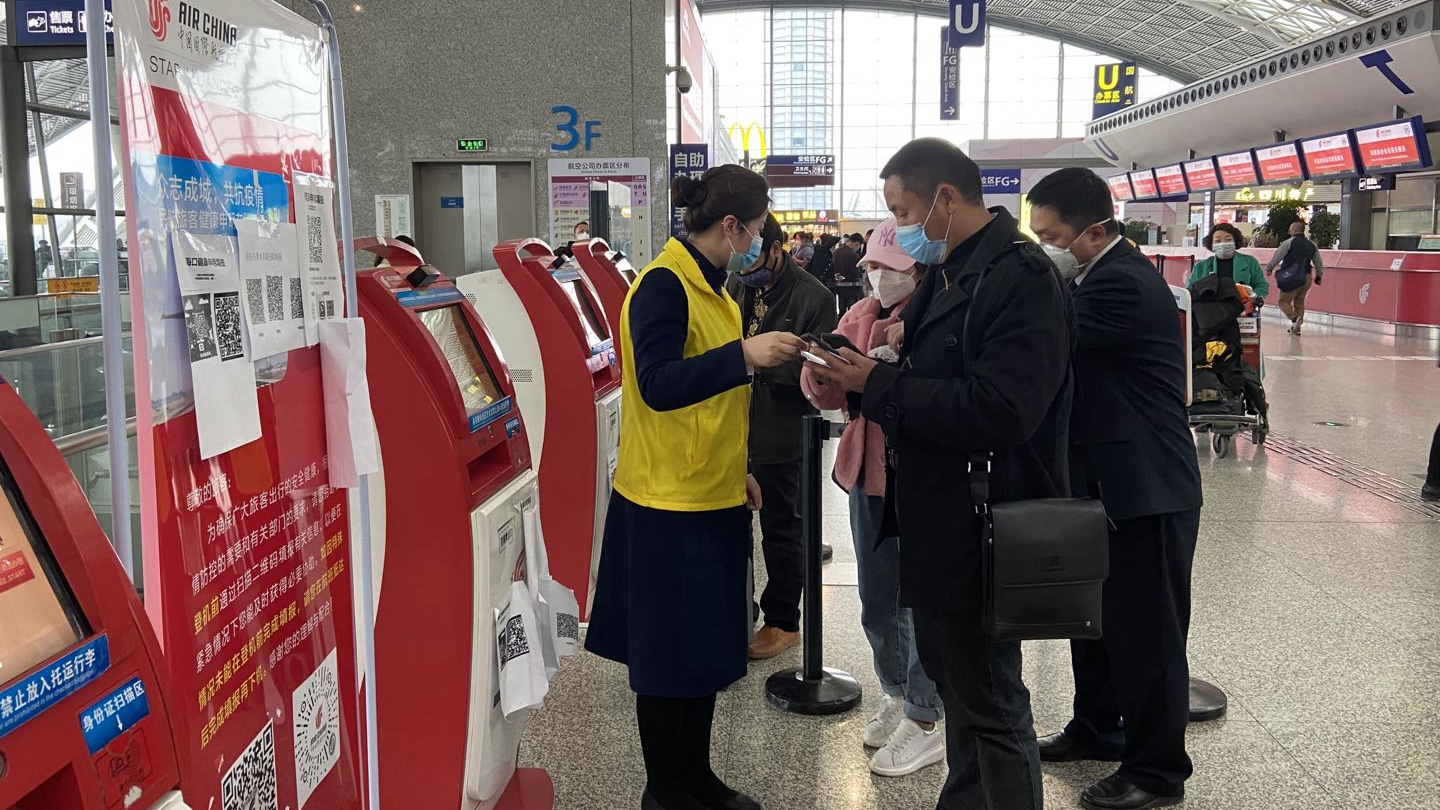 "During a 9 a.m.-10 p.m. dayshift, we served about 1,000 passengers departing Chengdu when the epidemic was serious. Now the number has risen to 6,000 to 7,000," said Wang Gang, a check-in counter manager of Air China at the Chengdu Shuangliu International Airport, one of China's largest in terms of passenger throughput. He noted that the number is almost half of the maximum at ordinary times.

Most airlines have offered considerable discounts for the tickets on many routes. For example, on March 18, the cheapest ticket from Shenzhen in south China's Guangdong Province to Chengdu, the capital city of southwest China's Sichuan Province, a nearly three-hour flight, was only 30 yuan. That's about four U.S. dollars and 30 cents, which was offered by the Chengdu Airlines.

"I seldom take planes back to work. Many of my friends told me though that tickets are very cheap lately, so I chose this way this time," a passenger at the Shuangliu airport told CGTN on condition of anonymity. 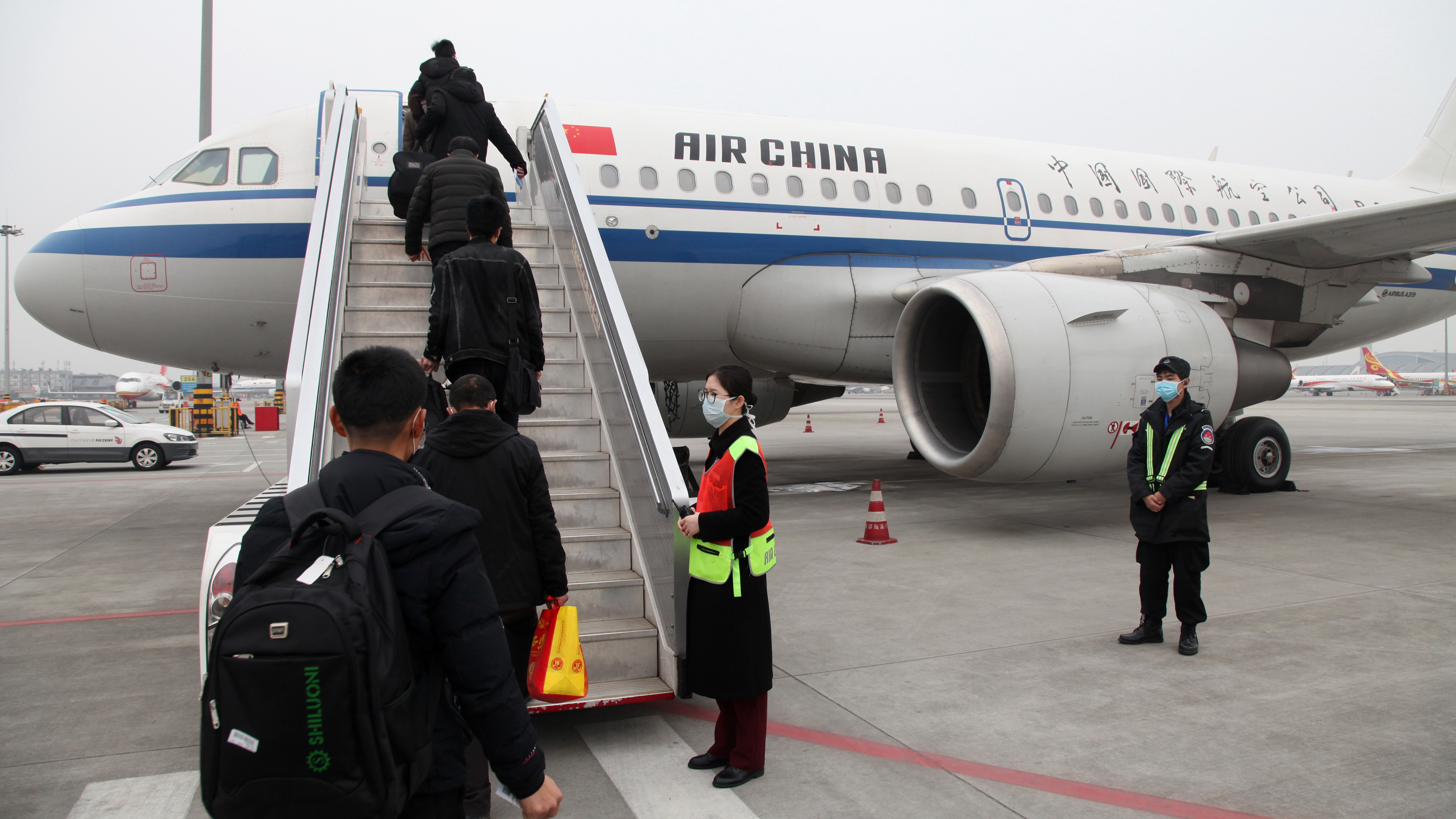 In response to the business resumption trend, many airlines are also offering chartered flights to help enterprises get their workers back. The labor forces in China's big cities are mostly from rural areas, where different means of transportation have been disrupted due to measures to contain the virus.

"So far, we have arranged 15 chartered flights. This has facilitated business resumption in different regions, including Tibet and Xinjiang," Zhong Dechao, the Party secretary of the Southwestern Branch of Air China, the nation's flag carrier, told CGTN.

Zhong said the service could partly ease the airlines' pressure. "But our top concern is local economic recovery. This is also our social responsibility," he said. 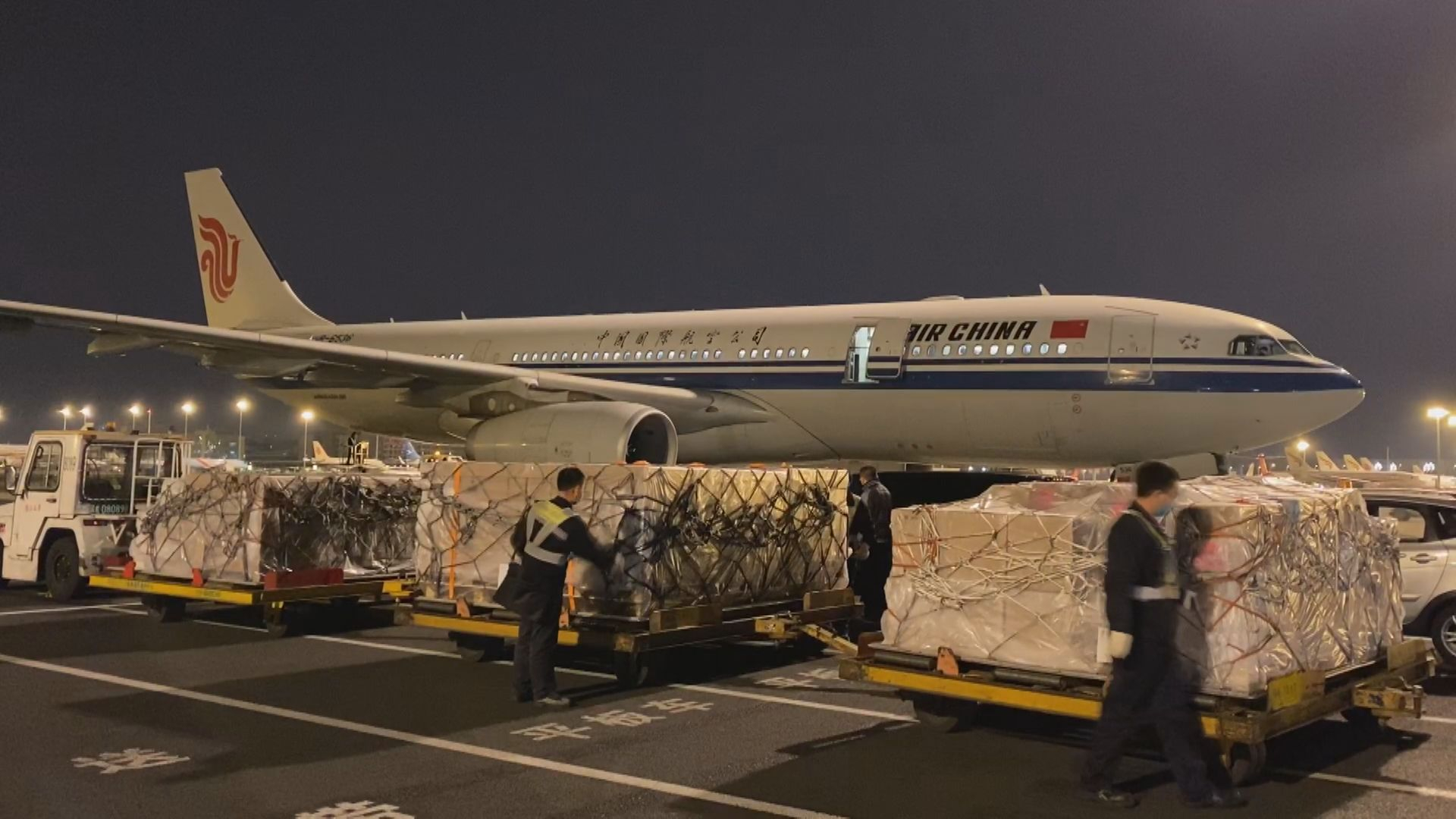 Some electronic products are ready to be loaded to an Air China plane bound for Singapore. /Southwestern Branch of Air China

Some electronic products are ready to be loaded to an Air China plane bound for Singapore. /Southwestern Branch of Air China

Cargo transportation has become an important business for some airlines as well. The Southwestern Branch of Air China reopened its route between Chengdu and Singapore in early February. Since then, it has continued transporting electronic products for companies in Chengdu like Intel.

"We operate one flight each day, which is always fully loaded. About 10 tonnes of products are delivered each time," said Zhong, noting that the volume has seen an obvious increase as few options are available.

Some airlines have fixed their eyes on the future. Ctrip, China's leading online travel agency, has launched a tourism revival plan by collaborating with scenic spots, hotels and airlines. It encourages customers to preorder tickets for future travel at favorable prices.

Lu Yang, a public relations officer of Ctrip, told CGTN that there are more than 100 domestic and international air routes for presale, and some 10 airlines have joined the program, including China Eastern Airlines, Capital Airlines and Sichuan Airlines.

But with the virus still spreading globally, airlines are now faced with new challenges. Many have canceled the plan to resume their international flights.

"We are always on standby. We will guarantee the full support to the whole society on air transportation once the government and market need us," said Zhong.