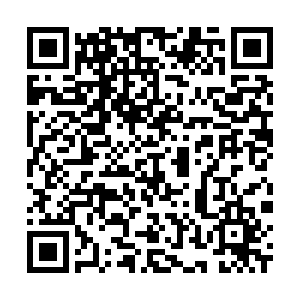 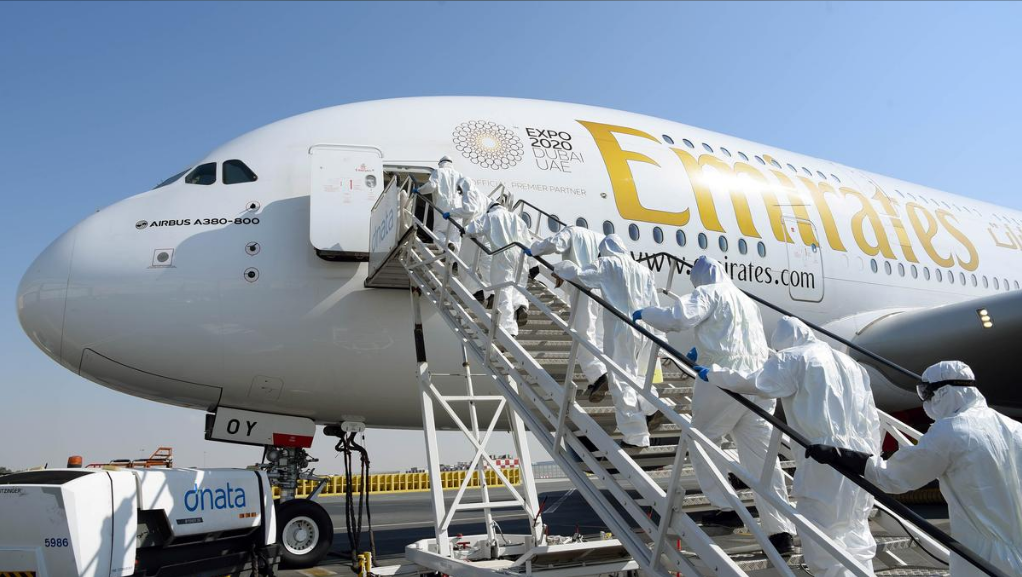 Members of cleaning staff in protective suits board an Emirates Airbus A380 to disinfected it against the coronavirus, in Dubai, United Arab Emirates. /Reuters

Members of cleaning staff in protective suits board an Emirates Airbus A380 to disinfected it against the coronavirus, in Dubai, United Arab Emirates. /Reuters

The UAE, home to major carriers Emirates and Etihad Airways, will suspend all inbound and outbound passenger flights and airport transit for two weeks to help curb the spread of the coronavirus.

The decision will take effect in 48 hours and is subject to reassessment, noting that cargo and emergency evacuation flights were exempt.

Emirates, one of the world's biggest long-haul airlines, said on Sunday it would stop nearly all passenger flights this week and cut staff wages by as much as half because of the coronavirus impact on travel demand.

Globally, the number of scheduled flights last week was down by over 12 percent compared to the same period a year ago, flight data provider OAG says, and many airlines have announced further cuts to come.

Singapore Airlines Ltd had been planning to halve its international capacity before the city-state's government on Sunday banned short-term visitors from transiting or entering the country.

It increased that to a 96 percent cut through the end of April on Monday due to what it described as the "greatest challenge the company had faced in its existence". The airline normally relies heavily on connecting passengers from markets like Australia to Europe and India to North America through its hub. Singapore Airlines said it would look to defer aircraft deliveries and it had drawn on lines of credit to meet immediate cashflow requirements.

Some Australian states and territories are now requiring arrivals from other states to self-isolate for 14 days.

Regional Express Holdings Ltd (REX), which serves remote Australian towns, said it would shut all operations except some subsidized routes in Queensland state from April 6 unless governments quickly expressed a willingness to underwrite its losses.

Australia's largest airport operator, Sydney Airport Holdings Pty Ltd, said on Monday it was looking to lower its capital spending from its previous forecast of 200-257 million U.S. dollars to focus only on critical projects due to the fall in traffic.

In the Chinese mainland, domestic capacity has been rising as some internal restrictions are loosened, but there are concerns that passengers on international flights could import the virus.

China's aviation regulator said all international flights due to arrive in Beijing would be diverted to other airports as their first port of entry beginning on Monday, as the country steps up measures to battle the coronavirus.