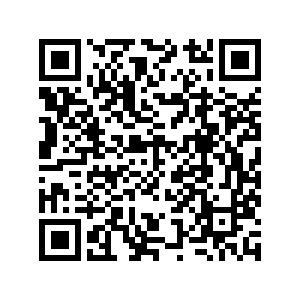 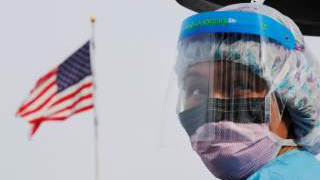 As the deadly and highly contagious coronavirus disease known as COVID-19 continues to spread, over 340,000 people have been infected globally while the situations in Italy, Spain and the U.S. continue to deteriorate. Secretary-General António Guterres called this pandemic "a human crisis."

In a moment when governments worldwide are joining hands and fighting every second to stop a global catastrophe, the Trump administration appears to be focusing its energy on a "PR campaign" that looks to capitalize on the dangerous pandemic and pin the blame squarely on China, where cases of the novel coronavirus were first reported.

On Friday, the White House issued a set of talking points to administration officials centered on "China's missteps" in the initial stage of the crisis, according to a government cable obtained by American news and opinion website The Daily Beast. The cable asked U.S. officials to communicate to news media a unified message underscoring China's "cover-up" of the pandemic, likely referring to stories like that of doctor Li Wenliang, who, along with seven other doctors, was disciplined by local authorities for "spreading rumors" about the virus. 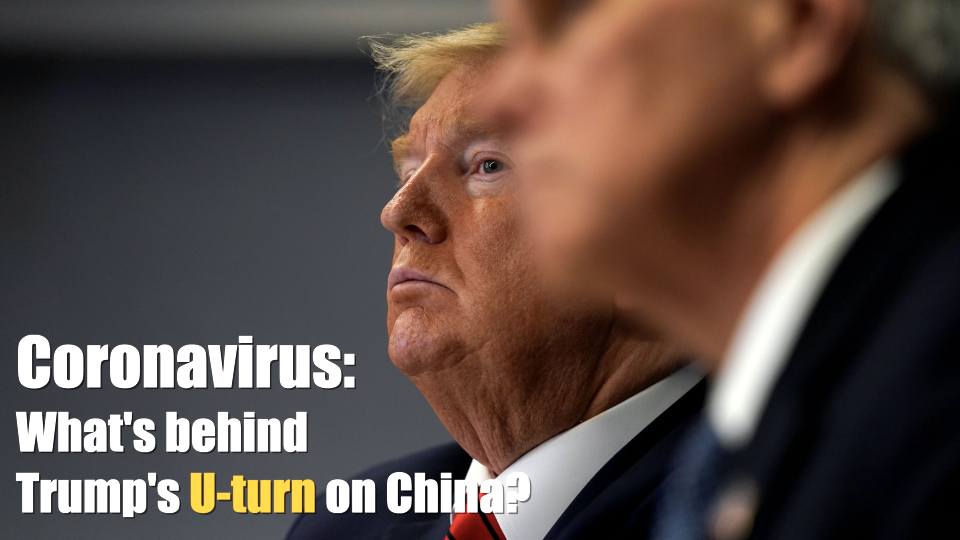 There was no denying that their warning fell on the deaf ears of local health officials at the time, but Chinese authorities took swift actions thereafter, starting with the unprecedented lockdown of the transportation hub Wuhan. China's National Health Commission (NHC) later shared the genetic sequence of the novel coronavirus with the World Health Organization (WHO).

Meanwhile, after the viral outbreak was officially declared, vindication came when China's Supreme Court published an article criticizing local authorities for their behavior toward Li.

As medical professionals from around the country toiled around the clock on the frontline, the Chinese public demanded answers over how local officials handled the outbreak in the early days. Two high-ranking Hubei officials were dismissed amid growing criticism in early February. While major cities were cordoned off to prevent the spread of the virus, Chinese factories were racing to manufacture medical supplies.

As China slowly recovers, its medical experts are now bringing their freshly-gained experience along with hundreds of tons of supplies, including critically-needed masks and ventilators to countries including Italy, Serbia and Iran. It has also pledged to help dozens of countries as they cope with the severe public health crisis. 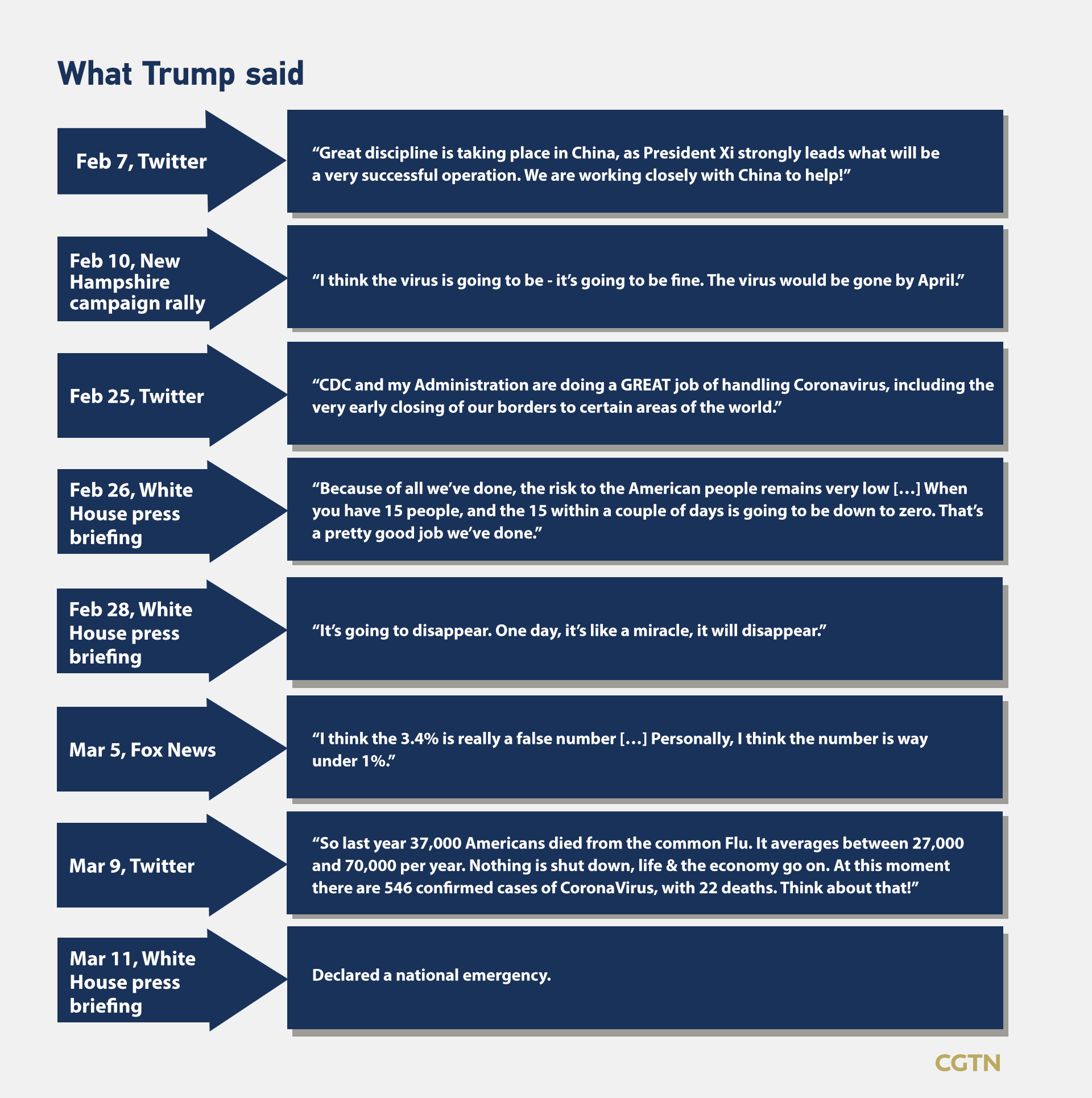 The directive that appears to have originated in the National Security Council, according to The Daily Beast, largely contradicts Trump's earlier reactions in which he thanked Chinese President Xi Jinping and lauded the country's effort in combating the disease. In the days leading up to The Daily Beast report, Trump and State Secretary Mike Pompeo repeatedly used the term "Chinese virus" despite warnings from both the U.S. Centers for Disease Control and Prevention (CDC) and the WHO that such usage fuels hate crimes against not only Chinese people, but people from Asian backgrounds.

On the surface, Trump is retreating to his default setting when confronted with a challenge – blaming the CDC for botching virus tests, Barack Obama for not leaving him with enough masks and now China for causing the COVID-19 pandemic. In fact, he recently claimed that as the wartime commander-in-chief, he does not take responsibility "at all" for not providing Americans with enough test kits.

On a deeper level, the move hits two birds with one stone. By blaming everything on China, Trump looks to deflect mounting domestic criticism for his administration's unpreparedness while tarnishing the image of America's main geostrategic rival.

By doing this, Trump also plays into the hands of militant right-wing interests that look for further decoupling from China, according to Wang Yong, Director of the Center for American Studies at Peking University. "Through further decoupling from China amid the trade conflicts, the president has an eye on bringing jobs back to the U.S. to address the country's perennial problem of its manufacturing hollowing-out," he added.

"As two of the world's largest economies, China-U.S. cooperation in fighting the pandemic is crucial not only for the U.S. but also the world," Wang told CGTN. "[For Trump to] engage in a fictitious propaganda effort will have a detrimental effect on bilateral relations and obstruct diplomatic channels."

Wang also noted that the Trump administration's obsession with the blame game is partly to get additional leverage in the competition with Democrats during this election year.

U.S. intelligence agencies warned the president of the dangers of COVID-19 and the potential for a global pandemic as early as January, according to The Washington Post. Despite repeated advice urging swift actions to curb the spread of the disease, Trump and U.S. lawmakers downplayed the risks associated with the virus and echoed the popularly misleading rationale that compared it to a seasonal flu. 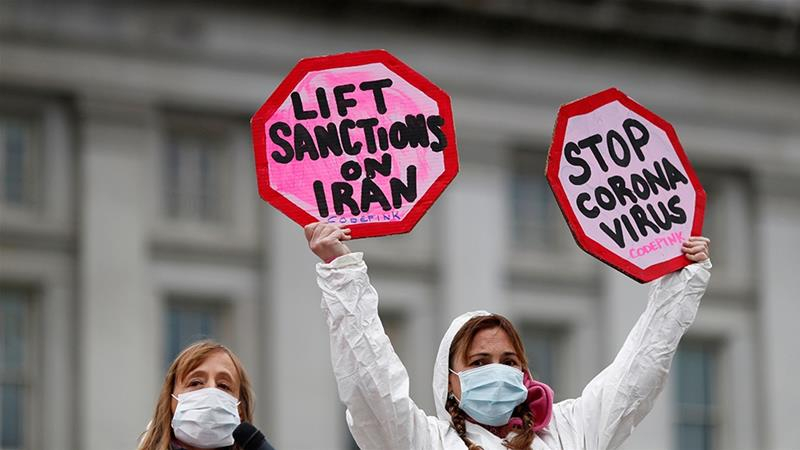 People attend a protest in Washington, DC against United States sanctions on Iran, where the death toll from COVID-19 is rapidly rising /Reuters

People attend a protest in Washington, DC against United States sanctions on Iran, where the death toll from COVID-19 is rapidly rising /Reuters

In classic Trumpian hyperbole, the cable also painted the U.S. and the American people as "extraordinary humanitarians," according to the Daily Beast website.

In reality, the Trump administration has done little to show its charitable side in the midst of a global disaster. In mid-March, just as the death toll continued to climb in hard-hit Iran, the U.S. continued its "maximum pressure" campaign and further tightened sanctions against the country. It went as far as to blacklist a dozen companies that traded in Iran's petrochemicals – a critical lifeline that upholds the country's teetering economy.

Inside the U.S., thousands of Americans who are in the battle for their lives or the millions of people around the world at risk of catching the virus.

As the number of coronavirus cases grows and drastic measures are taken, some Americans are being pushed like never before. Children from low-income families who eat free or subsidized meals in school, for instance, are affected by school closures that may last weeks. Long lines of cars are pouring out of school parking lots throughout the country, filled with families waiting to receive free meals handed out by school staff. People who can't afford nutritious or wholesome food are also going to food banks for free groceries, much of which are donated by local stores. With panic-buying depleting the shelves, donations from these stores have become scarce at a time when demand is surging.

Deficiencies in the capacity and technology of many local governments have also been exposed. With more people laid off due to a service sector hit hard by bans on large gatherings and people fearing cross infections, unemployment offices are swamped with requests for financial help. Those choosing to apply for benefits online are seeing loading screens and long wait times as they overwhelm outdated government websites. Meanwhile, stories of medical equipment shortages in hospitals nationwide continue to surface, in which doctors and nurses on the frontline reuse single-use masks and disposable gowns, while the Centers for Disease Control and Prevention have had to issue guidance on using bandanas and scarves to cover faces if there are no better options.

The Trump administration's message as demonstrated in the cable continues to sow a message of division. In times of crisis, a response of global solidarity from a world leader would better serve frontline workers and ordinary people fearing for their health and livelihood.