COVID-19 Global Roundup: The impact of coronavirus on prisons
CGTN 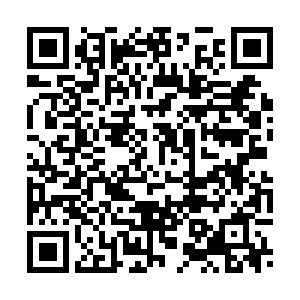 Editor's note: This is the 21st article in the COVID-19 Global Roundup series. Here is the previous one.

With the global pandemic infiltrating every corner of the world, many are beginning to worry about the dire consequences of its arrival in prisons. Given that prisons are crammed with inmates confined to limited space and suffer from poor sanitary conditions, the penetration of coronavirus could deal a fatal blow to sites that are meant to house people convicted of crimes.

Succumbing to such fears, a prison riot in Colombia's capital Bogota broke out late on Saturday, which left 23 prisoners dead and 83 injured, the justice minister said on Sunday, as detainees protested sanitary conditions amid the global outbreak of coronavirus. 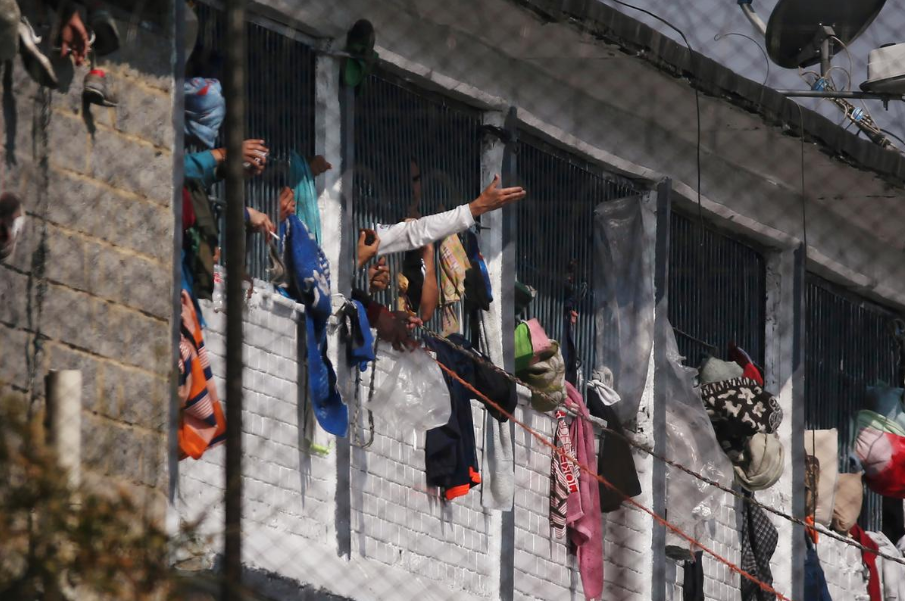 Prisoners are seen in cell windows inside the La Modelo prison after a riot by prisoners demanding government health measures against the spread of COVID-19 in Bogota, Colombia March 22, 2020. /Reuters

Prisoners are seen in cell windows inside the La Modelo prison after a riot by prisoners demanding government health measures against the spread of COVID-19 in Bogota, Colombia March 22, 2020. /Reuters

Graphic cell phone videos were posted to social media late on Saturday showing what appeared to be the inside of the prisons. Some showed small fires, others injured prisoners and guards. In one video, a man says the incarcerated have been "abandoned like dogs" amid the virus outbreak.

No prisoners escaped during the riots, Cabello said. "There is not any sanitary problem that would have caused this plan and these riots. There is not one infection nor any prisoner or custodial or administrative staffer who has coronavirus."

The office of the human rights ombudsman called on the government to declare a prison emergency which could allow early release for older prisoners. "This way there could be exceptional circumstances that would facilitate releases and temporary rules for those over 60 and with sentences of up to eight years," the office said on Twitter.

The Andean country will enter a nationwide lockdown aimed to stem infections from Tuesday night. So far 231 people have been confirmed infected with the disease and two have died.

Colombia's 132 prisons have an 81,000-inmate capacity but house more than 121,000 prisoners, according to figures from the Justice Ministry.

Prison revolts in relation to the coronavirus are not unique to Colombia. In Italy, dozens of prison revolts sparked by virus containment measures, including a ban on family visits and leave permits, erupted across the now hardest-hit country by early March. The series of riots and protests led to large-scale vandalism, escape attempts and clashes between inmates and prison guards that have left 12 dead and 16 others escaped.

According to Justice Minister Alfonso Bonafede, about 6,000 prisoners were involved in the unrest.

In the United States, confirmed cases of COVID-19 emerged in the country's expansive prison system last week. New York city has seen the largest such outbreak in the notorious Rikers Island complex and nearby jails with at least 38 people infected. 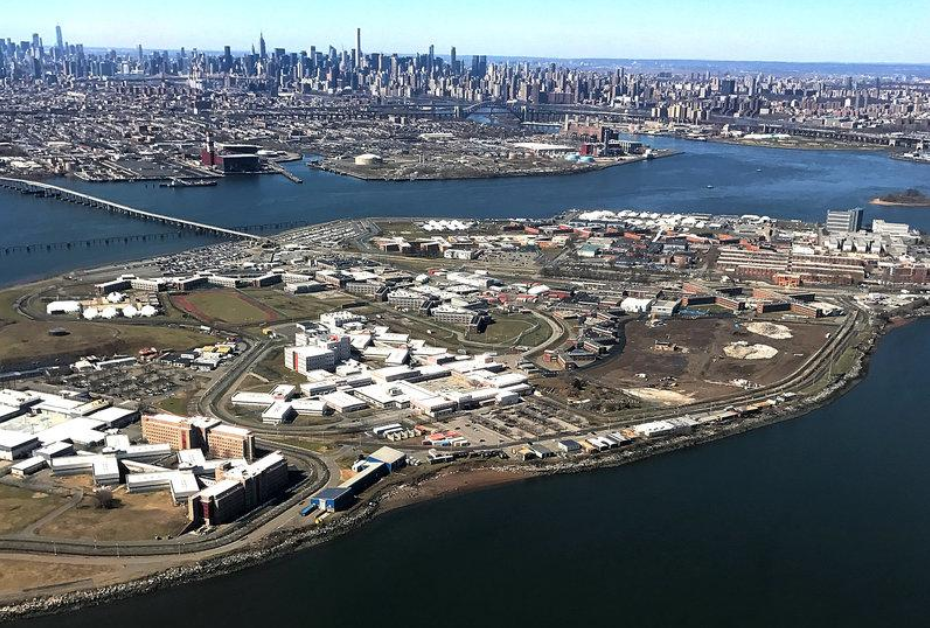 Growing concerns have driven advocates to call for proper government measures to minimize the damage the virus could inflict on prisoners. Local governments across the country are also releasing thousands of inmates in an unprecedented effort to prevent an outbreak in the vast network of federal and state prisons, county jails and detention centers.

In response to the Rikers outbreak, Mayor Bill de Blasio said 23 inmates were set to be released Sunday, all older and at low risk of offending again, and 200 additional inmates were being reviewed for release.

The U.S. has the largest prison population in the world, with roughly two million people behind bars on any given day, and the highest per-capita incarceration rate.

It's a tightly packed, fluid population that is already grappling with high rates of health problems and, when it comes to the elderly and the infirm, elevated risks of serious complications. With limited capacity nationally to test for COVID-19, men and women inside worry that they are last in line when showing flu-like symptoms, meaning that some may be infected without knowing it.

From the start, public officials and advocates called for a reduction in the size of their jail and prison populations, saying they were a tinderbox for the virus, not just inside correctional facilities, but society at large. Hundreds of incarcerated men and women have already been released, including 600 in Los Angeles and 300 in San Francisco. Other places talking about early releases include Travis County, Texas, and Cuyahoga County, Ohio.

Mounting pressures caused by the coronavirus on the prisons system have also led Iran to act. The Islamic Republic has so far temporarily freed some 85,000 inmates, including mostly non-violent offenders serving short sentences and some political prisoners.

According to Al Jazeera, many of the detainees released last week were protesters who were arrested for participating in the anti-government demonstrations back in November.

Although all released prisoners are expected to be taken back into custody on April 3, Iran's state TV said its government was to pardon 10,000 prisoners, including some charged with political crimes, in honor of the Iranian New Year on Friday. It is not yet clear whether these pardons have been issued.

(Cover image: A guard tower is shown at a state prison in Corcoran, California October 1, 2013. /Reuters)