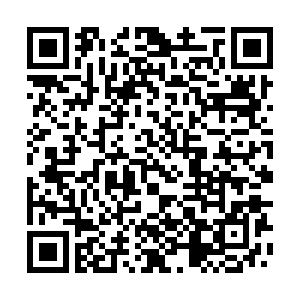 Chinese Ambassador to the United States Cui Tiankai said it is Washington that first started the coronavirus blame game, as the war of words between the two giant economies continued.

It is "very harmful" for diplomats and journalists to speculate the origin of COVID-19, it is a job for the scientists, Cui said in an interview with AXIOS and HBO on March 17, calling on Washington's politicians to stop spreading conspiracy theories.

The interview script was made public on March 23 on the website of the Chinese Embassy.

U.S. President Donald Trump called the novel coronavirus (COVID-19) a "Chinese virus" for the first time on his Twitter account on March 16 and has repeated the rhetoric since then.

Speaking to reporters at a White House daily press briefing on March 18, Trump said there was nothing wrong with calling the coronavirus a "Chinese virus," stressing that it had originated in China.

Trump's comments came after Chinese Foreign Ministry spokesperson Zhao Lijian's tweet that suggested the U.S. army might have brought the virus to Wuhan in October 2019.

When was asked about spokesman Zhao's words, Cui said he is not in the position to interpret Zhao's words.

He said his position was "all along" that it is dangerous to spread rumors, referring to one interview he did in February 9 with CBS's program "Face the Nation."

In that interview, he responded to an assertion from Republican Senator Tom Cotton of Arkansas who said the coronavirus could have come from China's biological warfare program. Cui said the accusation was "absolutely crazy."

"Of course, there are all kinds of speculation and rumors," he said. "There are people who are saying that these viruses are coming from some military lab, not of China, maybe in the United States. How can we believe all these crazy things?"

In the March 17 interview, Cui said the conspiracy "was first initiated [in the U.S.]," and insisted that certain politicians stop speculating as scientists would eventually discover the origin of the virus. 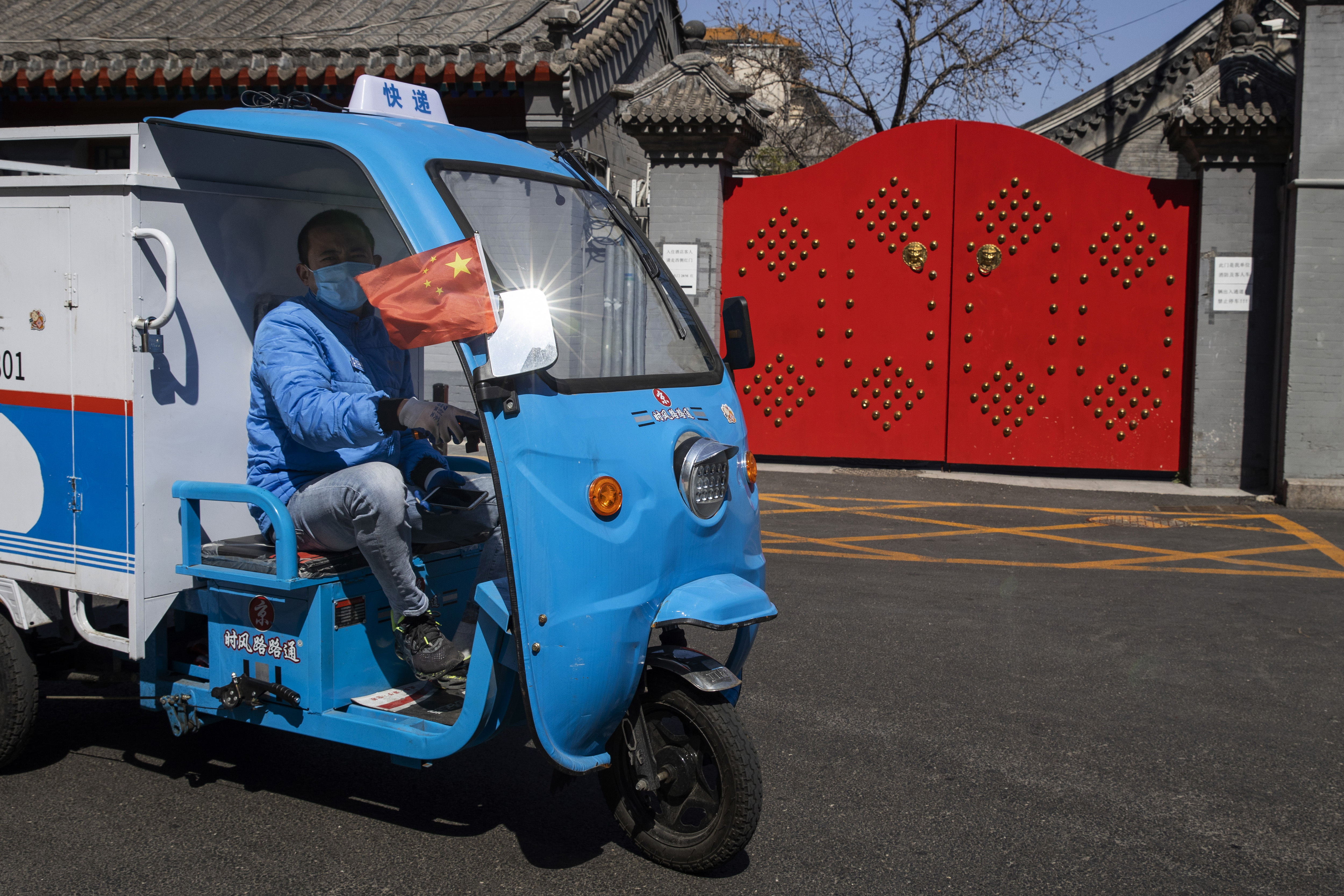 Cui firmly rejected accusations that the Chinese government tried to cover up the outbreak and stop people from getting information about people-to-people transmission in the early stages of the epidemic.

"It's not a process of covering up… It is a process of discovering this new kind of virus, to do a good job in identifying the virus, know more about it, learn more about the routes of transmission and how to respond," Cui said.

As soon as China deciphered important data, such as the genetic sequencing of the novel coronavirus, it shared "everything" with the World Health Organization, and alerted other countries, Cui said.

China imposed strict travel restrictions and quarantine measures across the country to contain the outbreak, he said, adding that with the "resolute and determined efforts, the number of cases in China is coming down significantly" in the past 55 days.

As of March 22, China's Hubei Province, the epicenter of the outbreak, reported no new cases for the past five days. Meanwhile, 39 new cases were registered, all of which originating from abroad, official data showed.

When was asked about the deceased Dr. Li Wenliang, who tried to warn his colleagues about COVID-19 in late December and was later asked to sign a letter of admonition, Cui said information was distorted, as Dr. Li was consulting his colleagues about an unclear virus, not trying to alert the public.

"Somehow this piece of information got outside of his circle of fellow doctors and it certainly caused concern," Cui said, adding that his case was still under investigation.

The Wuhan Public Security Bureau later admitted the "inappropriate handling" and made an official apology to his family.

The police also revoked the admonition letter, in which he was accused of "spreading rumors." 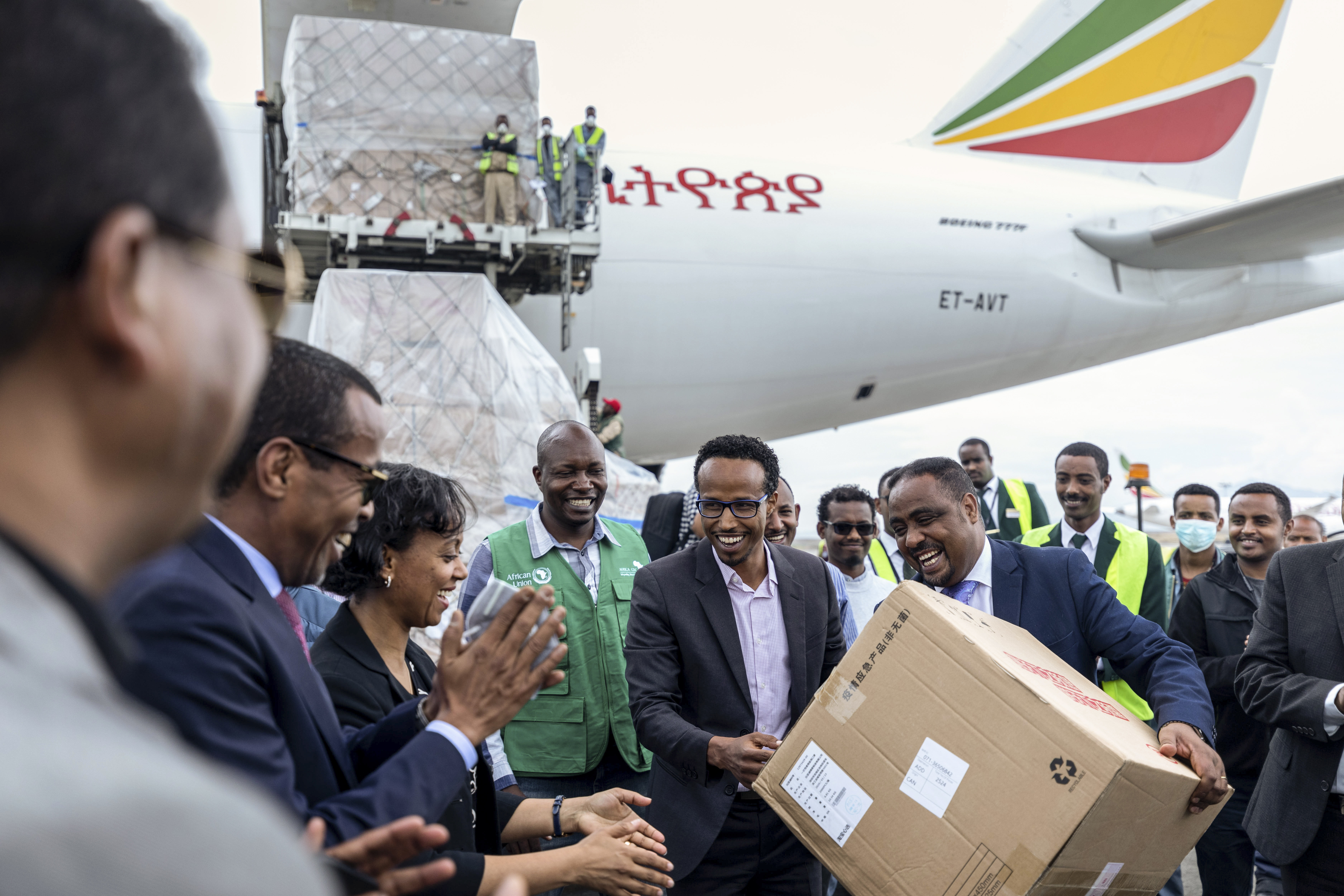 Cui said China will make sure the infected cases are reduced to zero in the coming days and focus on developing drugs and vaccines.

China will continue to work with the WHO and help other countries hit by COVID-19, he added.

According to China's Foreign Ministry, the country has offered assistance to 82 countries as well as the WHO and the African Union. These medical supplies included test kits, masks and protective clothing.

It has also sent medical experts to Iran, Iraq, Italy and Serbia to help local doctors to contain the outbreak.

Cui also praised the help China received from American companies. "We are also very grateful at the initial stage so many countries came to our help, including the American people, American businesses, American institutions, American specialists. Some of them came to China at a very early stage, some of them joined the WHO expert team."

The ambassador said that China and the U.S. stood at a "critical juncture" and that efforts from both sides are needed to build a healthy bilateral relationship.

Both countries have no alternative than cooperation with each other, he said.

The two countries should "reject any attempt to stir up confrontation or even start a new Cold War," and both sides should develop a relationship based on coordination, cooperation and stability, he stressed.