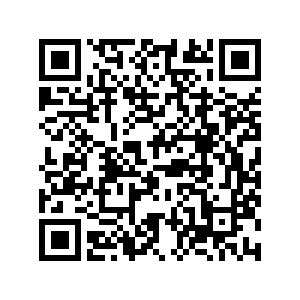 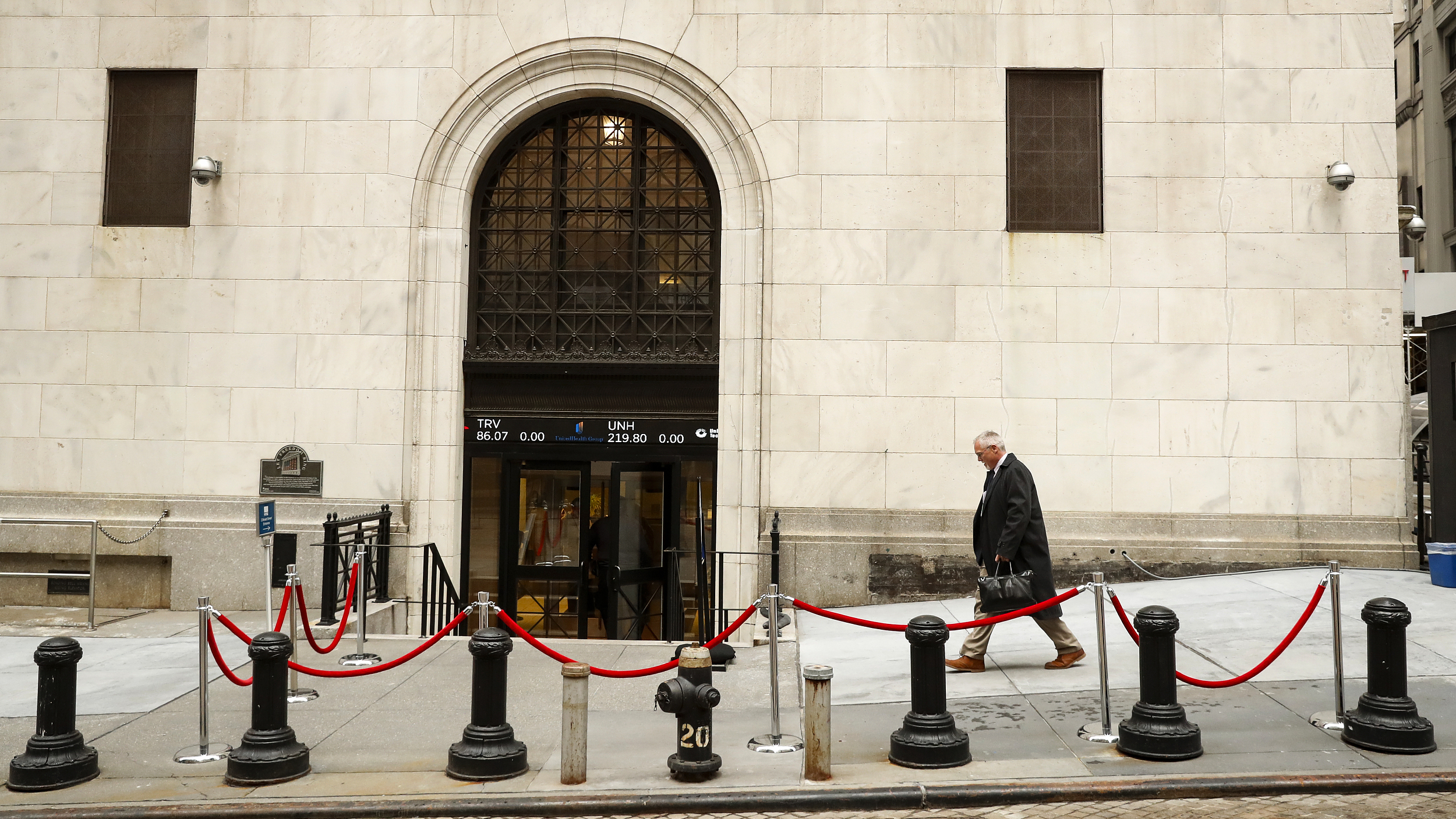 The call for temporarily closing financial markets is getting louder as global financial assets' prices are in turmoil, against the backdrop that fears on global economic prospects have increased amid the ongoing coronavirus outbreak.

World stock markets have been on a roller-coaster over the past few weeks. U.S. stocks have already plunged more than 30 percent from their mid-February peak, with the S&P 500 triggering a circuit breaker for a record four times in just 10 days.

Some top asset managers raised a solution of temporarily closing financial markets amid the devastating volatility, on a conference call with the Bank of England's new governor Andrew Bailey, The Wall Street Journal reported earlier.

"They [financial markets] might be shut down for health reasons. It is a bad idea to shut them down just because volatility is high," Harvey told CGTN.

"When you close markets, you shut off the ability of people to liquidate and to buy. There is information that others learn from price movements. Cutting off that information is never a good idea," he added.

Speaking of the effectiveness of shutting down financial markets, "there is logic if there are significant information asymmetries, meaning certain people have inside information and stop trading," Harvey said, adding that this happens sometimes for acquisitions.

However, he emphasized this does not apply to the market overall unless there are extraordinary circumstances. 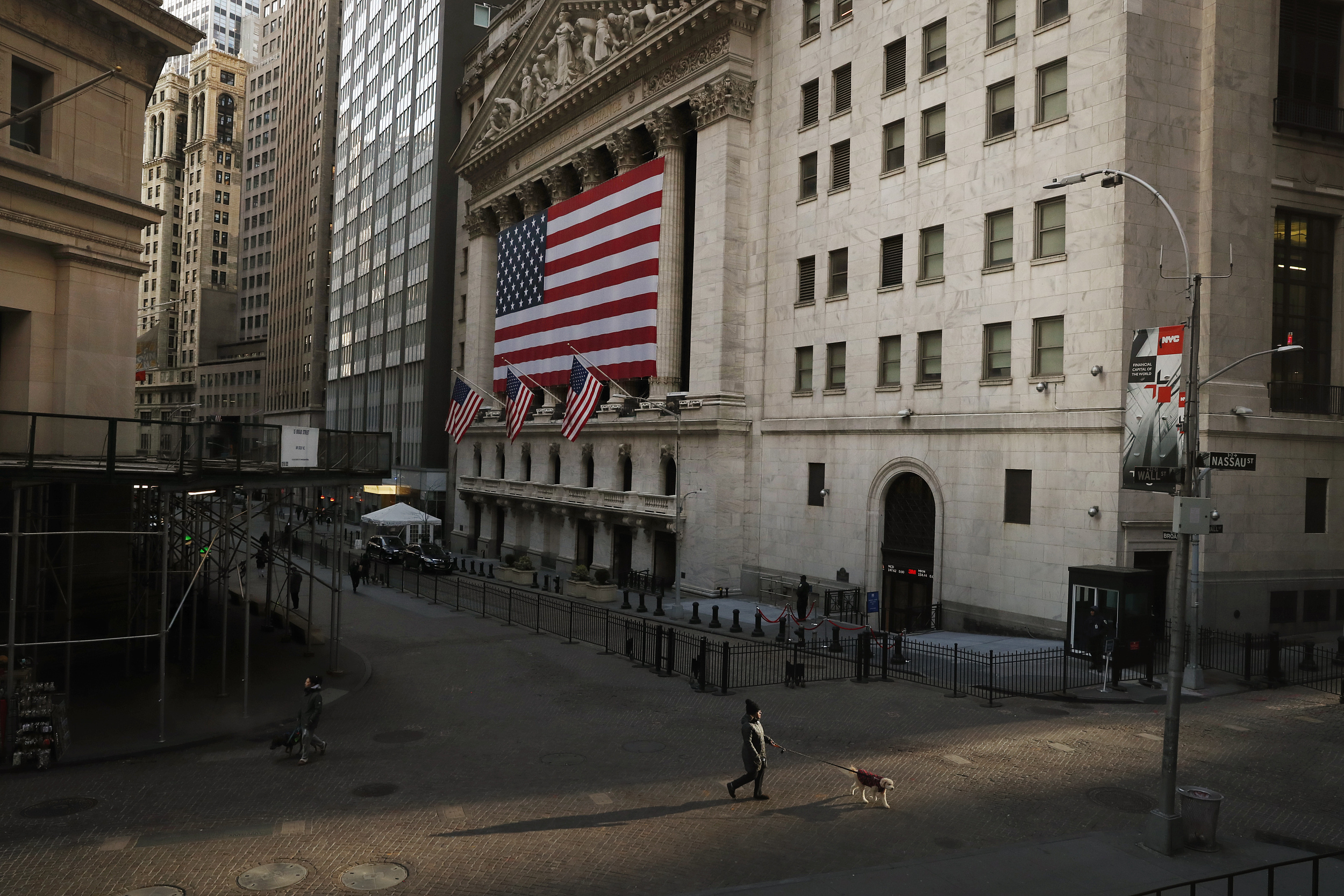 For example, the New York Stock Exchange (NYSE) was shuttered from October 29 to 30 in 2012, the most recent closure, during Hurricane Sandy. Before that, it was closed for four days in 2001, following the 9/11 terrorist attacks on the United States. It also shut for four months during the outbreak of World War I, the longest closure on record.

In 2005, the Athens Stock Exchange was closed from June 27 to August 3 because of the Greek government-debt crisis. On the day it was reopened, the main Athens stock index closed with a heavy loss of 16 percent in the day's trading, with bank stocks plunging 30 percent, the daily change limit, marking the worst daily performance since at least 1985 when modern records began.

The Philippines announced last Tuesday it would shut down its equity, currency and bond markets, becoming the first country to close its financial markets under the ongoing coronavirus outbreak. This came after President Rodrigo Duterte's decision to widen a month-long lockdown of the capital region, home to at least 57 million people.

Halting trading did not stop slides or sell-off. Although the Philippine market resumed after two days, the stocks recorded a 13.3 percent slump.

Despite the voice arguing for market closures, exchanges and regulators have mostly downplayed the appeal. 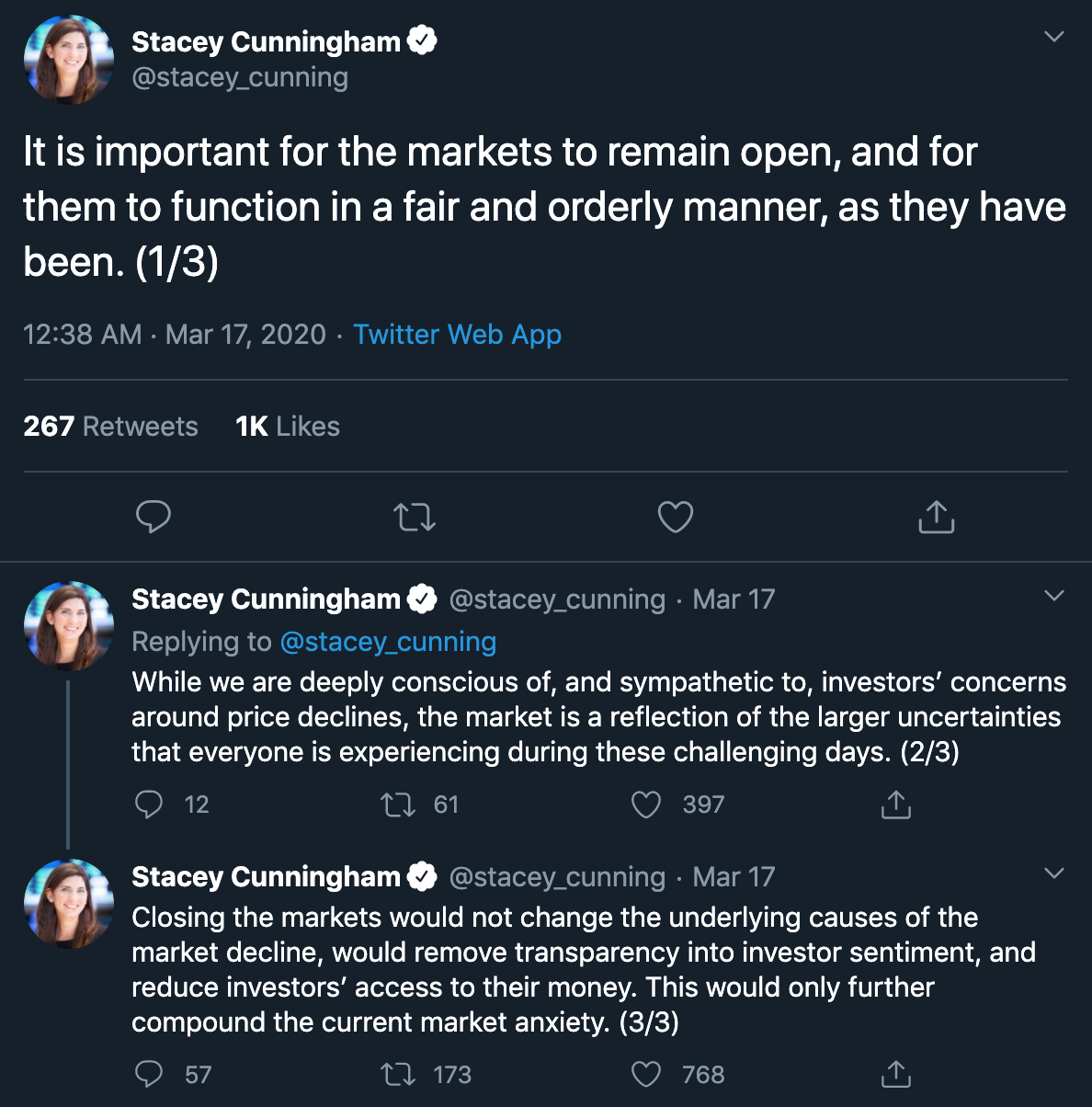 "Closing the markets would not change the underlying causes of the market decline, would remove transparency into investor sentiment, and reduce investors' access to their money. This would only further compound the current market anxiety," NYSE president Stacey Cunningham explained on her Twitter account Tuesday.

The NYSE will move fully to electronic trading from Monday, as its owner, Intercontinental Exchange Inc, said to close the trading floor after an employee and a trader tested positive for the coronavirus.

U.S. Treasury Secretary Mnuchin said financial markets will stay open, but he suggested it "may get to a point where we shorten the hours."