Graphics: How are Europe's worst-hit nations curbing the COVID-19 outbreak
By Hu Yiwei 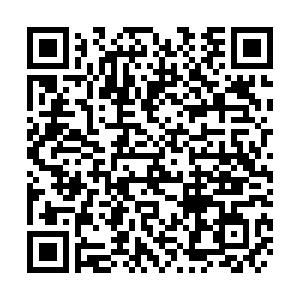 The past week was especially grim for Italy – where the coronavirus has claimed more lives than in any other country – as the death toll doubled to over 5,400, with the total number of cases nearing 60,000.

Cases in Germany also passed 20,000, though reported much fewer fatalities. Chancellor Angela Merkel quarantined herself on Sunday, after she was informed that the doctor she had contact with had tested positive for COVID-19. 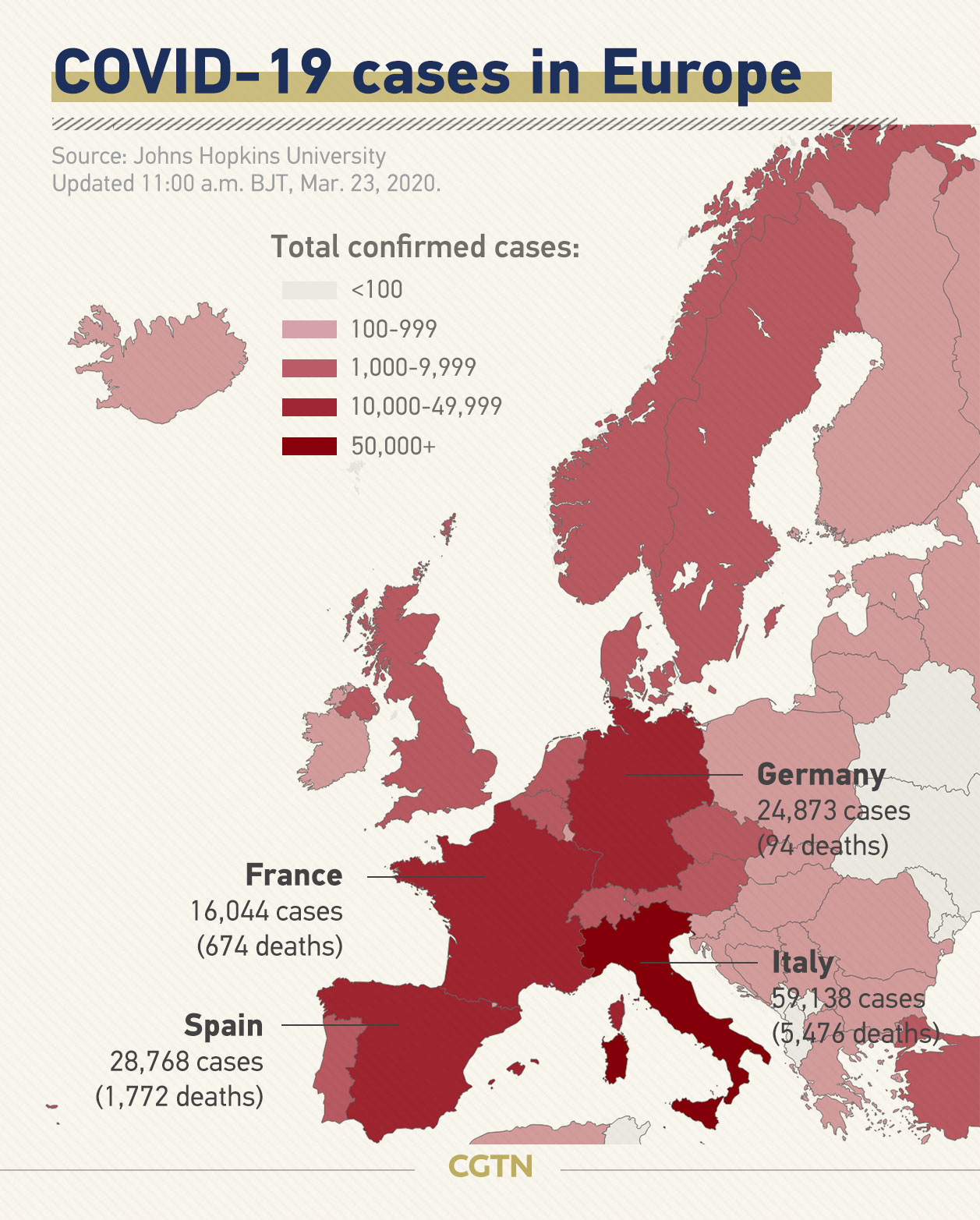 These four countries have all been reporting four-digit increases in confirmed cases. Total cases in about 10 other European nations also passed 1,000  – all are expected to rise further in the days to come.

European governments took drastic measures to curb the outbreak by shutting down businesses and schools, banning public gatherings, closing borders and ordering citizens to stay in their homes.

In its latest efforts, the worst-hit Italy closed all non-essential businesses until April 3 after widening restrictions several times.

On February 22, the government quarantined 11 municipalities in northern Italy, then enlarged the lockdown area to the entire region of Lombardy and multiple other provinces.

A nationwide lockdown was finally imposed on March 10. 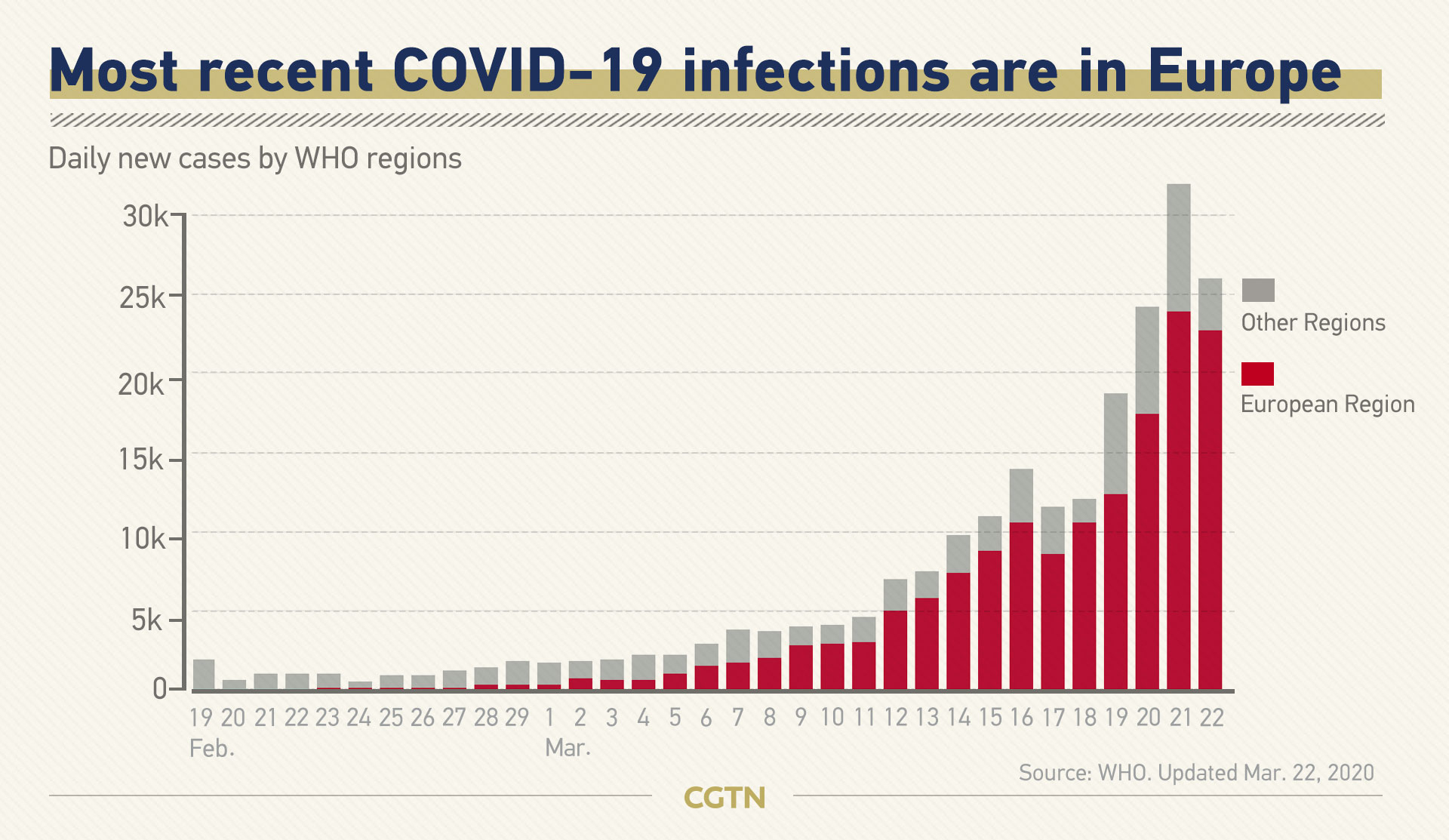 Last week, French President Emmanuel Macron ordered stringent restrictions to make people stay at home and only go out for essential trips, adding the army would be drafted in to help move the sick to hospitals.

Anyone flouting the restrictions would be punished.

"We are at war," Macron said in a televised address. The mood was echoed by Spanish Prime Minister Pedro Sanchez.

Sanchez said on Sunday that his government was seeking to extend the current state of emergency until April 11.

Spain was put under lockdown since March 16 after the PM confirmed an initial "State of Alarm", placing severe restrictions on citizens from going outside.

Although Germany stopped short of imposing nationwide lockdowns, non-essential businesses had already been closed across the country. 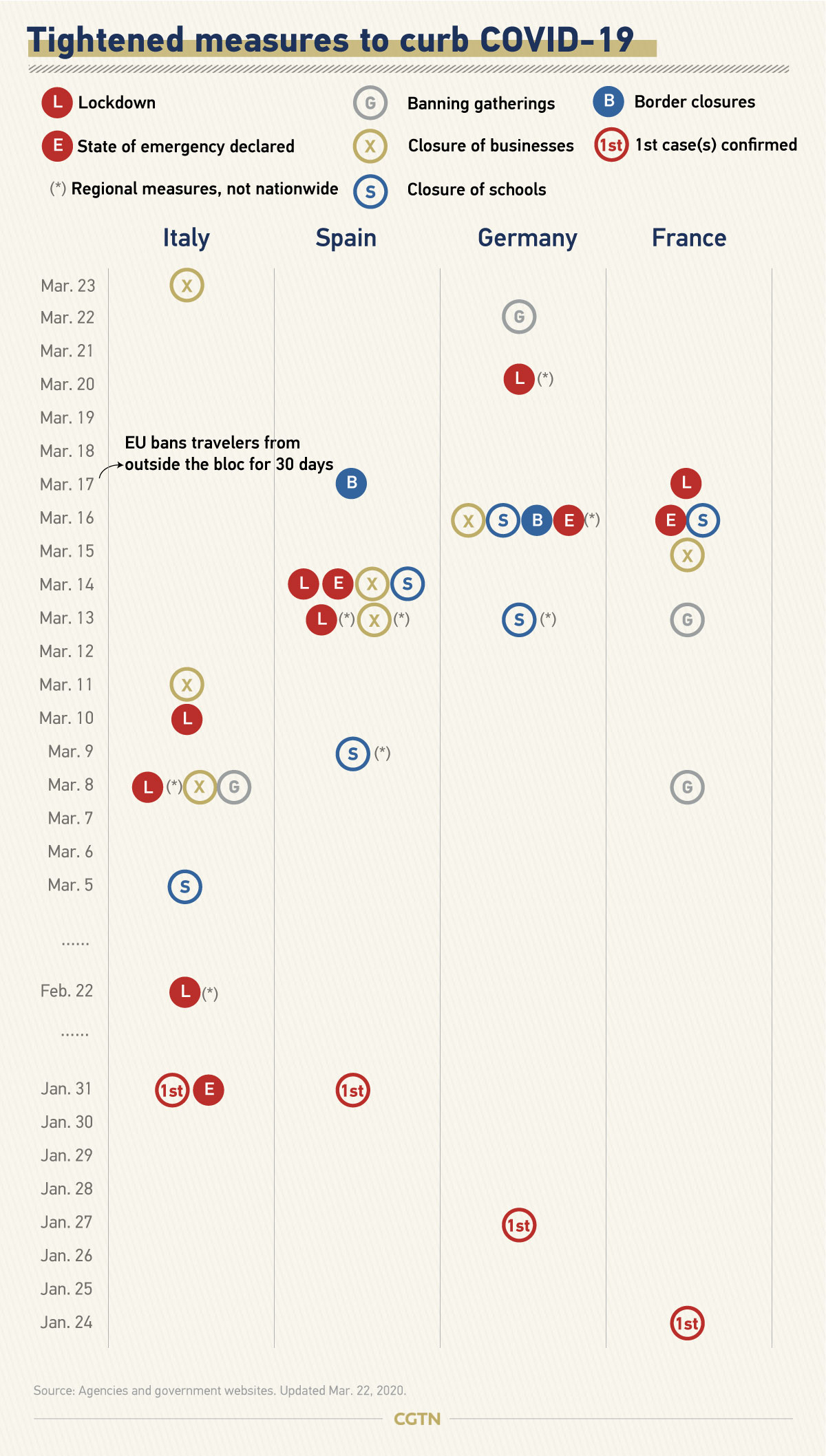 Dozens of other countries have also announced a series of similar restrictive measures. About 20 European nations have declared state of emergency.

In an unprecedented move, the European Union approved a 30-day ban for non-essential travel from outside the bloc to halt the spread of the virus. Member countries also unilaterally imposed full or partial border closures.

On March 16, the Spanish government announced the closing of its land borders. Effective March 17, Germany shut down its borders with France, Switzerland, Austria, Denmark and Luxembourg.

Such moves were rare for the border-free Schengen area, where free travel was always a cherished principle.

How effective are they?

It depends how strictly they are enforced.

Italy – now the most-hit country in the world – was in fact the first to respond with sweeping measures in Europe.

On January 31, the Italian government declared a state of emergency as the country's first two cases were confirmed in Rome.

However, number of cases grew exponentially since late February, and death toll rose by hundreds. The government's paced lockdown seemed to always lag behind. 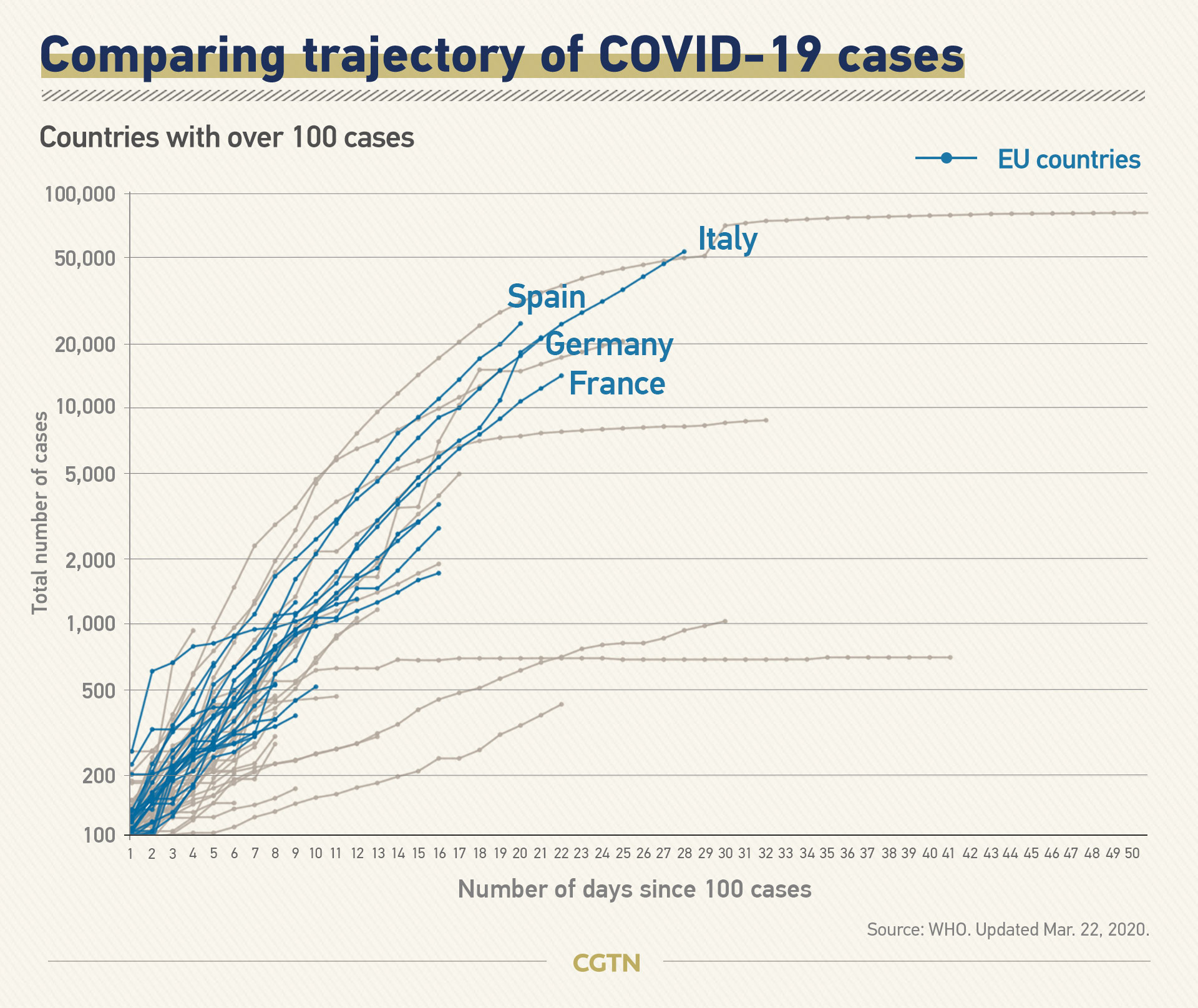 Health authorities have cited a variety of reasons for Italy's high toll. Key among them is its large elderly population, who are particularly susceptible to serious complications from the virus; insufficient testing at the early stage; and the over-stretched health system due to the influx of patients.

Another major reason could be that some Italians failed to take the national lockdown seriously, as pointed out by the leader of a delegation from the Chinese Red Cross after a visit to the hard-hit city of Milan.

Sun Shuopeng said he was shocked to see so many people walking around, using public transportation and eating out in hotels after the nationwide quarantine was imposed.

Since Europe was announced as the new epicenter of the COVID-19 pandemic by the World Health Organization, reports of new cases and deaths in Europe further accelerated, with no sign of abating.

Tougher measures are needed despite their huge costs.

Italy's experience tells that the restrictive measures should be launched early, and only by strict implementation can they really contain the sources of infection and break the chains of transmission.