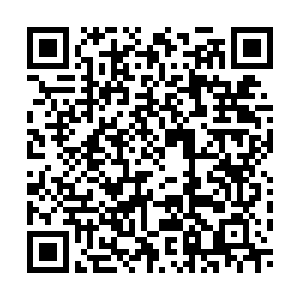 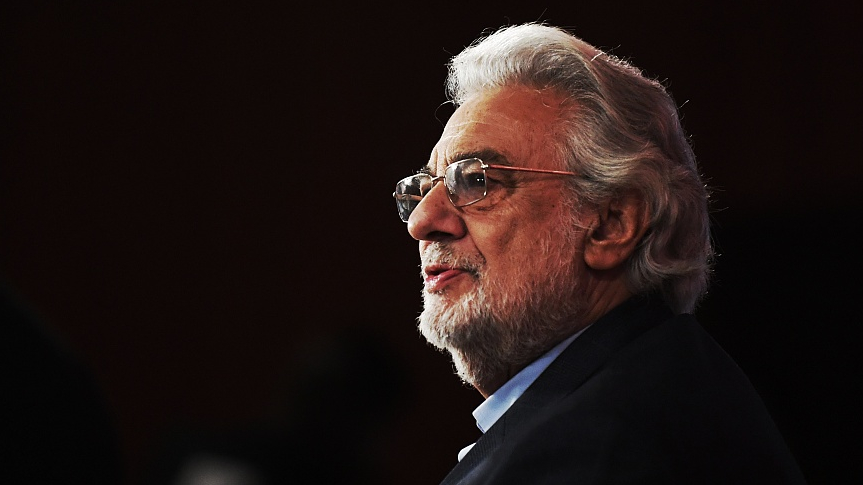 Spanish opera singer Placido Domingo said on Sunday he had tested positive for COVID-19 and had gone into self isolation with his family.

"I feel it is my moral duty to announce to you that I have tested positive for COVID-19, the coronavirus," the 79-year-old wrote on his Facebook page.

"My family and I are all in self isolation for as long as it is deemed medically necessary. Currently we are all in good health but I experienced fever and cough symptoms therefore deciding to get tested and the result came back positive."

He also encouraged his followers to wash their hands regularly, keep their distance from one another and follow the advice of experts before ending his statement with a word of encouragement.

"Together we can fight this virus and stop the current worldwide crisis, so we can hopefully return to our normal daily lives very soon," said the tenor. 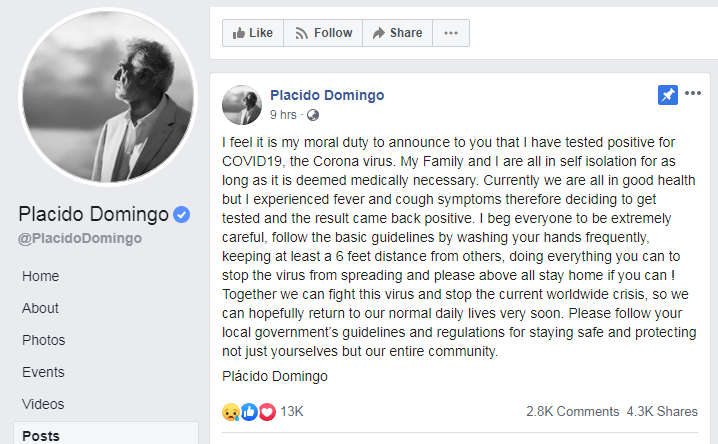 Spain is struggling to contain Europe's second worst outbreak of the coronavirus after Italy, with over 28,000 cases and more than 1,700 deaths, according to the Health Ministry.

The Spanish icon, who won worldwide acclaim in the 1990s as one of the Three Tenors alongside Jose Carreras and Luciano Pavarotti, has since August been engulfed in a sexual harassment scandal.

Previously one of the opera world's most feted artists, Domingo's reputation is now in tatters after an investigation by the American Guild of Musical Artists concluded he had behaved inappropriately with female performers.

The singer has publicly apologized to the women who accused him of sexual harassment.

From Tom Hanks to Trudeau's wife: Celebrities hit by coronavirus