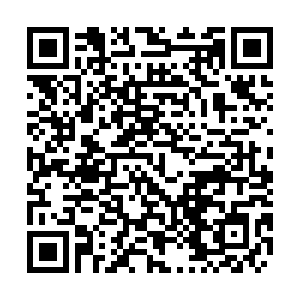 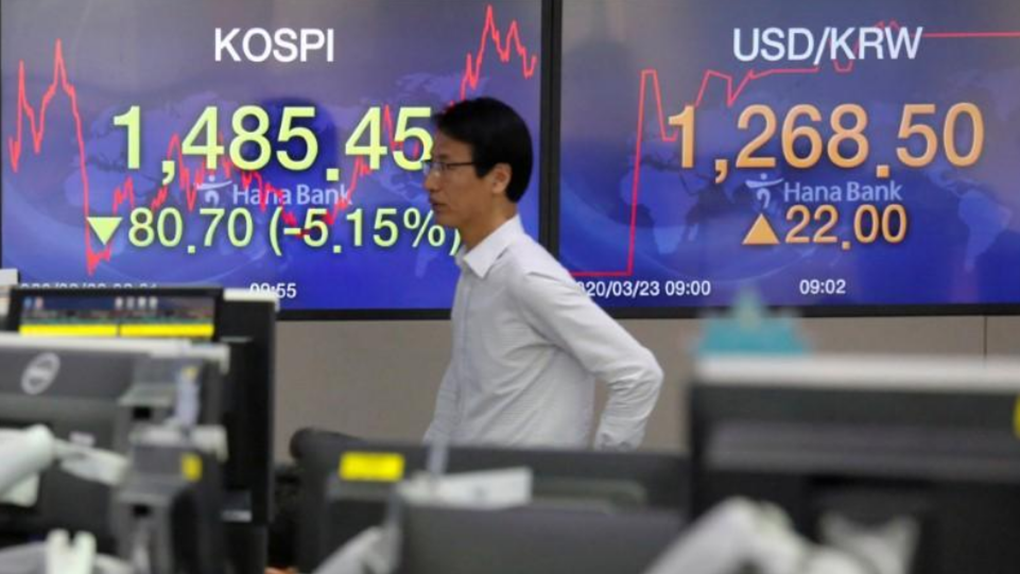 A currency dealer walks past in front of electronic boards showing the Korea Composite Stock Price Index(KOSPI) and the exchange rate between the U.S. dollar and South Korean won, in Seoul, South Korea, March 23, 2020. /Reuters

A currency dealer walks past in front of electronic boards showing the Korea Composite Stock Price Index(KOSPI) and the exchange rate between the U.S. dollar and South Korean won, in Seoul, South Korea, March 23, 2020. /Reuters

Asian shares sank on Monday as a rising tide of national lockdowns threatened to overwhelm policymakers' frantic efforts to cushion what is likely to be a deep global recession.

In a foretaste of the pain to come, E-Mini futures for the S&P 500 dived 5 percent at the open to be limit down, while EUROSTOXXX 50 futures tumbled 6.4 percent.

There was little to cheer in coronavirus news as the global death toll exceeded over 14,000 with more than 300,000 infections.

Nearly one in three Americans were ordered to stay home on Sunday to slow the spread of the disease, while Italy banned internal travel as deaths in the country reached 5,476.

Analysts are dreading data on weekly U.S. jobless claims due on Thursday amid forecasts they could balloon by 750,000, and may be by more than a million.

U.S. stocks have already fallen more than 30 percent from their mid-February peak and even the safest areas of the bond market are experiencing liquidity stress as distressed funds are forced to sell good assets to cover positions gone bad.

Waiting on the disease

"It would be a brave, or foolish, man to call the bottom in equities without a dramatic medical breakthrough," said Alan Ruskin, head of G10 FX strategy at Deutsche Bank.

Also needed would be evidence that China could re-emerge from the pandemic without reigniting infections, and that other major economies had hit inflection points for infection rates, he added.

"Even there is social distancing to subside at the earliest plausible dates in Europe and the U.S., it will have done extraordinary damage to confidence in a host of key sectors," Ruskin said.

The mounting economic toll led to a major rally in sovereign bonds late last week, with efforts by central banks to restore liquidity in the market allowing for more two-way trade.

In New Zealand, the central bank announced its first outright purchase of government paper aiming to inject much-needed liquidity into the local market.

In currency markets, the first instinct on Monday was to dump those leveraged to global growth and commodity prices, sending the Australian dollar down 0.8 percent to 0.5749 U.S. dollars.

The U.S. dollar started firm but took a step back after partisan battles in the U.S. Senate stopped a coronavirus response bill from advancing.

Against a basket of currencies the dollar was still a fraction firmer at 102.510.

The dollar was a major gainer last week as investors fled to the liquidity of the world's reserve currency, while some funds, companies and countries desperately sought more cash to cover their dollar borrowings.

"Further dollar strength would not be helpful for the U.S. or global economies, and in our view, policymakers should consider direct intervention, in addition to further enhancements to central bank USD liquidity facilities," said analysts at Goldman Sachs in a note.

"We expect the dollar to remain firm against most crosses until policymakers intervene and/or market conditions begin to stabilize."

The steady rise in the dollar undermined gold, which slipped 0.3 percent to 1,493.83 U.S. dollars per ounce.