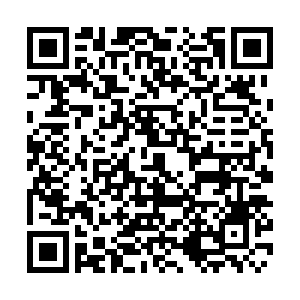 Luca Kilian of Germany during the UEFA U21 Championship Qualifying match between Wales and Germany in Wrexham, UK, September 10, 2019. /VCG

Luca Kilian of Germany during the UEFA U21 Championship Qualifying match between Wales and Germany in Wrexham, UK, September 10, 2019. /VCG

The first Bundesliga player to test positive for coronavirus said on Monday he had been "really scared" as he suffered from the illness.

Paderborn's Luca Kilian, 20, was the first case of COVID-19 in the German top-flight which has been postponed until at least April 2 due to the pandemic.

The Germany U21 international had missed seven matches since suffering a muscle injury in late January but his club's last match was the March 6 loss to Cologne.

"It started on March 10 with a little bit of irritation in the throat. The day after I had a headache but I kept training," he told local newspaper Westfalen-Blatt.

"On March 12 I had the first of my hot flushes and a day later they were really strong. Fever and strong shivers. It was then I started being really scared for the first time."

"It took four days for the fever to drop, and after that I felt better every day," he added.

Defender Kilian, who joined the league's bottom club from home town side Borussia Dortmund at the start of the season, was able to return home to his family to be taken care of by his mother, a nurse.

"If I had stayed alone in Paderborn I would have gone to hospital."

"I can now talk from experience. I'm a sportsman and in form, but I had to fight a lot against the virus. For the people who already have health issues, it could put their life in danger."

So far there have been more than 20,000 COVID-19 cases in Germany, with 86 lives lost. German Chancellor Angela Merkel went into quarantine after coming into contact with a coronavirus-infected doctor.

Germany has expanded curbs on social interactions, including banning gatherings of more than two people in public, unless they live in same households or are work-related, as well as limiting restaurant services to takeaway only.