We can do better
Zou Yue 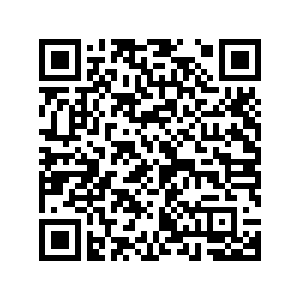 Editor's note: The number of COVID-19 cases in the U.S. has surpassed 40,000. Anti-epidemic work in the world's No.1 economy still has room to improve compared to what other countries are doing. In this episode of "Zoom In with Zou Yue", CGTN anchor Zou Yue explains why.

America and South Korea saw their first COVID-19 cases on the same day, but they responded differently. In the beginning, America could only test several thousand in a week. South Korea tested ten thousand in a day. According to a report by a nonprofit organization, coronavirus cases are doubling faster in the United States than in any other country in the world.

Some of the problems are intrinsic. The ambiguity of responsibilities between states and the federal government, the CDC-approved labs and private ones, and the lack of inter-agency communication made early testing difficult. And President Donald Trump and his team were not helpful. Their problem is a lack of serious commitment. That cost him the time to take on the virus with full weight early on.

He failed to direct his federal agencies to store and distribute testing kits. He did not speed up the production of medical resources as China did in a short time span, and most unfortunately, he failed to communicate the gravity of the problem to the nation when he still had time to brace for impact.

But not everything is against America. The United States is still the biggest economy in the world; it has the most advanced health care system, and it has the benefit of learning from others. The blame game is no game. What the U.S. should really do is learn and act.

We cannot prevent a virus from occurring; it always happens. The American leadership should drop petty talks on where the virus started and attempts to frame the problem as somebody's fault. A virus is nobody's fault, not flu, not Ebola, not SARS and not this new one. A virus jumped to humans, somewhere, sometime and in some way. And now we are all in this together. Nobody could see it coming, but everybody should stop it from spreading.

China paid a high price taking on the virus in the beginning, but the lessons and experience it gained have become the common knowledge of all humans. Use them and use them well.

In China, with the increasing traffic of people around the country and into the country, the odds of a new breakout are rising every day. And that is why the Chinese are still building beds and buying ventilators in case the virus raises its ugly head again.

China is ahead of the world in terms of experience and lessons in dealing with the virus. But China is never ahead of the virus; all of us must learn as it evolves. Remember, it is a new one. Don't be complacent even for a second. The moment you lean on your past, you are risking the future.

But the respite gives China and the world a chance to recuperate. Every Chinese province and city is slowly returning to normal, although with caution and trepidation. And that means China could be a production base of medical supplies for the world. China has begun shipping masks and protective gear to Europe. The world's No. 2 economy is in a better position to assist the ailing world, to help, to console, to guide and to inform. This is no time to bask in nationalistic fervor; it is time to think in the framework of a shared human community. We are in this together. There is no other way than the common way.