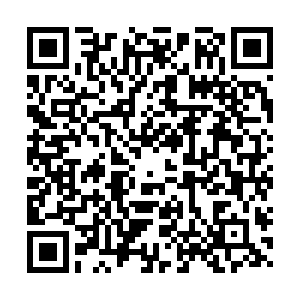 As cases of coronavirus (COVID-19) continue to rise, and more states order people to stay at home, U.S. President Donald Trump has signaled that he's considering a move in the opposite direction.

On Monday, the president said he wanted to reopen the country for business in weeks, not months, claiming that continued closures could result in more deaths than the pandemic itself.

Speaking to reporters at the White House, Trump said, "We cannot let the cure be worse than the problem itself," echoing a midnight Sunday tweet.

"We have to open our country because that causes problems that, in my opinion, could be far bigger problems," he said.

"If it were up to the doctors, they'd say let's shut down the entire world," Trump said.

The president said he would re-evaluate his administration's position on whether to continue restricting business activity at the end of the month, after the lapse of the "15 days to slow the spread" initiative the White House launched on March 15 to limit social interactions and curb unnecessary travel.

He suggested it was possible to ease up on businesses in states experiencing what he said were relatively low infection rates, like Nebraska, Idaho and Iowa, while continuing to clamp down on hot zones in other states, such as New York. 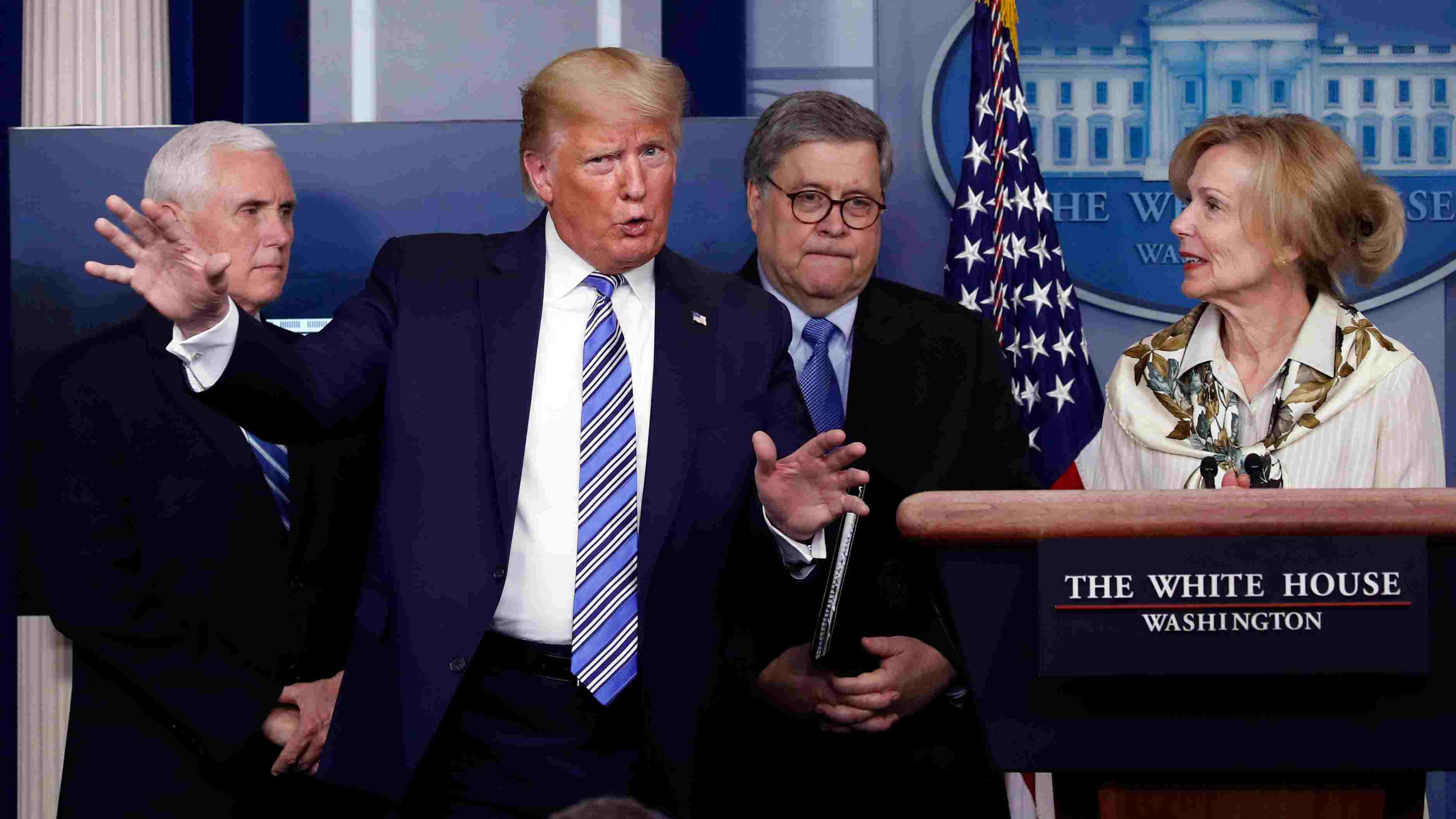 President Donald Trump gestures as he asks Dr Deborah Birx, White House coronavirus response coordinator, a question during a briefing in the James Brady Briefing Room in the West Wing of the White House, March 23, 2020. /AP

President Donald Trump gestures as he asks Dr Deborah Birx, White House coronavirus response coordinator, a question during a briefing in the James Brady Briefing Room in the West Wing of the White House, March 23, 2020. /AP

Trump's latest remarks have drawn criticism from public health experts, who made it clear that unless Americans continue to dramatically limit social interaction, the number of infections will overwhelm the healthcare system leading to many more deaths.

They also warned that the highly infectious disease is certain to spread, despite the worst outbreaks being concentrated in certain parts of the country, such as New York.

Since last week, governors in at least 18 states, accounting for nearly half the U.S. population, have issued directives requiring residents to stay mostly indoors, except for necessary trips to grocery stores, pharmacies, gas stations and doctors' offices. "Non-essential" businesses have also been ordered closed.

Public health authorities also pushed for stay-at-home restrictions deemed essential to curbing widespread transmission of the highly contagious respiratory virus that has infected more than 46,000 people in the United States, killing at least 533.

"Anyone advising the end of social distancing now needs to fully understand what the country will look like if we do that. COVID-19 would spread widely, rapidly, terribly, and could kill potentially millions in the yr ahead, with huge social and economic impact across the country," he wrote.

"To drop all these measures now would be to accept that COVID-19 patients will get sick in extraordinary numbers all over the country, far beyond what the US health system could bear."

Inglesby said coronavirus modeling "report that health care systems will be completely overwhelmed/collapse by the peak of cases if major social distancing is not put in place."

"For now we need to keep production running, doctors offices working, groceries, pharmacies, banks open. It is ok to have science informed dialogue about which businesses need to be closed vs what can stay open in some way if social distancing can be put in place in them," he said.

"But we need to press ahead for now w closed schools, mass telecommuting, no gatherings, strong advisory to stay home unless you need to go out – all are needed to slow this epidemic." 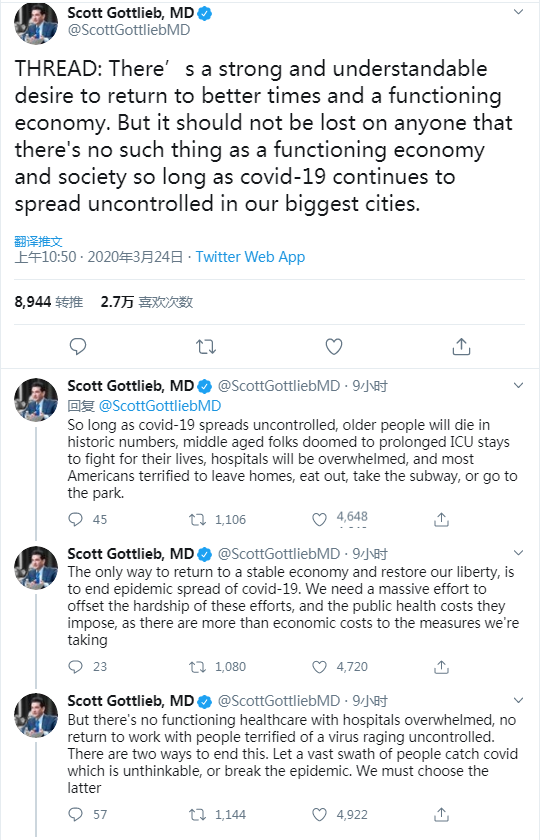 "There's a strong and understandable desire to return to better times and a functioning economy. But it should not be lost on anyone that there's no such thing as a functioning economy and society so long as covid-19 continues to spread uncontrolled in our biggest cities," Gottlieb said in a tweet.

"There's no functioning healthcare with hospitals overwhelmed, no return to work with people terrified of a virus raging uncontrolled. There are two ways to end this. Let a vast swath of people catch covid which is unthinkable, or break the epidemic. We must choose the latter."

"The only way to return to a stable economy and restore our liberty, is to end epidemic spread of covid-19. We need a massive effort to offset the hardship of these efforts, and the public health costs they impose, as there are more than economic costs to the measures we're taking," he continued.

State and local officials also continued to raise the alarm about the potential collapse of the U.S. healthcare system is the spread of the virus is not nipped in the bud.

Reacting to Trump's pronouncement Democratic Senator representing the New York state Kirsten Gillibrand said, "The President isn't making any sense. In fact we have a major health crisis in front of us. I've talked to almost every hospital in New York State, and they're still worried about getting basic personal protective equipment."

"This is a huge crisis. And for him to downplay it because he's worried about stock prices or his own economy, it's shocking," she said.

Even Republican Senator Lindsey Graham of South Carolina, a close Trump ally, also urged Trump to stick with the advice of public health officials, saying "there is no functioning economy unless we control the virus."

"Try running an economy with major hospitals overflowing, doctors and nurses forced to stop treating some because they can't help all, and every moment of gut-wrenching medical chaos being played out in our living rooms, on TV, on social media, and shown all around the world," he tweeted.