Chinese ambassador to Greece: We need to work together as a team in a globalized world
World Insight with Tian Wei 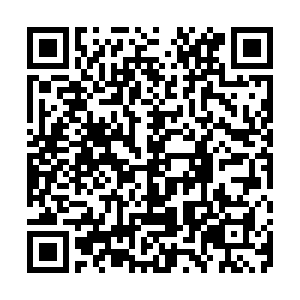 China has donated tons of medical supplies to Greece. Last weekend, a plane arrived in Athens, carrying 550,000 medical and surgical masks as well as protective equipment. The airlift followed an urgent aid request from Greece with hospitals running low on masks. It has become so dire that each health worker is given only two masks per shift.

Supplies were collected and sent to Greece within eight days, at a time when China is still under immense pressure to contain its own epidemic and its own medical supplies are overstretched. What really happened within those eight days? CGTN's senior correspondent Tian Wei caught up with Zhang Qiyue, Chinese ambassador to Greece, who credited joint efforts from all sides for making it possible.

Ambassador Zhang thinks in a way it is a miracle, many of the Greek ministers thought it was a "mission impossible," because eight days are really not very long. It is a big team work. According to her, for the entire month, there was only one direct flight from Beijing to Greece on March 21, so it was more urgent to have the supplies sent through this flight. Everybody moved very quickly.

The debate about the source of the coronavirus has heated up by the worsening situation around the world. However, the debate is not just within the scientific circles, it is becoming ever more geopolitical.

As someone who served as a spokesperson for China's Foreign Ministry for years, Ambassador Zhang thinks the most important thing is focusing on containing the pandemic, because it is very urgent and serious. She believes people around the world have to pull the efforts together.

Talking about the combat against the coronavirus, Ambassador Zhang said, "We are today actually at the frontline. So my main priority at work is to really work together with the Greek government and people to control and prevent the spread of the virus. This is where I am concentrating my efforts."

So far, she told CGTN, China has been sharing with Greece what it has learned over the past two months, because China was at the first battleground in the fight against COVID-19 and therefore has gained more knowledge about this virus and the trajectory of the development of the coronavirus. So, China would like to share the information and measures regarding the disease with the Greek side.

Some may wonder if it's just about "sharing," or if China's trying to show others how to "use our model, and you will be fine." "No, we never wanted to give our model to other countries, we only share what we have done and the experiences we have had over the past two months," Ambassador Zhang said, adding "I think the situation of each country is different. So they have to formulate their policies according to their own situation. But I think all in all it is so important that we work together as a team in a globalized world."