Will the G20 step up to the plate?
Bertram Niles 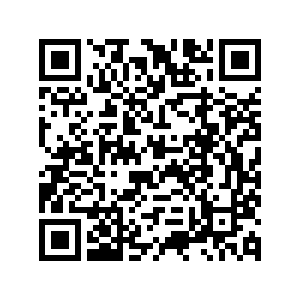 The devastating effects of the coronavirus pandemic on economies demand the type of a coordinated global response that has so far not been forthcoming.

Monday's virtual meeting of G20 finance ministers and central bank heads gave this group representing the world's 20 largest economies an opportunity to offer a clear signal that they are ready to reprise the influential interventionist role that they undertook after the 2008 global financial crisis.

But the meeting ended with a vague statement that the ministers are working on an action plan but did not indicate what they may have in mind. It means a lot is riding on a similar teleconference summit that is said to be imminent but which will have to overcome dissension in the G20 ranks. There is also the not inconsiderable obstacle of the aversion to multilateralism of the current occupant of the White House.

International Monetary Fund Managing Director Kristalina Georgieva raised the stakes when she told the ministers and central bankers that "a recession at least as bad as during the global financial crisis or worse" was likely this year.

The richest nations have been crafting massive stimulus programs in response to the pandemic, but Georgieva noted that many emerging markets and low-income countries, some of them debt-ridden, face a difficult time without the type of expansive tool kits of the industrialized world.

One alarming statistic she shared was that investors had already removed 83 billion U.S. dollars from emerging markets since the beginning of the crisis – "the largest capital outflow ever recorded."

China has been at the forefront of the call for a multilateral approach to this health calamity that also threatens a new financial crisis. 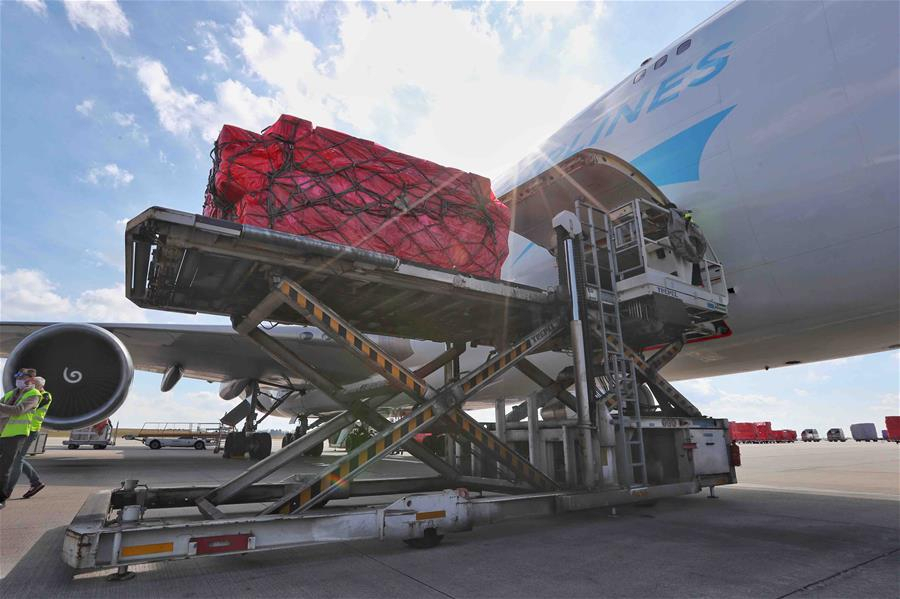 Medical materials from China arrive at the airport in Liege, Belgium, March 18, 2020. China has been a leader of the international virus relief effort. /Xinhua

Medical materials from China arrive at the airport in Liege, Belgium, March 18, 2020. China has been a leader of the international virus relief effort. /Xinhua

That position was reinforced on Monday night during phone consultations between President Xi Jinping and his French counterpart Emmanuel Macron. Xi said China stands ready to work with France to encourage all relevant parties to step up coordination within such frameworks as the United Nations and the Group of 20 (G20) to cushion the pandemic's impact on the world economy as well as on prevention and containment of the coronavirus.

The UN, because of its unwieldy nature, tends to be sidelined on a matter like this that does not immediately threaten international security. But Secretary-General Antonio Guterres emphasized last week that country-level responses cannot single-handedly address the global scale and complexity of the crisis.

"Coordinated, decisive and innovative policy action" is needed from the world's leading economies, he said.

In the absence of firm direction and given the unprecedented nature of developments and their widely varied impact, the UN itself could appoint a czar or a group of independent experts to begin drafting the type of action plan that the G20 ministers have talked about. Some of them may be too busy right now propping up their economies.

One expert who would have been a candidate in this context but for his scandal-tainted past is Dominique Strauss-Kahn, a former IMF boss.

In a thoughtful article on the website of The Africa Report, Strauss-Kahn, who is listed as an adviser to a number of African heads of state on public finance and IMF negotiations, noted that "given Africa's vulnerability, the economic fallout of COVID-19 is likely to be even more devastating than anywhere else." 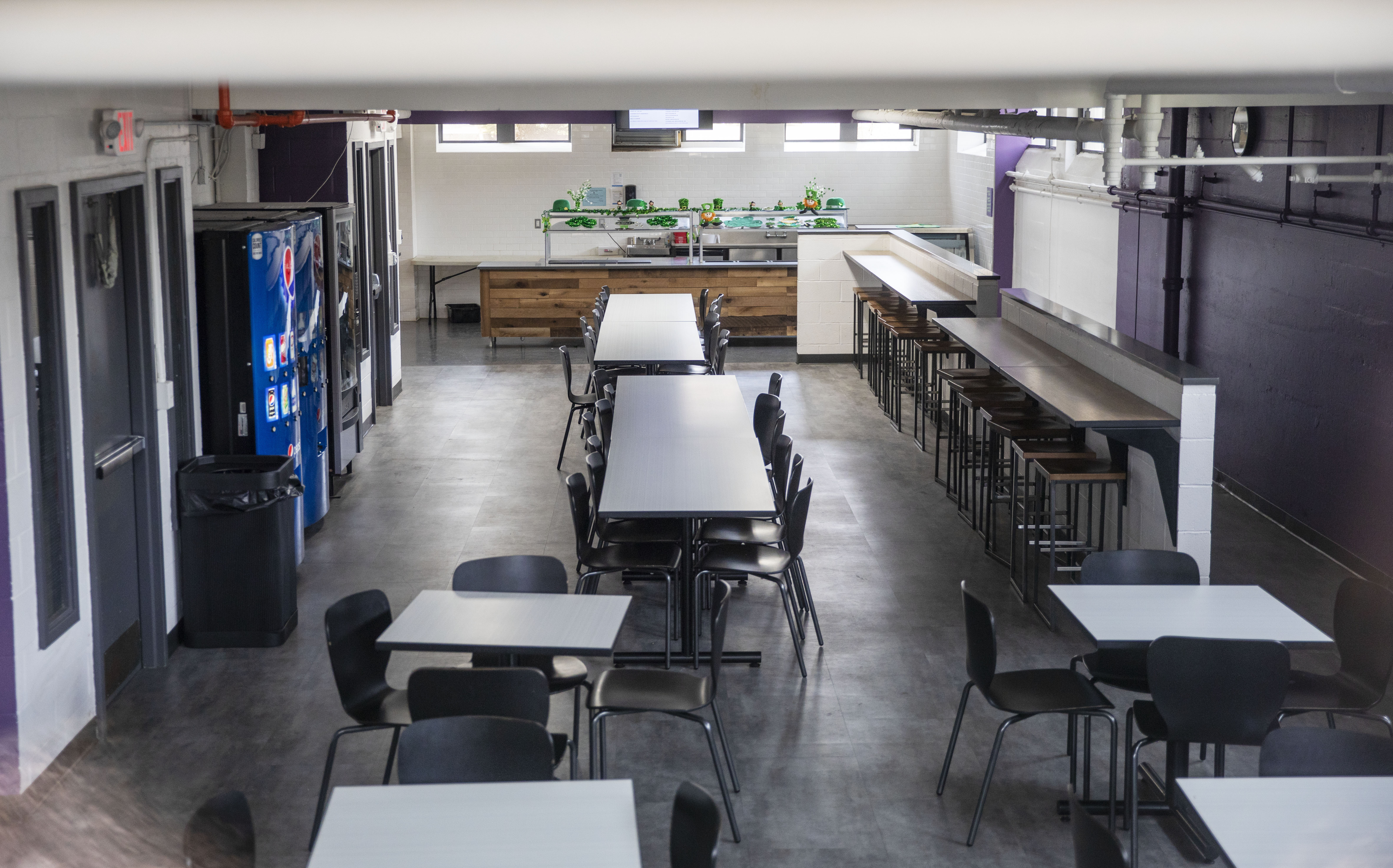 A cafeteria sits vacant at St. Raphael Academy in Pawtucket in the American state of Rhode Island after two people who returned from a school trip to Europe tested positive for the new coronavirus disease, March 2, 2020. /AP

A cafeteria sits vacant at St. Raphael Academy in Pawtucket in the American state of Rhode Island after two people who returned from a school trip to Europe tested positive for the new coronavirus disease, March 2, 2020. /AP

Citing the mantra that "global crises call for global solutions," he said, "In light of the magnitude of the crisis expected, a measure at least as ambitious as the 2005 Highly-Indebted Poor Country (HIPC) initiative must be rapidly introduced, entailing a massive cancellation of debt for the poorest countries and extending the financial support badly needed for countries to meet urgent health care expenditure."

The IMF itself says it stands ready "to deploy all our US$1 trillion lending capacity," though Strauss-Kahn notes that the emergency loans it is already offering will only be accessible to fund members with a sustainable debt. That rules out many fragile nations.

Not only Africa is at risk. Argentina, whose debt has been deemed unsustainable by the IMF, has warned fellow G20 members they must act decisively to "avoid a social meltdown" as the pandemic spreads.

The International Labor Organization has said that almost 25 million jobs could be lost worldwide as a result of COVID-19, resulting in lost income of 3.4 trillion dollars by the end of 2020.

Rescue programs should, therefore, take into account the needs of workers as well as the most vulnerable and not just those of the business sector.

Mohammed Al-Jadaan, the finance minister of current G20 chair Saudi Arabia, opened the meeting with his colleagues by urging them to step up joint efforts and act decisively and in a coordinated manner to safeguard the stability of the global economy and financial markets, restore confidence and prevent deep and prolonged negative economic impact.

The world indeed awaits decisive unified measures that can offer hope that the human suffering across the globe will not be prolonged. Patience may be running out.