'Hope Lights Our Way': Reactions on the postponement of Tokyo 2020
CGTN 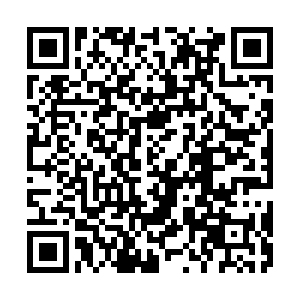 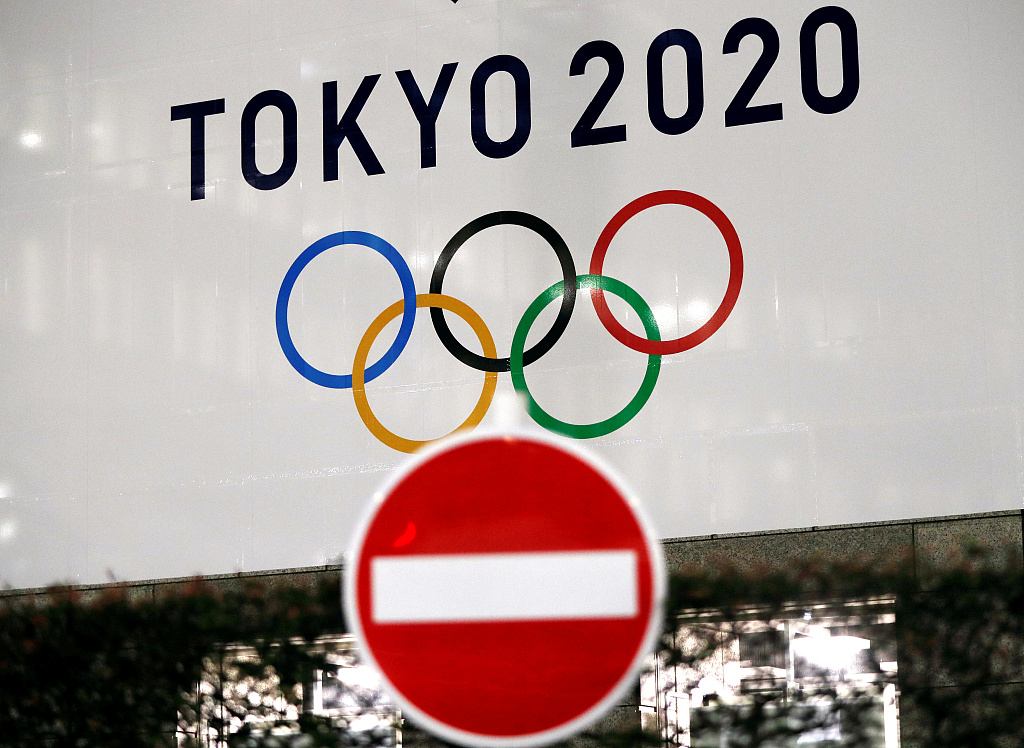 After weeks of speculation and mounting criticism at the delay in announcing the postponement of Tokyo 2020, Japan's Prime Minister Shinzo Abe and International Olympic Committee (IOC) President Thomas Bach on Tuesday agreed the event would be rescheduled for the summer of 2021 at the latest.

It is the first break in the four-year cycle for the summer Olympics since the 1940. The Games in 1944 were cancelled because of World War II.

The expected yet stunning decision on Tuesday to postpone the 2020 Summer Olympics because of the coronavirus pandemic could have a ripple effect on other major events, most notably the world championships for athletics and swimming.

While the IOC has yet to set a new date for the Tokyo Games other than "not later than summer 2021," the revised calendar undoubtedly will heavily impact two of the event's biggest sports.

The Olympics rings are lit up in Tokyo's Daiba waterfront area against the backdrop of Rainbow Bridge and Tokyo Tower in the capital of Japan, March 23, 2020. /VCG

The Olympics rings are lit up in Tokyo's Daiba waterfront area against the backdrop of Rainbow Bridge and Tokyo Tower in the capital of Japan, March 23, 2020. /VCG

The 2021 world athletics championships are scheduled to be held between August 6 and 15 in Eugene, Oregon, U.S., which is constructing a new stadium that will seat 30,000 on the site of the historic Hayward Field.

Before the IOC announced the postponement, the athletics' governing body agreed on Monday to change the dates of its 2021 world championships.

"World Athletics has already been in discussion with the Oregon 2021 Organizing Committee regarding the possibility that the Olympic Games may move to next year," it said in a statement.

The next world aquatics championships are scheduled for July 16-August 1 in Fukuoka, Japan.

"We will now work closely with the host organizing committee of the 2021 FINA World Championships in Fukuoka, with the Japan Swimming Federation and with the Japanese public authorities, in order to determine flexibility around the dates of the competition, if necessary and in agreement with the IOC," the swimming body said in a statement. A mix of sadness and relief

Athletes, national associations and sporting federations from around the world reacted with sadness, relief and mainly goodwill to the postponement of the Tokyo 2020 because of the coronavirus pandemic.

"Our stance on supporting Japan in hosting the 2020 Olympics has not changed. We also respect the decision made by the IOC and the Japanese side," China's Foreign Ministry Spokesperson Geng Shuang told a press conference, a day before the official postponement.

After the announcement on Tuesday, here is how the sporting bigwigs reacted:

"This Olympic flame will be the light at the end of the tunnel."

"The health and well-being of human life must always be our number one priority and staging a sport event of any kind during this pandemic is simply not possible. Sport is not the most important thing right now, preserving human life is."

"It's by a distance the right decision. The world is in a really difficult, dangerous situation. Sport can be no different ... just simply it felt wrong to continue along that road given where the rest of the world is at the moment." 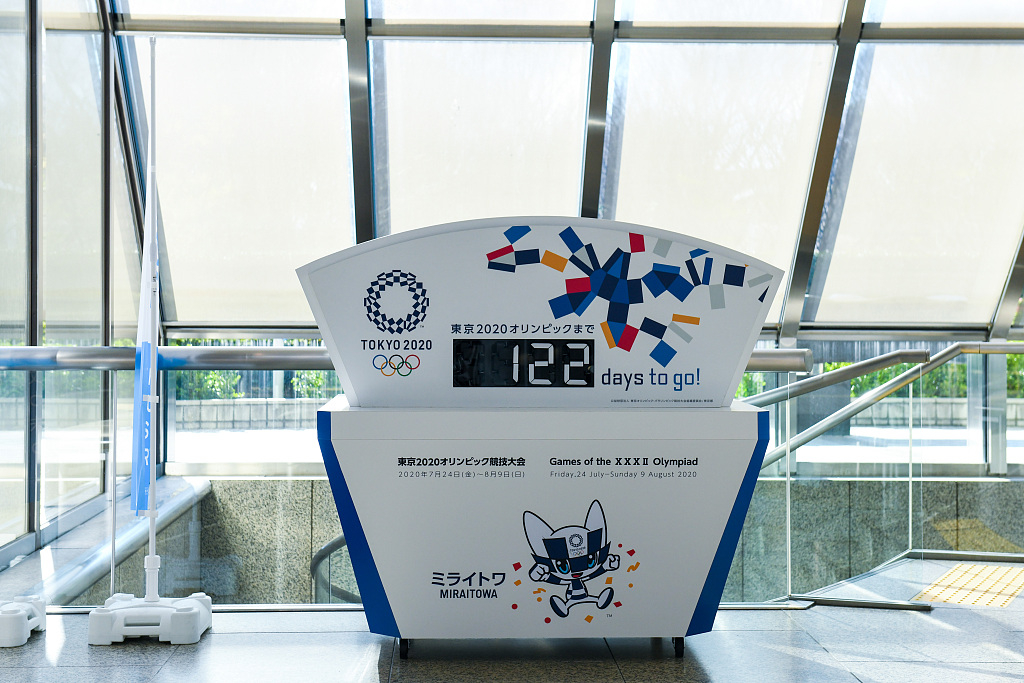 A countdown clock signals the days until the Tokyo 2020 inside the Tokyo Metropolitan Government building in Tokyo, Japan, March 24, 2020. /VCG

A countdown clock signals the days until the Tokyo 2020 inside the Tokyo Metropolitan Government building in Tokyo, Japan, March 24, 2020. /VCG

"The health and safety of the athletes remains the number-one priority for WADA and the anti-doping community, and it is clear that the correct decision has been taken in this challenging and unprecedented situation."

"World Players trusts that the postponement heralds a change in the culture of IOC decision-making from one of hierarchy to one of inclusion."

"The message of the Tokyo 2020 Olympic Torch that 'Hope Lights Our Way' could not be more pertinent at this time. We look forward to outstanding Olympic Games in Tokyo next year!"

"This summer was supposed to be a culmination of your hard work and life's dream, but taking a step back from competition to care for our communities and each other is the right thing to do. Your moment will wait until we can gather again safely."

"It is with profound sadness that we accept the postponement, but in all consciousness, it is the only decision we can support, in light of the devastating impact (of) COVID-19."

"The IOC has given us some good news by announcing that the Olympic Games will be postponed. It will allow all athletes to be able to compete in equal conditions and will safeguard their health, just as we have been demanding since this crisis began."

"It confirms to the world population that everything in sports is also being done to bring the global pandemic under control as best as possible and as soon as possible."

"We are faced with an unprecedented situation that calls for responsible leadership and making informed decisions. Whilst this is a bitter disappointment for all those who have been preparing and training hard, we all understand that the protection of human life, health and safety, comes first."

"We congratulate the IOC, the Japanese Government and Tokyo 2020 organizers for making this brave but essential decision."

"Waited eight years for this, what's another one in the grand scheme of things? As an athlete, it's heartbreaking news about the Olympics being postponed until 2021, but it's for all the right reasons and the safety of everyone! Stay indoors!"

"All in all a very wise decision to postpone the Olympics until 2021. I look forward to coming back to Japan to defend my Olympic title next year and look forward to witness a wonderful event. I wish everybody good health in these challenging times."

"It's a bummer, it's a bummer that I won't be able to compete in the Olympics this year, but you have to understand the situation, understand that some things are a little bigger than sport, and I guess we'll have it next year."

"Waiting one more year to reach for our dreams is well worth the sacrifice to help keep people safe. Yes, I'll be another year older, and my body will feel that, but I promise to work my tail off to make Team GB as proud as I can when the time comes!"

"We dreamed of them for so long ... then suddenly everything resets. I'm sad, of course, but rightly so. Let's not complain about the lost time and let's not forget who, now and in the next few days, will fight to not lose something bigger."