Coronavirus: Blow to globalization and a push for self-sufficiency
By Liane Ferreira "In sickness and in health." Societies and economies have never been so close and interconnected as today, and coronavirus has made those connections even clearer. Globalization now faces its biggest challenge after the rise of populism, protectionism, accompanied, to some extent, by Brexit. Is globalization 5.0 in question?

The novel coronavirus is creating international dysfunction at unprecedented levels. If in the beginning, challenges were to be expected worldwide from its impact on the Chinese economy and disruption in the supply chain, but now the global economy and people's livelihoods everywhere are at risk.

The Organization for Economic Cooperation and Development (OECD) estimates that in 2020, the world economy will grow at the slowest pace since 2009, due to the outbreak. The forecast growth of 2.9 percent was revised to 2.4 percent.

In case of a longer-lasting and more intensive coronavirus outbreak in the Asia-Pacific region, Europe and North America, the OECD prospects for global growth could drop to 1.5 percent in 2020.

Now, this outlook is closer to becoming a reality. Stock markets are being greatly affected. London, New York, and Tokyo markets have seen sharp drops since the outbreak began. Wall Street even recorded its biggest one day decline since 1987's Black Monday on March 16.

The travel market is the most hit by travel restrictions, and aviation companies face liquidity problems and even bankruptcy. 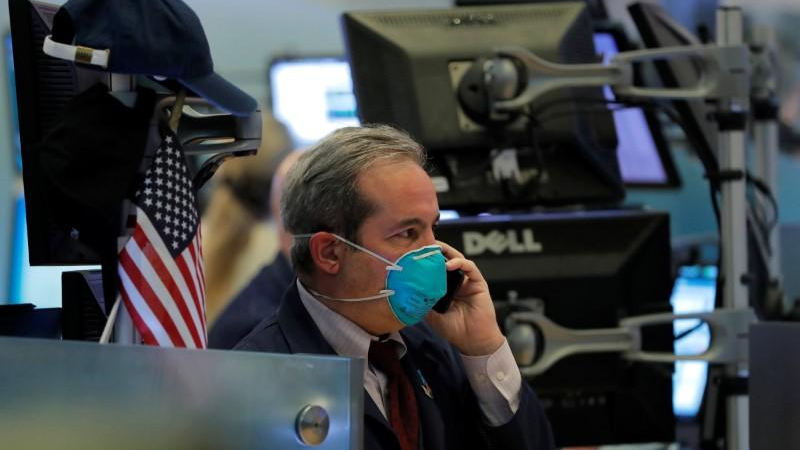 A trader wears a face mask on the floor of the New York Stock Exchange following traders testing positive for COVID-19, in New York, March 19, 2020./ Reuters

A trader wears a face mask on the floor of the New York Stock Exchange following traders testing positive for COVID-19, in New York, March 19, 2020./ Reuters

"The pandemic has dealt a severe blow to an already challenged globalization process," Ehud Eiran, member of the Israeli Institute for Regional Foreign Policies, told CGTN. This is evidenced by the decrease in the movement of people and goods; EU closing up, trade restrictions; suspicion towards foreigners.

"Global supply chains are interrupted and the economic crisis that will follow will decrease global trade. The legacy of the crisis might be an effort by many nations to bring back production home, as the weakness of the global supply chain was just exposed," he explained.

Even though this should be a time for cooperation, the professor noted that "nation-states and their preferences will determine the level of cooperation." "Turning inward was already part of the discourse in a number of European and Asian countries. I expect these trends to gain further support with this crisis," he said.

Harold James, professor of history and international affairs at Princeton University, shares the same view. "There are many signs of a backlash against globalization," he said to CGTN.

The general consensus by the scholars is that national governments will be the dominant actor, as Eiran puts it.

For the academic, in the short term, the crisis "strengthens governments in most states," because they take more responsibility and penetrate deeper into citizens' lives. "It may also play a crucial role in reviving the economy as seen in the U.S., for example."

On the other hand, it can challenge the effectiveness of the state in resolving the situation.

Similarly, Rodrigues added that "governments will be strengthened with national unity discourses that dilute political differences and other divisive issues."

For James, "the crisis is increasingly becoming a competition of political systems, as evidenced by the slanging match between the U.S. and the Chinese governments," and so far, "China's social controls look as if they are more effective than the rather chaotic and visibly over-burdened health systems of other countries."

This "will almost certainly lead many other countries to want to emulate China – though probably not in Europe, where there are much greater concerns about privacy." 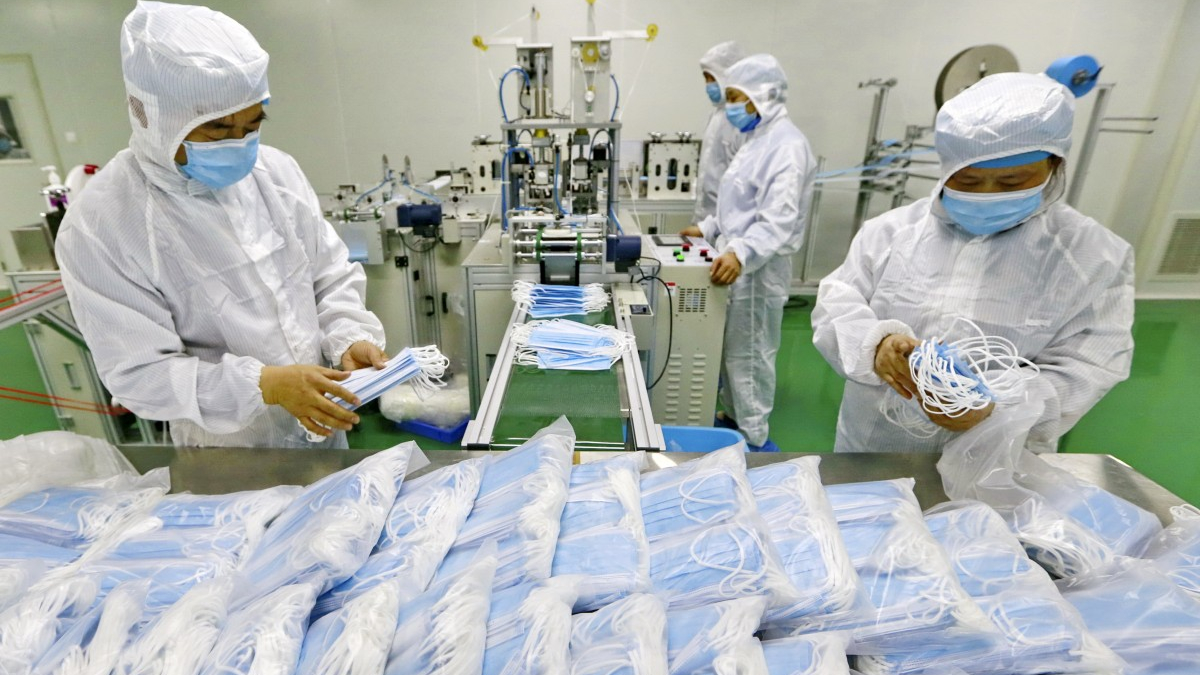 A step into self-sufficiency

James thinks that there may not be a direct link between the pandemic and a renewed wave of protectionism, "but countries – at least big countries – will want to ensure (and they will be lobbied by producer groups) that they have their own supplies of vital goods: face masks, anti-viral drugs."

In his opinion, the virus effect has been disruptive but will be short-lived. However, many manufacturers will draw the consequences and likelihood of it happening again and not want to be dependent on long and distant supply chains. For example, the supply of medical emergency products has shown how dependent Europe and the U.S. are on China and India.

"There will undoubtedly be a push to greater national self-sufficiency," the professor stressed. He expects the trend of moving production back to some countries to continue and intensify.

On the other hand, Ehud Eiran still believes that even in a decline, it is possible to go back to the previous level of globalization, "but this requires leadership and vision."

On this point, Teresa Rodrigues, professor in the Political Studies Department, Nova University Lisbon, told CGTN that a pandemic is by definition a global event with inevitable alterations to economic dynamics and human relations. But she doesn't believe that a setback or even regression in globalization will happen after the outbreak is over.

"The process is ruled by dynamics that in the mid-term are irreversible and will tend to continue and restart after the pandemic is over," she explained.

Rodrigues admits that the pandemic calls for a return of the border concept, clearly seen by entrance bans and is based on the national political power, even for countries that are part of the EU. For her, the crisis has been viewed in a "very localized manner," and not as a matter of global governance. 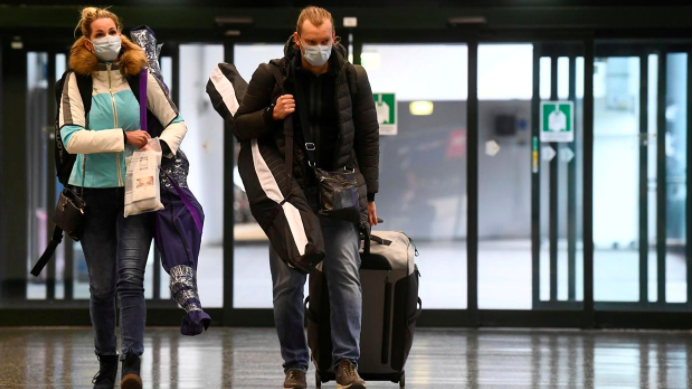 For Pedro Paulo dos Santos, lecturer at City University of Macao, the concept of globalization "will without a doubt change" and a new framework needs to be adopted: one based on cooperation and unity, even if some attempt to take advantage of the situation and progress towards isolationism.

"Nations and organizations will have to develop a better system of precautions, warnings, and curative and containment measures for potential future virus outbreaks. This will not be possible with the current level of globalization. It would indeed be a mistake to revert to a concept of globalization that such an event as the coronavirus outbreak was not able to unite all nations under one speech or dynamics," he told CGTN.

In his view, if the epidemic was addressed as a potential global issue and not a localized problem, it would have been possible to prevent it from reaching a pandemic level.

Health and economy: hand in hand in the political agenda

For Eiran, public health will remain an important issue, but "inseparable from a broader discussion about the economy and its underlining values." It also doesn't mean a "clear and immediate public investment in health."

Along the same lines, Rodrigues noted that "health security will never be more important than economic security. But we might see some rethinking in terms of security measures at that level, once fragilities in the response are identified.”

Dos Santos agrees that public health will be the top agenda in the global arena for months, perhaps years, tightly connected with the economic discussion. "For vital changes necessary to prevent future outbreaks or improve containment on a global scale, massive amounts of financial support will be paramount," he said.

On the other hand, James expects "the crisis to produce a pretty widespread debate about the collection (use and dissemination) of health and other data by governments."