Europe scrambles to get shelter, care for homeless amid COVID-19
By Sim Sim Wissgott 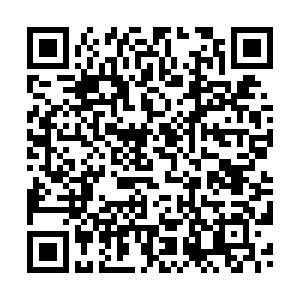 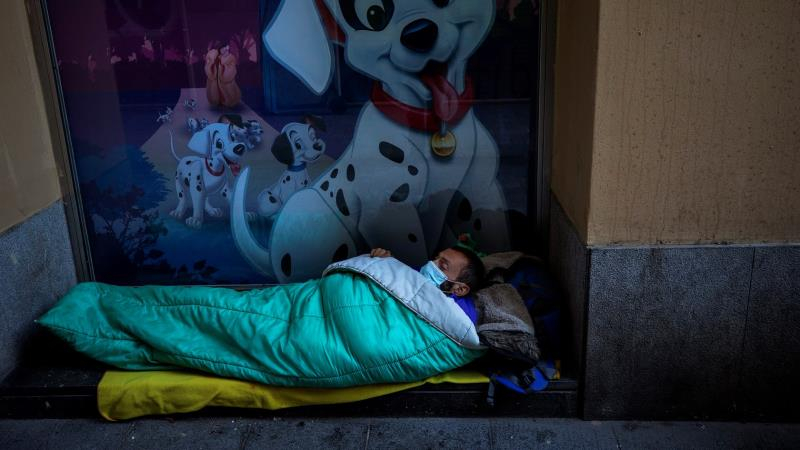 A homeless man wearing a mask sleeps in the doorway of a building in Barcelona, Spain, March 15, 2020. /AP

A homeless man wearing a mask sleeps in the doorway of a building in Barcelona, Spain, March 15, 2020. /AP

While authorities in Europe struggle to convince people to stay at home to prevent a further spread of COVID-19, others have no choice but to sleep on the streets.

The homeless have been hit hard by the global health emergency and authorities, charities and social workers have been scrambling to afford them care and keep them safe.

"Home has rarely been more of a life or death situation," Leilani Farha, the UN Special Rapporteur on the right to adequate housing, noted in a statement last week.

At least 150,000 people in France live on the street. In Germany, they are an estimated 41,000. In the UK, they are about 5,000. That's not including hundreds of thousands more who have no fixed abode and rely on shelters and temporary housing.

For all of those, simple instructions like "stay at home," "wash your hands" and "practice social distancing" have been nearly impossible to follow.

Besides having no home to go to, homeless people have seen vital soup kitchens and day centers where they could get a hot meal and a shower close their doors – the result of caps on the number of people who can be in one place, as well as staff shortages – while public restrooms and parks where many used to spend the night have also been shut.

In France, social workers reported several cases of people being fined for sleeping on the street after the country introduced lockdown measures on March 17. 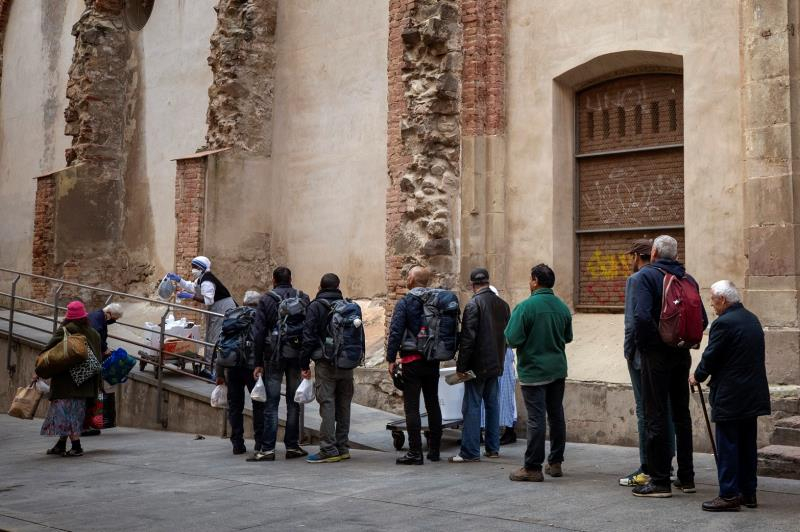 People line up to receive donated food at a church in Barcelona, Spain, March 20, 2020. /AP

People line up to receive donated food at a church in Barcelona, Spain, March 20, 2020. /AP

The homeless are already an at-risk population for COVID-19, being prone to chronic disease, including respiratory problems, made worse by prolonged exposure from sleeping rough.

The timing of the epidemic could also not be worse, coming as emergency winter shelters that open during the coldest months of the year are about to close.

Authorities quickly realized the housing problem and set up additional shelters, including in school gyms, as schools are currently closed.

The French resort of Cannes, where this year's film festival has been cancelled, has converted its Palais des festivals, usually the venue of glamorous premieres, into a shelter for about 50 homeless with beds, showers and hot meals.

Spanish La Liga football team RCD Mallorca, whose season has been suspended over the epidemic, has also seen its sports hall turned into temporary housing, along with other sports centers on the island.

In France, the UK, Germany, Belgium and the Netherlands, authorities have booked rooms or requisitioned empty hotels to house people without a roof over their head. Cities like Vienna in Austria or Verona in Italy are keeping their shelters open all day, not just at night.

Meanwhile, special centers have been set up in Paris and Brussels for homeless people who have shown symptoms of COVID-19, where they can be tested and properly isolated from each other. 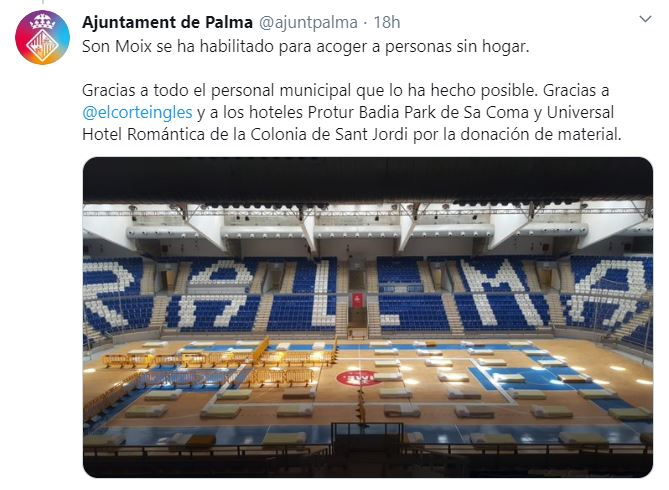 A tweet by the city of Palma in Spain, showing RCD Mallorca's sports center converted into a homeless shelter. /Twitter screenshot

A tweet by the city of Palma in Spain, showing RCD Mallorca's sports center converted into a homeless shelter. /Twitter screenshot

France extended the "winter truce" during which people cannot be evicted from their home by two months until May 31, and the UK has suspended evictions for up to three months.

Unable to host large groups of people for a meal, soup kitchens have resorted to serving their customers outdoors, or handing out packed lunches – often across a wide table to limit contact between both sides.

In several German cities, ordinary people have hung care packages of food, clothes and hygiene articles on fences in designated locations for those who need them.

In Spain, authorities have set up points where homeless people can receive kits with food and hygiene products, as well as get their temperature checked.

Charities and specialist GPs in the UK have meanwhile handed out phones with credit to homeless people with possible symptoms, in order to stay in touch with them and track their health.

Despite all these efforts, social workers and aid organizations say there are still not enough beds to cater to all who need one. When 50 or more people are packed into one large gymnasium there is also the risk that if one person falls ill, it could spread to everyone else. 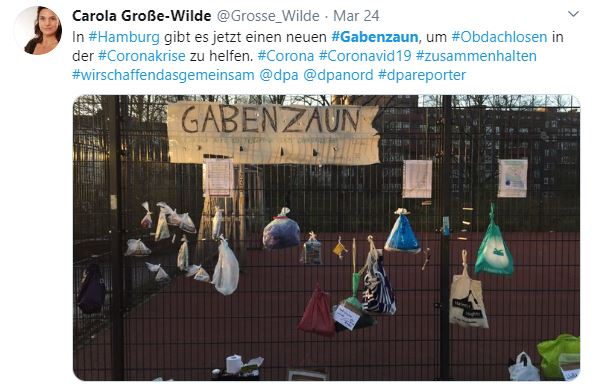 A 'Gabenzaun,' or donation fence, collecting food and other items for the homeless in Hamburg, Germany. /Twitter screenshot

A 'Gabenzaun,' or donation fence, collecting food and other items for the homeless in Hamburg, Germany. /Twitter screenshot

This was the case in the German city of Hamburg where an entire homeless shelter of 300 people had to go into quarantine after one person there tested positive.

NGOs and soup kitchens are also suffering from a serious lack of volunteers even as demand for their services has gone up. In some cases, staff are themselves under quarantine. Many volunteers are also elderly, including retired doctors or nurses, and are themselves at risk and told to self-isolate.

The city of Paris last week offered 14 school gymnasiums for use as temporary accommodation, but only four of them could reportedly open as there weren't enough people to run them.

For many homeless, who can usually count on a few donations or small jobs such as selling newspapers to buy a sandwich or pay for a phone card, strict instructions for people to stay at home mean these sources of cash have dried up, making them all the more dependent on social services.

One homeless man in Spain has taken to Twitter to publicize what he and many others are going through, seeing canteens and public restrooms close overnight, while dealing with fears about contagion and a dearth of information.

"It's a real blow when you do everything you can to isolate yourself from coronavirus without a roof over your head, and then you see people who have a home who don't take measures," he told the daily 20Minutos.