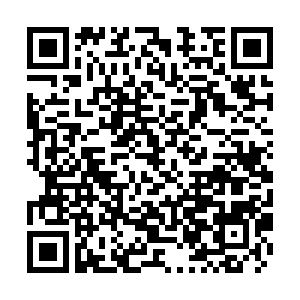 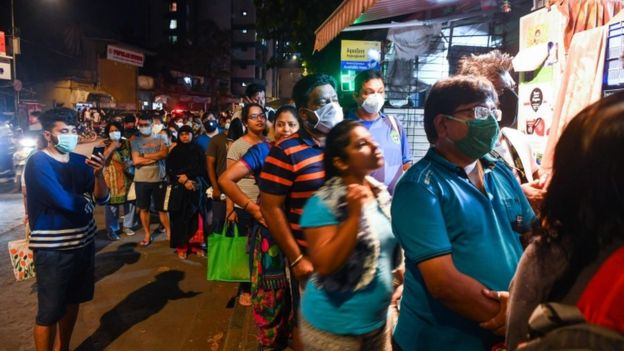 Just as China, where the first epicenter of the coronavirus, began to loosen some controls, neighboring India ordered its 1.3 billion people – the world's second biggest population – to stay at home for 21 days.

This order is the largest lockdown to be issued so far, meaning that 2.6 billion people are now under some form of movement restriction around the globe, about a third of the world's population.

Indian Prime Minister Narendra Modi told the nation that the lockdown was "very necessary to break the chain of coronavirus."

"To save India, to save its every citizen, you, your family [...] every street, every neighbourhood is being put under lockdown," Modi said in a televised address.

He appealed for people not to panic, assuring that essential supplies will be provided by the central government. But crowds quickly mobbed stores in the capital, Delhi, and other cities.

India has already severed international flight links and will stop domestic air services at midnight in a bid to stem the spread. 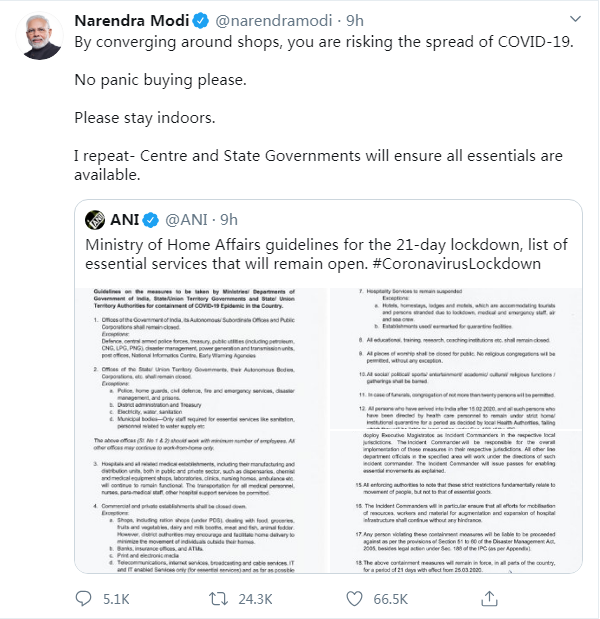 India has confirmed relatively few cases of COVID-19 so far, but there has been a sharp increase to 519 infections, including 10 deaths. Health officials said that the coronavirus was spreading out of big cities, where it first appeared, into smaller towns. Researchers predicted that more than a million people in India could be infected with the coronavirus by mid-May.

One possible reason for the comparatively low number of the COVID-19 cases for now is its low nucleic acid test capacity – 60,000 to 70,000 per week. In comparison, the UK says it is increasing its test capacity to 25,000 a day.

"The only way you can control a disease like this is that you test early and you quarantine them," said Bellur Prabhakar, a professor of microbiology and immunology at the University of Illinois.

But Balram Bhargava, director-general of the Indian Council of Medical Research, said there is no need for "indiscriminate testing."

Another possible reason is that the virus usually thrives in lower temperatures, meaning that it might not spread so efficiently in India, where the weather is often higher than 30 degrees, although there isn't enough evidence to support the theory that the coronavirus follows the same pattern of other similar viruses. The experts caution against drawing an early conclusion, and urge the people to stay alert in case the situation deteriorates in the coming weeks.

If the spread of coronavirus isn't impacted by temperatures, that could be a problem for India.

A growing number of governments are encouraging citizens to self-isolate at home and wash their hands to control the spread of coronavirus. But in parts of India, people who live in low quality, semi-permanent structures can hardly follow these basic measures.

According to the report from the Indian government, many residents don't have bathrooms or running water at home. And some residents get their water from a communal tap, while others collect theirs in canisters and buckets from tankers that visit a few times a week.

This poses challenges for Indians to effectively implement the quarantine plans including social distancing.

Modi has also expressed his concern for the millions of workers who rely on a daily wage. He requested "the business world and high-income segments of society to as much as possible, look after the economic interests of all the people who provide them services."

"In the coming few days it is possible these people may not be able to come to offices or your homes. In such a case, do treat them with empathy and humanity and not deduct their salaries. Always keep in mind that they too need to run their homes, protect their families from illness."

Chief minister of northern Uttar Pradesh state Yogi Adityanath said that each of the 1.5 million daily wage laborers in his state will be given 1,000 rupees (13 U.S. dollars) via direct transfer to help them meet their daily needs. But not all residents have access to the registration of the aid plan.