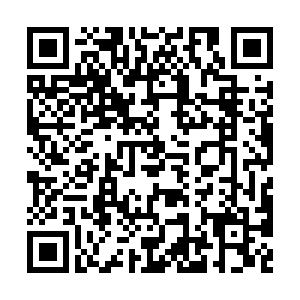 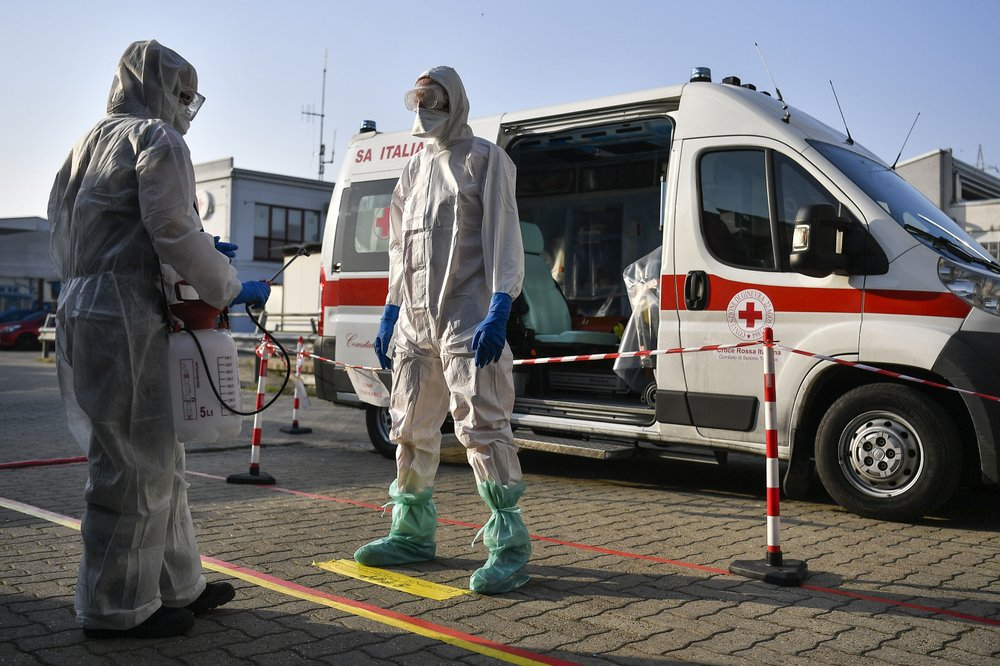 Operators sanitize each other after service on an ambulance for the transport of COVID-19 patients in Settimo Torinese, Northern Italy, March 23, 2020. /AP

Operators sanitize each other after service on an ambulance for the transport of COVID-19 patients in Settimo Torinese, Northern Italy, March 23, 2020. /AP

Italy on Tuesday received more reassuring evidence that its coronavirus infection rate was slowing thanks to a painful lockdown that other nations are starting to apply at great economic cost.

Health officials across the ravaged Mediterranean country are poring over every new piece of data to see whether two weeks of bans and closures have made a dent in the crisis.

The harshest restrictions are theoretically due to expire on Wednesday evening – although the government is all but certain to extend them in some form for weeks or even months.

Italy's 743 new deaths broke two days of successive declines that had taken the number down to 601 on Monday. It set a world record of 793 fatalities on Saturday.

Cuba sent a medical brigade to Italy on Sunday to help treat coronavirus patients in the field hospital that was set up in Crema, one of the areas in Northern Italy most hit by the virus.

The Green Ribbon initiative, one the NGOs in China, is sending thousands of pieces of protective clothing, gloves and facial masks in its first batch of donations to northern Italy in support of the global efforts to combat the coronavirus outbreak.

The first batch was donated by the Shanghai Overseas Chinese Foundation, one of Green Ribbon's 130-plus participants. The initiative started rallying to collect the supplies most needed in Europe since early March. Its participants include a growing number of Chinese companies, scientific institutions and other societal organizations.

At a brief ceremony on Wednesday in Beijing, Emanuele de Maigret, minister counselor and head of the Italian Embassy's Economic and Commercial Office said that as Chinese medics arrive in Italy, so are more of the necessary supplies from China.

The minister counselor also said Italy's donation to China earlier this year shows the resolve to the two countries to fight the epidemic together.

Zhou Jinfeng, secretary-general of China Biodiversity Conservation and Green Development, which co-founded the Green Ribbon initiative, said at the ceremony that "we really hope Italians can get our message of solidarity when the supplies arrive. We are of one community with a shared destiny, we will get over this together." 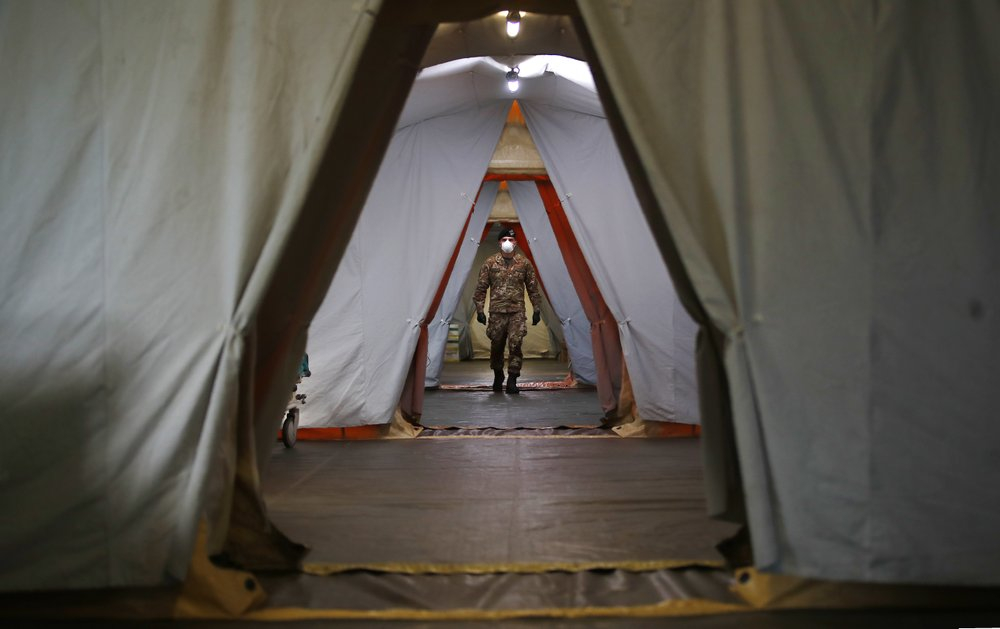 But officially registered new infections rose just eight percent – the same as Monday and the lowest level since Italy registered its first death on February 21. It had been running at as high as 50 percent at the start of March.

"The measures we took two weeks ago are starting to have an effect," civil protection service chief Angelo Borrelli told the daily La Repubblica before Tuesday's toll came out.

He said more data over the next few days will help show "if the growth curve is really flattening."

Few scientists expect Italy's numbers – if they really are dropping – to follow a steady downward line.

The slowing contagion rate is at least offering a ray of hope in the midst of a global health emergency that is only deepening in other parts of Europe and the United States.

Scientists believe that countries such as Spain and France are following in Italy's footsteps with a lag of a few weeks.

The numbers from the U.S. are also similar to the track of those of Italy about 20 days ago.

Most other European nations and some U.S. states have followed Italy's example and imposed their own containment and social distancing measures designed to stop the spread.

The data that Borrelli has gathered from Italy's 22 regions are of crucial interest to global policymakers and medical experts.

Government is weighing the potential benefits of Italy's measures against their damage to the economy and families' livelihoods.

Big global banks think the business closures have plunged Italy into a deep recession that could be more severe than anything seen in decades.

But the country's world-class health system is also straining and the government appears intent on helping it cope at any price.

The country's daily deaths are also still higher than those officially recorded in China at the peak of its crisis in Wuhan, Hubei Province.

Both Italy's and Hubei's populations are around 60 million.

Italian officials are using the downward trend in new infections to double down on their insistence that people stay home at all times.

Prime Minister Giuseppe Conte on Tuesday cranked up fines for those out on the streets without a legitimate reason from the current 206 euros to 400-3,000 euros (from 430 to 3,225 U.S. dollars).

"Everyone must do their part," Conte said in a televised address.

Conte added that he was "very confident" that Italians could resume their normal lives before the current general state of emergency expires on July 31.

Italy is perplexed over how it managed to become the global epicenter of a pandemic that began on the other side of the world.

Borrelli pointed to a Champions League match between Italy's Atalanta and Spain's Valencia football clubs in Milan on February 19 as a particularly egregious mistake.

It was attended by 40,000 fans who celebrated the local team's win deep into the night.

"We can now say, with hindsight, that it was potentially a detonator," Borrelli said of the match.