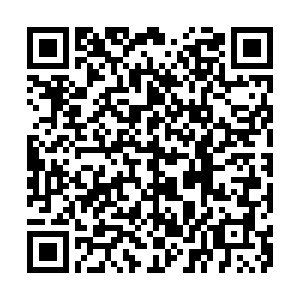 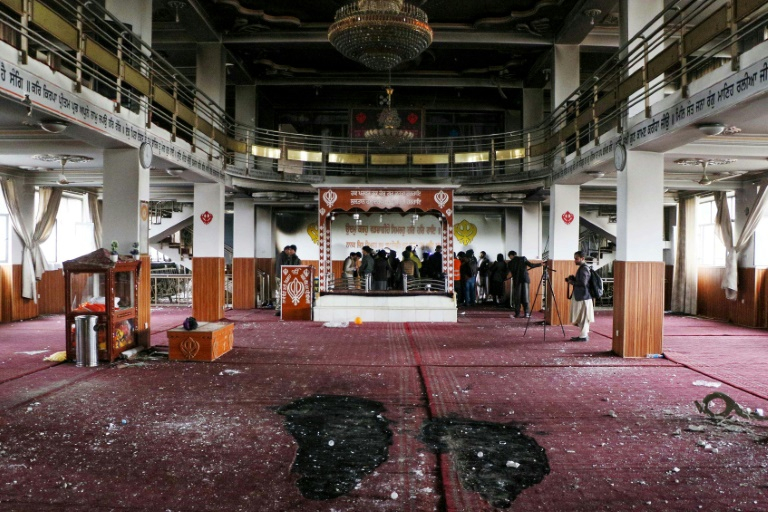 Security personnel and journalists inspect the Sikh-Hindu temple in Kabul, Afghanistan after a deadly attack. /AFP

Security personnel and journalists inspect the Sikh-Hindu temple in Kabul, Afghanistan after a deadly attack. /AFP

At least 25 people were killed Wednesday in an attack on a Sikh-Hindu temple in Afghanistan's capital where worshippers were offering morning prayers, the latest brutal assault claimed by the Islamic State group.

The incident, highlighting the country's ongoing violence, came several hours before Afghanistan's National Security Council announced that the Taliban and government officials would hold a historic meeting face-to-face over a prisoner exchange.

The Taliban denied any involvement in the latest attack, for which the Islamic State (ISIL) group claimed responsibility, according to the SITE intelligence group.

According to a witness at the scene, a man in a police uniform burst into the temple in central Kabul, shot a guard and started attacking worshippers in the main hall. They entered the building, shooting people from room to room.

Only a few thousand Sikhs and Hindus are estimated to reside in what is an overwhelmingly Muslim nation.

There were conflicting accounts about how many gunmen were involved, with security sources giving differing numbers, between one and four.

At least one attacker was subsequently killed by security forces in an hours-long clearing operation. 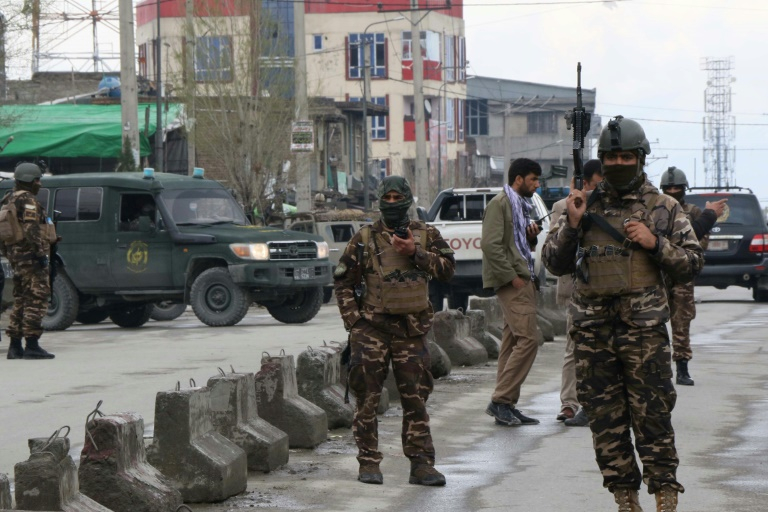 Anarkali Kaur Honaryar, a Sikh member of the Afghan parliament, said about 150 people had been inside the temple, where several families also live and worshippers gather for morning prayers.

"Some people inside the temple are hiding and their phones are off," Honaryar said while the attack was ongoing.

Interior ministry spokesman Tariq Arian said 25 civilians had been killed and eight others wounded, while 80 people had been rescued. Graphic images posted online showed several bodies as well as terrified people who appeared to be Sikhs running from the scene.

"Such cowardly attacks on the places of religious worship of the minority community, especially at this time of (the coronavirus) pandemic, is reflective of the diabolical mindset of the perpetrators and their backers," the Indian foreign ministry said in a statement.

Sikhism and Hinduism are rooted in India.

Along with a raging insurgency, impoverished Afghanistan is reeling from a massive cut in U.S. aid while it struggles with political deadlock and rising coronavirus cases.