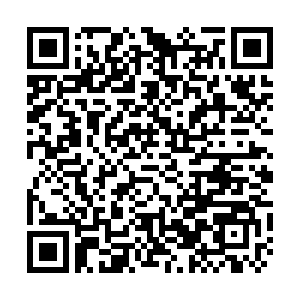 For the first time in the history of the Group of 20 (G20), the coronavirus is forcing leaders of the world's major economies to meet in a tele-summit instead of face to face. The (G20) is holding an emergency virtual summit on Thursday, hosted by current chair, Saudi Arabia. Leaders of the world's major economies will discuss how to contain the coronavirus pandemic and stabilize the global economy. The group played a key role in pulling the world out of financial crisis 10 years ago. But this time, the situation may be far more intractable. "The outlook for global growth: For 2020 it is negative, a recession at least as bad as during the global financial crisis or worse," says Kristalina Georgieva, managing director of the International Monetary Fund (IMF).

The IMF believes "the faster the virus stops, the quicker the economy recovery will be." But, curbing the spread of the virus within a short time frame seems an increasingly tough challenge. World Health Organization (WHO) Director General Tedros Adhanom Ghebreyesus warned earlier that "This virus is very dangerous and we have already counted more than 16,000 deaths. If you remember, we have been saying for more than two months now, this is, this virus is public enemy number one. "

The rapid spread of the pandemic is already causing huge economic disruption. In the U.S. for example, the number of Americans filing for unemployment benefits has seen its biggest surge since 2012, as companies in the service sector lay off massive numbers of workers. That helps explain why President Donald Trump is so eager to get Americans businesses restarted. The U.S. leader said on Wednesday "I'm also hopeful to have Americans working again by that Easter, that beautiful Easter day."

But there are only 18 days left for the U.S. president to meet his target. And U.S. health experts say the infection cases in the country are still likely to keep rising. "Our new cases will continue to surge because we're still working on our backlog," noted Deborah Birx, the White House Task Force Coordinator.

So far, many governments have adopted measures both to try to contain the disease and support their economies. G20 financial chiefs earlier have agreed a joint Action Plan to support financial stability for emerging markets and developing economies.

But whether the bloc's leaders will reach agreement on measures addressing both the global economy and public health is still unclear. U.S. Secretary of State Mike Pompeo has continued to stigmatize China for the outbreak, by calling it "Wuhan virus" while his European allies disagree. As they try to balance economic stabilization with disease control, they may first need to decide between closer cooperation or playing power politics as usual.