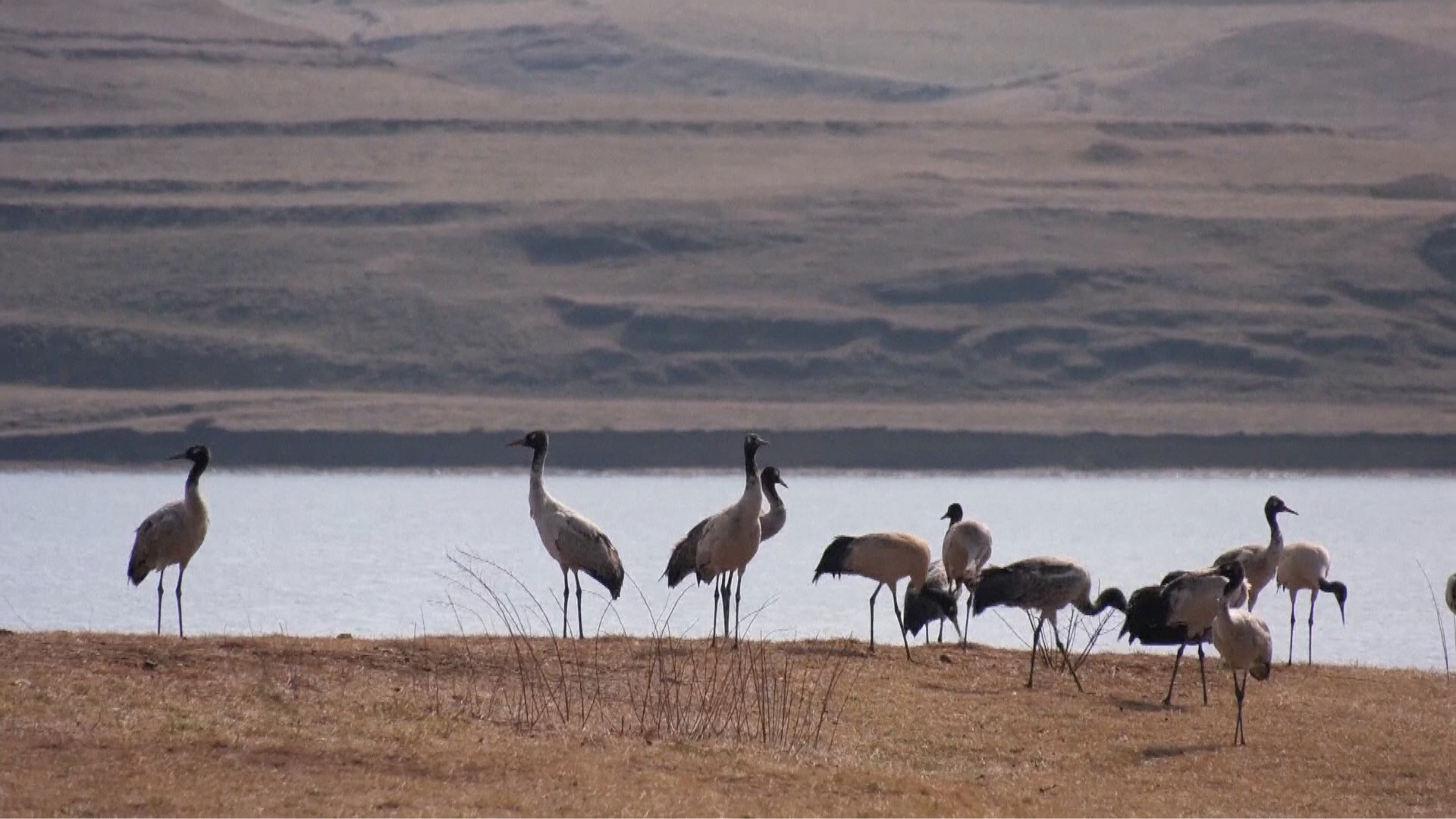 Dashanbao is a major habitat for black-necked cranes in China. After wintering here for four months, the birds will go on to breed in Ruo'ergai Grassland of southwest China's Sichuan Province.