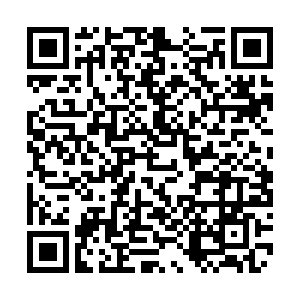 The number of Americans filing claims for unemployment benefits likely raced to as high as a record four million last week as strict measures to contain the coronavirus pandemic ground the country to a sudden halt, unleashing a wave of layoffs. 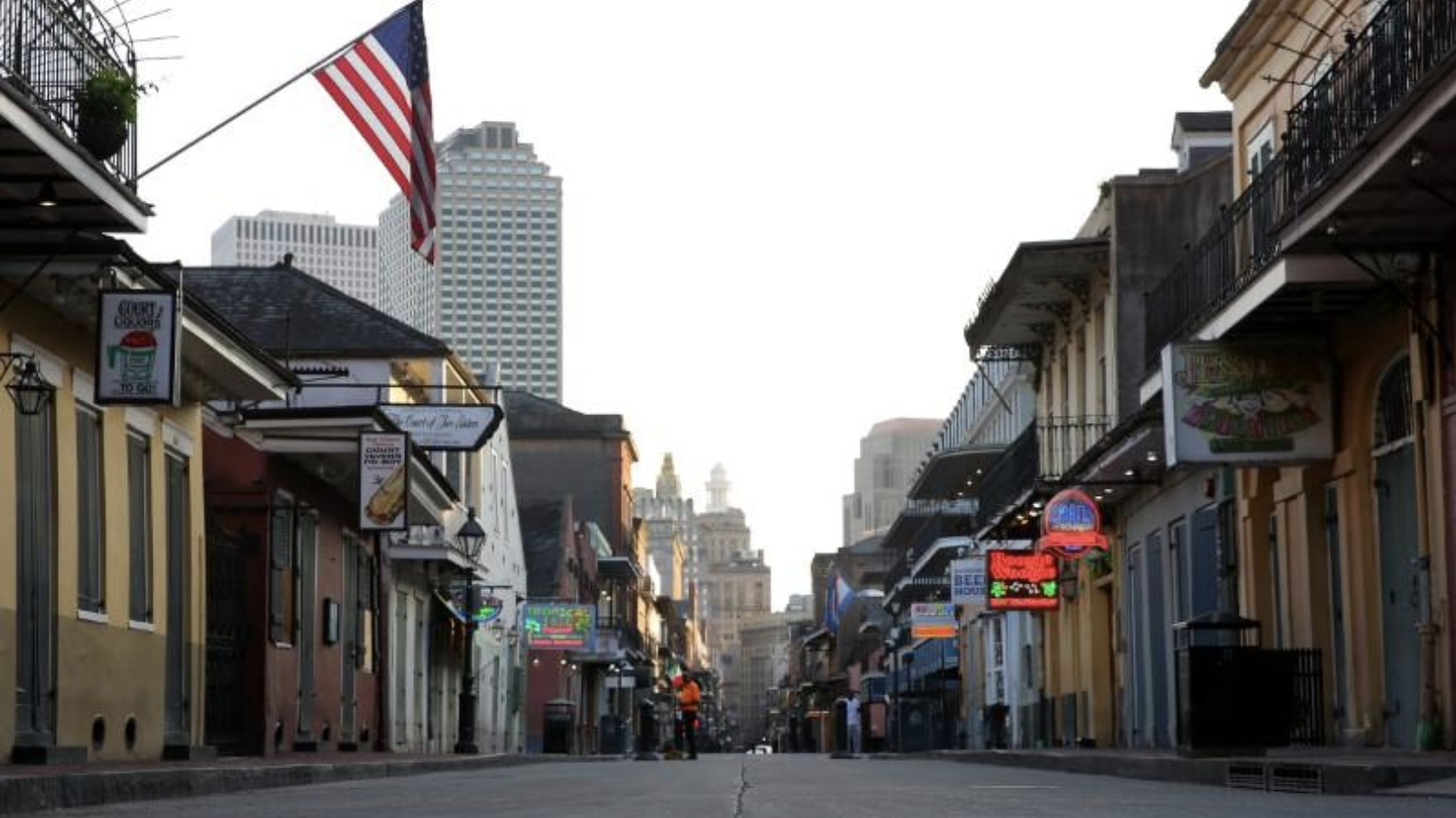 A view of Bourbon Street amid the outbreak of the coronavirus in New Orleans, Louisiana, U.S., March 25, 2020. /Reuters

A view of Bourbon Street amid the outbreak of the coronavirus in New Orleans, Louisiana, U.S., March 25, 2020. /Reuters

The weekly jobless claims report from the U.S. Labor Department on Thursday is set to offer the clearest evidence yet of the coronavirus' devastating impact on the economy, which has forced the Federal Reserve to take extraordinary steps and set the U.S. Congress racing to assemble a record two trillion U.S. dollars stimulus package.

Economists say the economy is already in recession and the jobless claims report would offer proof of that.

The weekly claims figures are the most timely labor market indicator. The report on Thursday is set to grab attention on both Wall Street and Main Street after the Trump administration requested that states stop giving daily snapshots of applications for jobless aid.

According to a Reuters survey of economists, initial claims for state unemployment benefits probably surged to a seasonally adjusted by one million for the week ended March 21, which would far eclipse the previous record of 695,000 set in 1982. Estimates in the survey were as high as 4 million, which would dwarf the 281,000 applications received during the week ended March 14.

"Containment efforts in response to the coronavirus resulted in a very sudden and very dramatic change over just a few days," said Stephen Gallagher, U.S. chief economist at Societe Generale in New York. "Layoffs were part of that change and applicants appear to have flooded state unemployment insurance offices within a very short time-span." 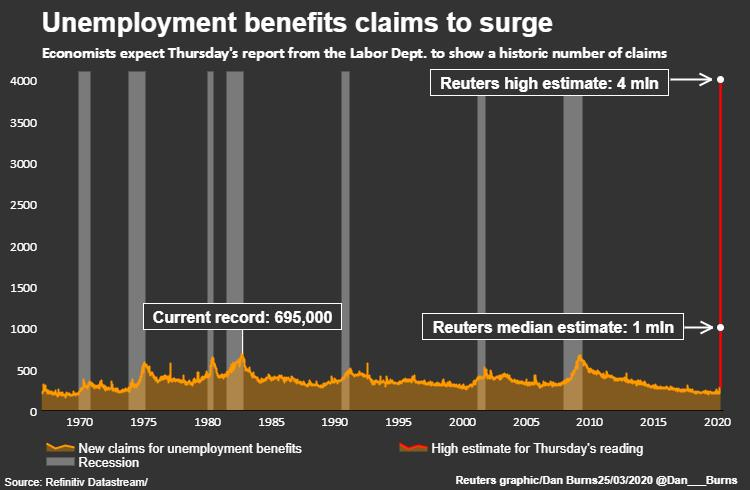 There were reports of many states saying their employment websites crashed because of heavy traffic.

Governors in at least 18 states, accounting for nearly half the country's population, have ordered residents to stay mostly indoors. "Non-essential" businesses have also been ordered closed. According to economists, a fifth of the workforce is on some form of lockdown.

Economists' collection of raw data from states, industry groups and their own models show an unprecedented jump across all states.

Morgan Stanley is forecasting unadjusted claims for California, one of the regions hardest hard by the respiratory illness called COVID-19 brought on by the coronavirus, to have shot up by 550,000. California Governor Gavin Newsom said earlier this week that new filings for jobless benefits there were running at an average of 106,000 a day in the past week.

Claims from New York, now at the center of the pandemic, are forecast to have increased by 210,000, according to the Morgan Stanley estimate. Applications in Washington state are expected to have risen by about 100,000.

With state employment websites overwhelmed, economists say some of the applications that were supposed to be filed during the week ended March 14 were pushed back to last week, which could also account for the anticipated surge in claims.

"In addition, reports from some states also suggest that the process for making claims has been in part shifted to a pen and paper approach, potentially delaying the filing process as well," said Jan Kozak, an economist at Morgan Stanley in New York. "This means that some of the 3.4 million in claims we estimate might have been spread into this week as well."

Last week's claims data likely will have no impact on March's employment report as it falls outside the period during which the government surveyed employers for nonfarm payrolls, which was the week to March 14. Economists, however, say the rush for benefits in that survey week suggests payrolls declined this month, which would end nearly 9-1/2 years of job growth.

"Jobs will decline in March," said Mark Zandi, chief economist at Moody's Analytics in West Chester, Pennsylvania. "There are numerous reports of laid-off workers unable to file for unemployment insurance because so many people are trying to file at the same time. Millions of job losses are likely in coming weeks."