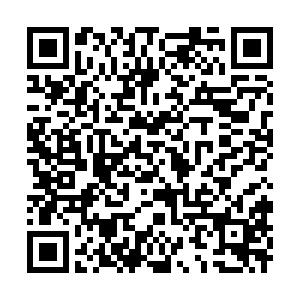 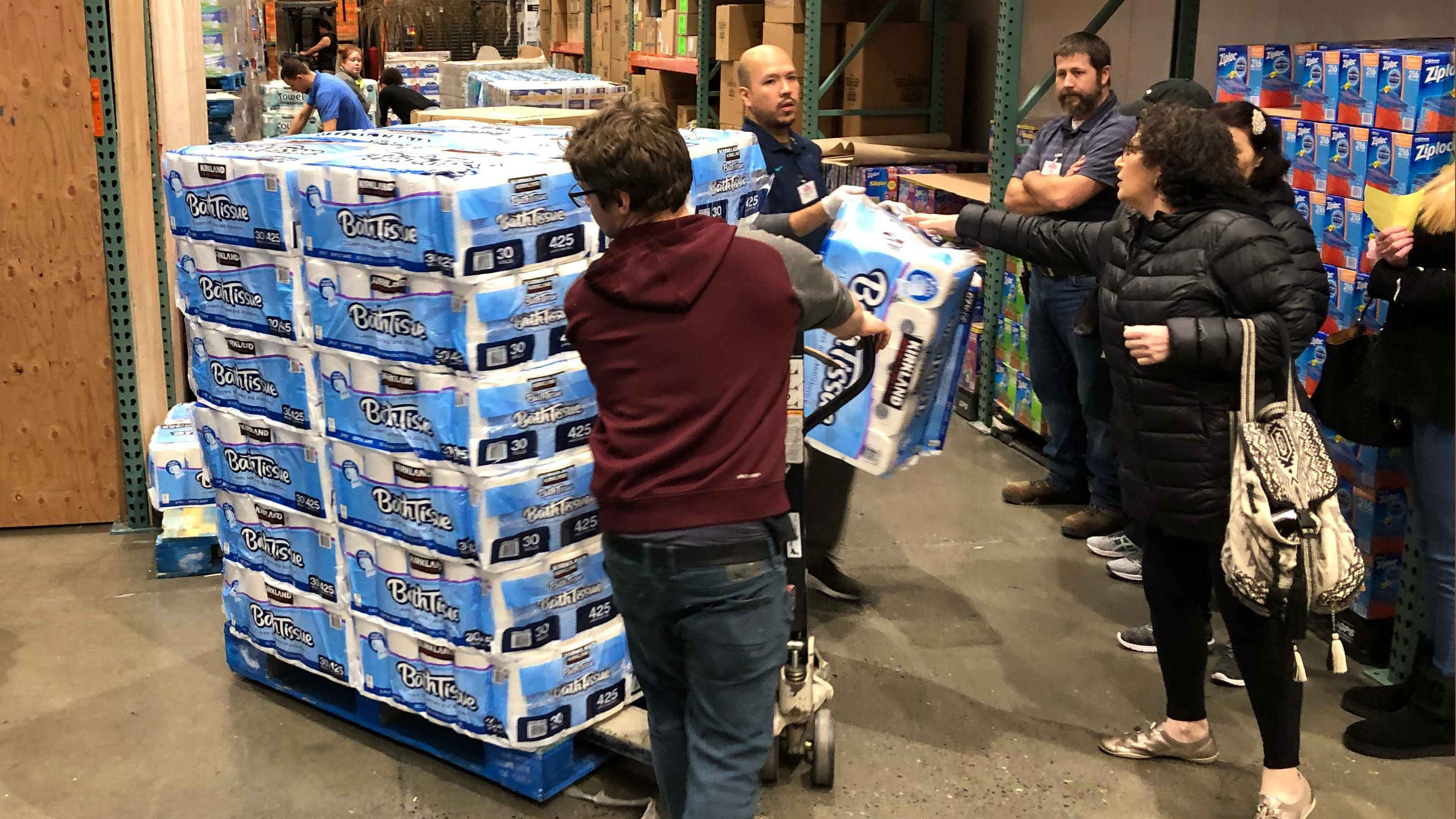 Editor's note: Teresa Ghilarducci is professor of economics at the New School for Social Research. The article reflects the author's opinions, and not necessarily the views of CGTN.

Despite the deep polarization of American politics, there appears to be more agreement than disagreement over how to deal with the economic fallout from the COVID-19 pandemic. The U.S. Federal Reserve is already pursuing bold monetary-policy measures, and Congress is quickly working toward a large fiscal-stimulus package featuring government bailouts with equity stakes in private companies and one- or two-time cash infusions to households.

But this rare moment of bipartisanship will turn out to have been a missed opportunity if it does not also reverse the long decline of worker protections and collective-bargaining power in the United States. As Lawrence H. Summers of Harvard University and many others have shown, this trend has contributed significantly to the U.S. economy's stagnation in recent years, and it now threatens to undercut the next recovery.

Despite tightening labor markets since 2009, labor's share of income has steadily and stubbornly fallen. Without a policy response that puts wages and economic security back on track with profits and productivity growth, a sudden drop in economic output will be inevitable. Worse, the current design of the bipartisan response would allow for a further consolidation of monopoly and monopsony power, leading to further labor repression and stagnation. Without measures to strengthen automatic stabilizers, social insurance programs, and workers' bargaining power, the increased supply of labor from rising unemployment will suppress many workers' reservation wage (the minimum pay that a worker can or will accept).

Recessions don't usually feature labor scarcities, but in this case, the demand for labor at the front line of the pandemic is rapidly increasing. But so, too, is the danger to these workers, many of whom tend to be older and at higher risk from COVID-19. If they can no longer work, the broader public-health response will suffer. To be sure, wages in health care, transportation, food distribution, and other essential sectors are rising in the midst of the crisis. But these gains will be temporary, and many other workers are being forced to put in overtime (as non-union home health aides or unpaid care workers) without additional compensation, even as their occupational risks increase.

We already know what policies would help workers through the crisis and afterwards. For starters, all employers should be required to provide paid sick leave. Following lobbying by Amazon and others, the U.S. Congress and President Donald Trump have exempted companies with more than 500 employees from such requirements. Not only is this bad for workers and thus for the recovery, it also poses a public health risk (which is precisely why the Centers for Disease Control keeps data on paid sick leave).

Second, we need to make it easier for companies to furlough rather than shed their employees during shocks. As Arindrajit Dube of the University of Massachusetts argues, the U.S. should require all states to offer work-sharing agreements, whereby the government partly pays the wage bill for workers who would otherwise be laid off. 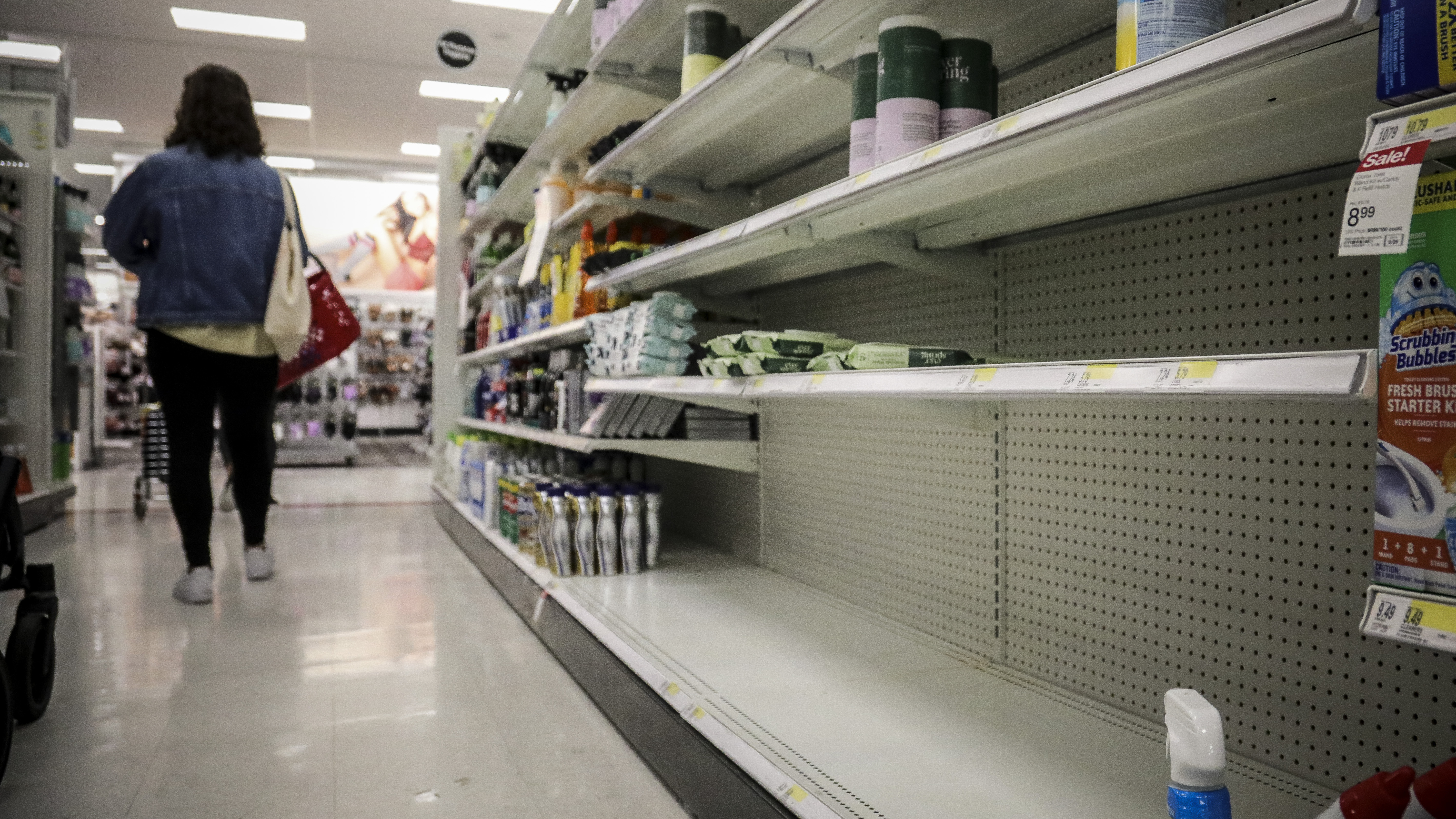 Moreover, in thinking about the next crisis, the U.S. needs to transform its unemployment-insurance system. Eligibility should be dramatically broadened (not least to include gig workers), and the benefits should be increased far above the current wage-replacement level, which is only around 40 percent. Here, the U.S. is far behind the United Kingdom, where the government has already announced that it will cover 80 percent of the wage bill for potentially dispensable workers that employers do not lay off.

Third, companies that receive public funds of any kind should not be able to offshore and outsource jobs, violate labor laws, or engage in stock buybacks. U.S. Senator Elizabeth Warren has long made this argument, and now even Trump agrees.

Fourth, the U.S. needs policies to prevent the creation of "reserve armies" of labor during downturns. For example, with higher pensions, older workers will have less need to flood the labor market. The problem is that, unlike defined-benefit pensions, 401(k)s and Social Security do not act as automatic stabilizers.

On this issue, one especially ill-advised proposal (pushed by the Wall Street Journal editorial board) would allow people to draw down their retirement accounts early without paying a penalty. But the penalty never really curbed people from withdrawing in an emergency anyway. By eliminating it, the government would merely be signaling that it is okay for households to raid their future for their current security. Given that financial fragility in the U.S. is on the rise, this is a recipe for driving millions of retirees into the market to compete with younger workers during downturns.

Lastly, the U.S. should raise the federal minimum wage to 15 U.S. per hour and increase the penalties for firms that misclassify workers to avoid providing benefits. This and the other measures listed above would not only boost labor's share of income and stabilize demand during crises; it would do so without adding to the deficit.

One promising feature of the current crisis is that it has elicited a fierce and sympathetic outpouring of public support for workers, especially those on the front lines who are risking their lives (in many cases without protective gear) to help. One hopes this sentiment will translate into policy.

For decades, the U.S. has allowed unions and the broader employee-employer compact to deteriorate substantially. In the past, it was unions that negotiated paid sick leave and alternatives to unemployment, just as, in the current crisis, the United Auto Workers begged for the auto plants to be closed. If more workers had union contracts – which act as another automatic stabilizer – the blow from the pandemic would already have been softened. In designing a policy response, it is time that both parties put workers first.