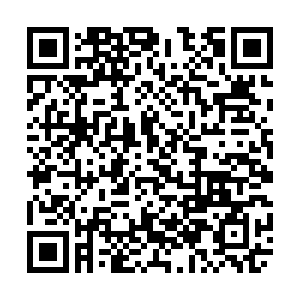 Geng made the remarks at a daily briefing . He said the law blatantly obstructs other countries from developing normal relations with China.

"China urges the U.S. to correct its mistakes and not implement the law and obstruct exchanges between China and other countries. Otherwise, China will resolutely fight back," stressed the spokesperson.

The legislation, passed by the House of Representatives on March 4, expresses Washington's support for Taiwan in strengthening so-called "relationships" with countries around the world.

China's top legislature on Friday also expressed strong dissatisfaction and firm opposition against the law. The act was signed into law despite stern representations from China, according to a statement issued by the Foreign Affairs Committee of the National People's Congress.

This act is in serious violation of the one-China principle and the three China-U.S. joint communiques, and goes against international laws and basic norms governing international relations, said the statement.

The Taiwan question concerns China's sovereignty, territorial integrity and core interests. The act disregards the basic facts that the one-China principle is universally recognized by the international community and that the United States established formal diplomatic ties with China 41 years ago.

By groundlessly obstructing other countries from establishing diplomatic ties with China and helping Taiwan expand the so-called "international space," the act runs counter to the one-China policy long held by the U.S. governments since the establishment of China-U.S. diplomatic ties and the important consensus between the heads of state of the two countries.

The act will seriously disrupt China-U.S. relations and cooperation in major fields and will eventually hurt the interests of the United States.

There is only one China in the world, and Taiwan is an inalienable part of China.

The one-China principle is the political foundation of China-U.S. relations and a common consensus of the international community, the statement said.

"We strongly urge the U.S. side to fully recognize the highly sensitive nature of the Taiwan question and adhere to the one-China principle and the three China-U.S. joint communiques," the statement said. "The U.S. side should refrain from implementing the act, prudently handle Taiwan-related issues, and take concrete action to safeguard China-U.S. relations and cross-Strait peace and stability."

Zhu pointed out that China's national reunification and national rejuvenation are a historical trend and cannot be stopped by any force, and "Taiwan independence" is a dead end, and will never come true.