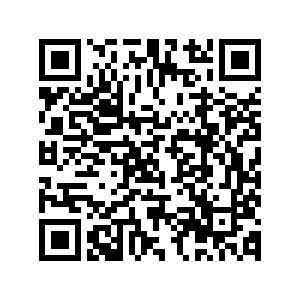 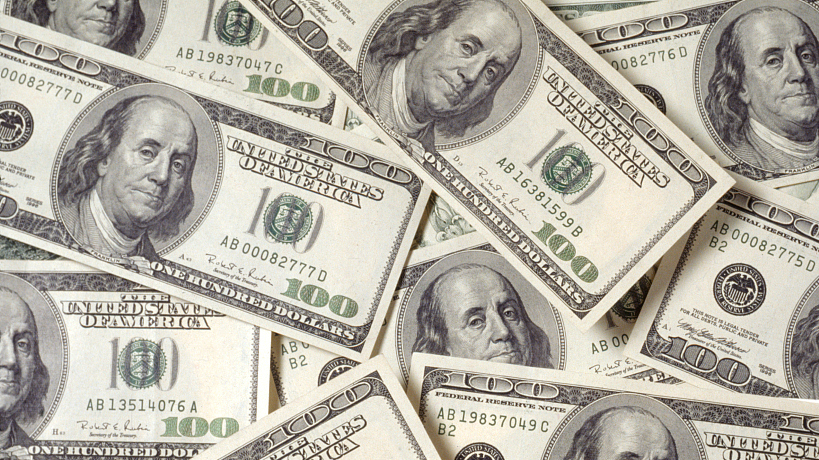 Editor's note: Willem H. Buiter, a former chief economist at Citigroup, is a visiting professor at Columbia University. The article reflects the author's opinions, and not necessarily the views of CGTN.

With the COVID-19 pandemic intensifying, the United States has just adopted a two trillion U.S. dollars economic-rescue package (equal to 9.2 percent of 2019 GDP). The legislation follows unprecedented actions by the U.S. Federal Reserve, which will engage in open-ended quantitative easing, and has introduced new mechanisms to backstop businesses and keep credit flowing.

Much of the U.S. response will come in the form of "helicopter money," an application of Modern Monetary Theory (MMT) in which the central bank finances fiscal stimulus by purchasing government debt issued to finance tax cuts or public spending increases. The U.S. economy is deteriorating at a spectacular rate, partly because of the direct health impact of the COVID-19 pandemic, but mostly as a result of social-distancing mandates that are preventing people from producing and consuming.

Given the circumstances, it is safe to assume that the Fed's incremental asset-purchase program will reach at least two trillion U.S. dollars if that is what it takes to spare the federal government from having to access asset markets directly to fund its new initiatives. In January, before the coronavirus had become a recognized threat, the Congressional Budget Office predicted that the U.S. government would have an annual recurring federal deficit above one trillion U.S. dollars for at least the next decade.

A few weeks ago, when the severity of the crisis started to become clear, some federal officials warned that U.S. unemployment could rise to 20 percent in the absence of a strong fiscal-policy response. But even with the new legislation, job losses could continue to mount in the second and third quarters of this year.

To be effective, the fiscal support must be targeted meticulously at households that have lost incomes and at companies (large and small) that have lost revenues as a result of the pandemic. It remains to be seen if the U.S. response will include such targeting, or whether such targeting is even feasible in a timely and orderly fashion.

Meanwhile, the United Kingdom is also pursuing a vigorous experiment in MMT/helicopter money. For starters, the Bank of England is preparing to buy up 200 billion francs (238 billion U.S. dollars) worth of UK government bonds and sterling non-financial investment-grade corporate bonds – a monetary stimulus equal to just under 10 percent of 2019 GDP. And on the fiscal side, Rishi Sunak, the new Chancellor of the Exchequer, is unleashing an avalanche of deficit-increasing stimulus measures. 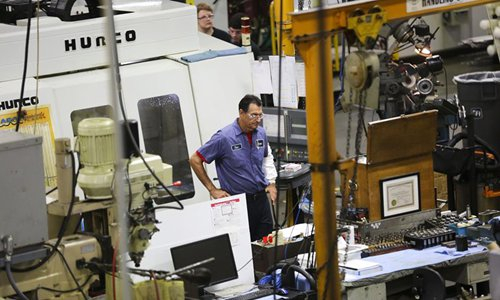 U.S. employers added 128,000 jobs in October 2019, and the unemployment rate was slightly up to reach 3.6 percent, the US Bureau of Labor Statistics reported. /Xinhua

U.S. employers added 128,000 jobs in October 2019, and the unemployment rate was slightly up to reach 3.6 percent, the US Bureau of Labor Statistics reported. /Xinhua

For the calendar year 2020, the British government is looking at a deficit of at least 7.5 percent of GDP, and perhaps as high as 10 percent. But even at the upper end, the deficit would still fall within the range covered by the BOE's monetized debt purchases. In other words, despite the extraordinary size of the fiscal stimulus, the government still will not have to go to the markets to borrow.

There is less fiscal space in the eurozone. But the European Central Bank has already committed to net asset purchases of 120 billion Euros (130 billion U.S. dollars), in addition to the 750 billion Euros it announced on March 18. Its new Pandemic Emergency Purchase Program will even buy Greek sovereign bonds, something that was ruled out under previous asset-purchase programs following Greece's debt default in 2015.

All told, the ECB's additional asset purchases (which typically are monetized) amount to just under 7.3 percent of the Eurozone's 2019 GDP, placing its response somewhere below that of the U.S. and the UK. Unfortunately, the bloc's fiscal policy has been utterly pathetic.

On March 16, member states' finance ministers announced that they would pursue stimulus worth a meager one percent of GDP over the course of 2020 – and this for an economy that was already struggling to achieve growth.

While Eurozone leaders indicated that they would do more if needed, that is scant comfort. The only positive development on this front is a commitment to institute liquidity facilities – public-guarantee schemes and deferred-tax payments – worth at least 10 percent of GDP.

Because the Eurozone lacks a serious central facility with independent budgetary powers, the European Stability Mechanism (ESM) is the obvious institution through which financially strong member states could provide politically transparent support for weaker members should the need arise. And yet, there does not appear to be any consensus within the Eurozone on whether the ESM could be used in this way.

The remaining option, then, is for member states to increase their national fiscal-stimulus programs to, say, 7.3 percent of GDP, while the ECB acts as the monetary helicopter. This, however, would engage the ECB in quasi-fiscal actions involving cross-country redistributions of fiscal risk, requiring either a change in existing treaties or a collective willingness to ignore the obvious legitimacy issues raised by such operations.

Unlike in the U.S. and the UK, where there is one central bank for one country, the ECB cannot so easily assume the role of fiscal agent for the government. Euro-system purchases of, say, Italian sovereign debt would shift sovereign risk to the national central banks of the financially stronger member states and, ultimately, to those countries' taxpayers.

But even if that is the case, it would be criminally negligent to allow a design flaw in existing treaties to inhibit the appropriate use of helicopter money at a time of existential crisis. Italy must implement a fiscal stimulus worth at least five percent of GDP – most likely more – and some combination of the ECB and the ESM must enable it to do so.