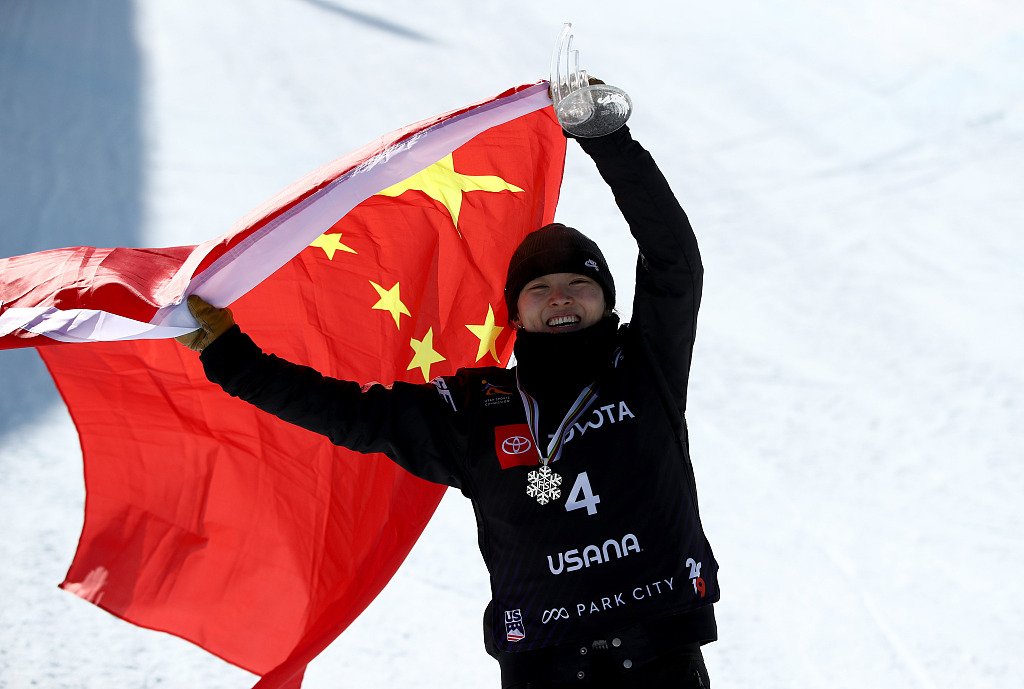 Cai Xuetong of China has been confirmed as the women's overall park and pipe winner for this season's FIS Snowboard World Cup. The honor follows the 26-year-old's record setting sixth overall victory in the halfpipe.

It was an ending both surreal and thrilling for the 2019/20 FIS Snowboard Halfpipe World Cup season on February 15 at the Snow Rodeo in Calgary, with Cai winning the night's contest to break a tie with her biggest rival Liu Jiayu, as the Chinese compatriots were deadlocked atop the halfpipe leaderboard with 3,000 points apiece after four events.

Cai wrapped up her Snowboard World Cup campaign with a women's halfpipe victory in Canada. That gave the Harbin native her second title in five stops, to go with two runner-up finishes.

The win at Calgary also sent her into the history books, with a sixth halfpipe Crystal Globe in 10 World Cup seasons.

The performance pushed her overall tally to 4,000 points as well, and that sealed the park and pipe award, as the best performer from a combined series that includes the halfpipe, big air, and slopestyle.

Cai said that she hopes to keep improving ahead of the 2022 Beijing Winter Olympic Games.