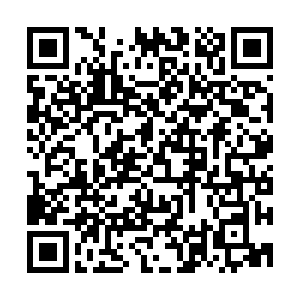 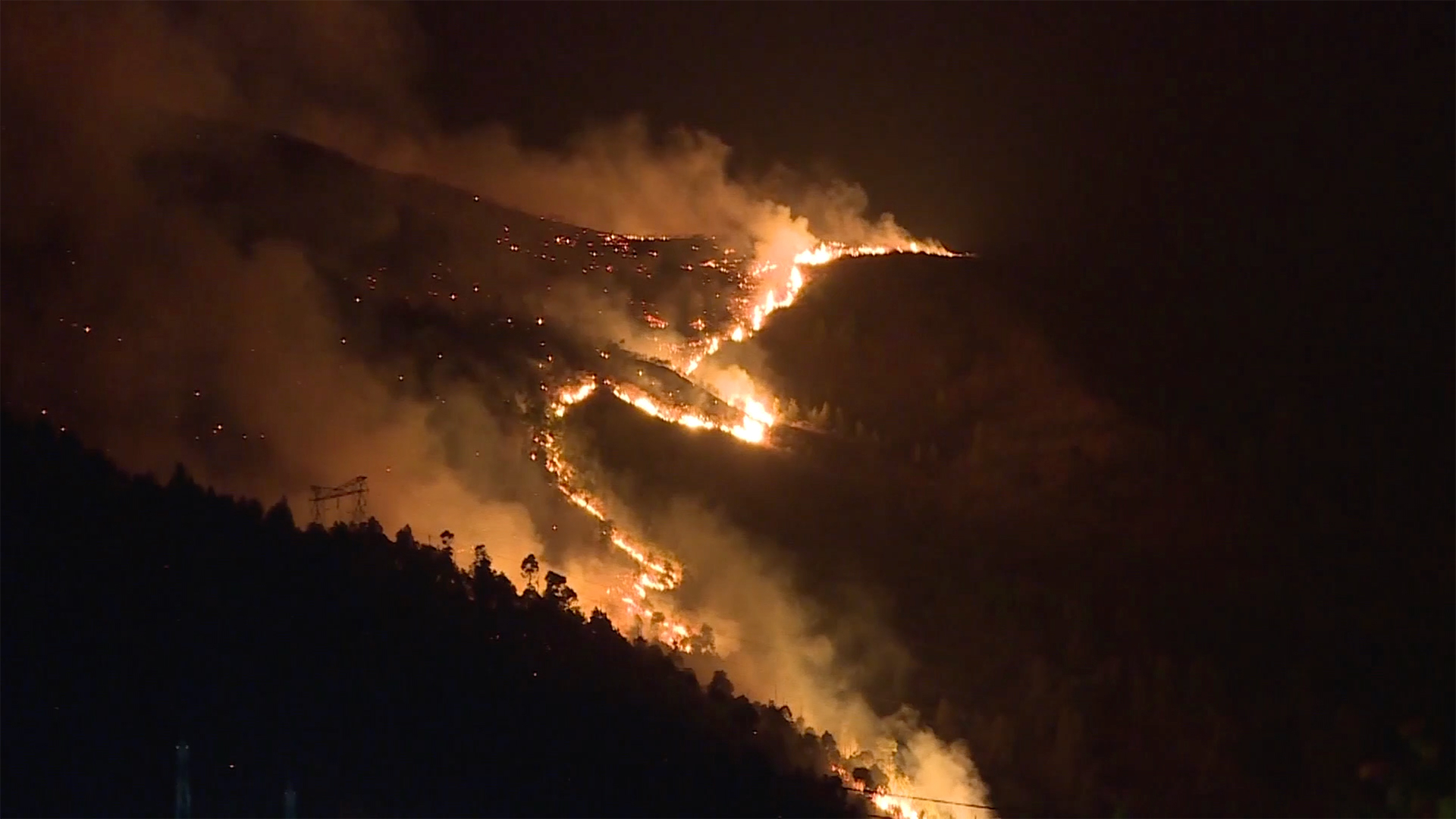 A total of 19 people lost their lives battling a forest fire in Xichang City, southwest China's Sichuan Province, and another three have sustained injuries and are in stable condition, the city government announced Tuesday morning.

According to an official statement, 22 people, including a local guide, went missing on their way to the mountain where the fire was raging.

The fire broke out around 3 p.m. on Monday near the Lushan scenic area of the city and quickly spread toward the downtown area.

"The city was enveloped in heavy smoke, and a lot of ash flew into my car when I was driving home," Luo Yi, a resident, told CGTN on Monday night.

"It's my first time seeing such a big fire," Luo said, adding that sporadic forest fires have happened in the city over the past few years.

The cause for the fire is still under investigation. More than 2,000 rescues personnel have been deployed to fight the blaze. Various equipment, including helicopters, have also been sent to assist in the operation.

So far, about 1,000 hectares of land have been affected, of which 80 hectares were damaged, said the Xichang government in a statement. More than 1,200 residents have been evacuated.

In a 5 p.m. press briefing in Xichang on Tuesday, local authorities said the raging fire put several important facilities in the city in peril.

"This includes a liquefied petroleum storage and distribution station with a storage capacity of about 250 tonnes, two gas stations, four schools, and the largest department store in Xichang," authorities said in a statement.

"The spread of fire will inevitably cause incalculable secondary disasters, so it is urgent to put out the fire immediately."

The danger has been temporarily eased following Monday night's efforts.

Authorities: Fire will cause secondary disasters if not contained 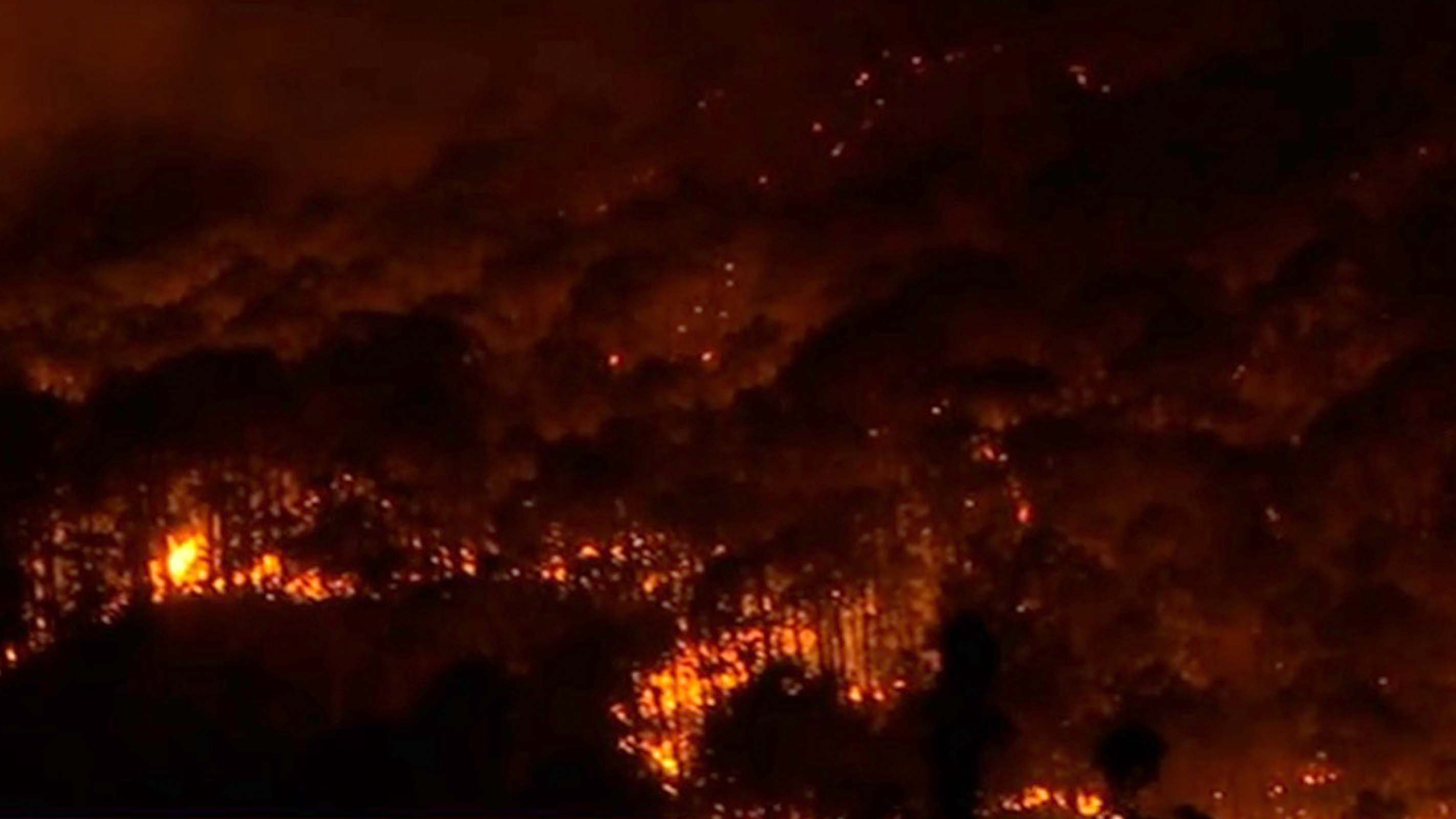 Meanwhile, a total of 18,152 people has been evacuated. In particular, 15,000 people within three square kilometers of the high-risk LPG area were transferred within three hours.

Temporary resettlement sites have been set up for the masses.

Authorities warn that due to the continued increase of temperature and wind in the afternoon, there is a risk of fire re-ignition.

Xichang entered the dry wind season in March, with high temperature weather having lasted for four consecutive days since late March and the highest temperature seen at 31.2 degrees Celsius.

"There has been no rain for a consecutive 20 days, with humidity rate only at 5 to 10 percent," the Xichang government said.

It added that the fire spreads rapidly due to the changes in wind direction.

The city government said it has dispatched medical and psychological staff to assist bereaved family members. 19 people - 18 firemen and one farm staffer - have lost their lives battling this forest fire. Their bodies were been escorted to the Xichang funeral home at 2:30 p.m. on Tuesday.

Meanwhile, three people who have sustained injuries are in a stable condition.

Authorities said they will make all-out efforts to put out the fire and intensify investigation of the cause of the fire, which remains unclear as of now.

Xichang is home to one of China's four satellite launch centers. The country's Beidou navigation satellites have all been launched from there.

Another big fire broke out in Muli County, some 200 kilometers from Xichang. Efforts to put out the fire there are still underway.

In March 2019, a fire in Muli killed 31 people, including 27 professional firefighters.