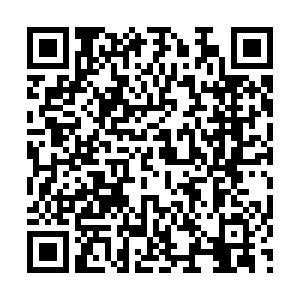 A total of 48 new COVID-19 cases, all originating abroad, and one death were confirmed on the Chinese mainland as of Monday midnight, according to China's National Health Commission (NHC).

As many as 44 suspected cases, all originating abroad, were also detected on Monday, the NHC added.

The total number of confirmed cases on the Chinese mainland stands at 81,518, with the cumulative death toll of 3,305. The number of imported cases has reached 771.

In the past 24 hours, Chinese health authorities said 282 patients were discharged from hospitals, bringing the total number of recovered cases to 76,052.

The latest numbers of total confirmed cases in the Hong Kong and Macao special administrative regions and Taiwan are as follows: 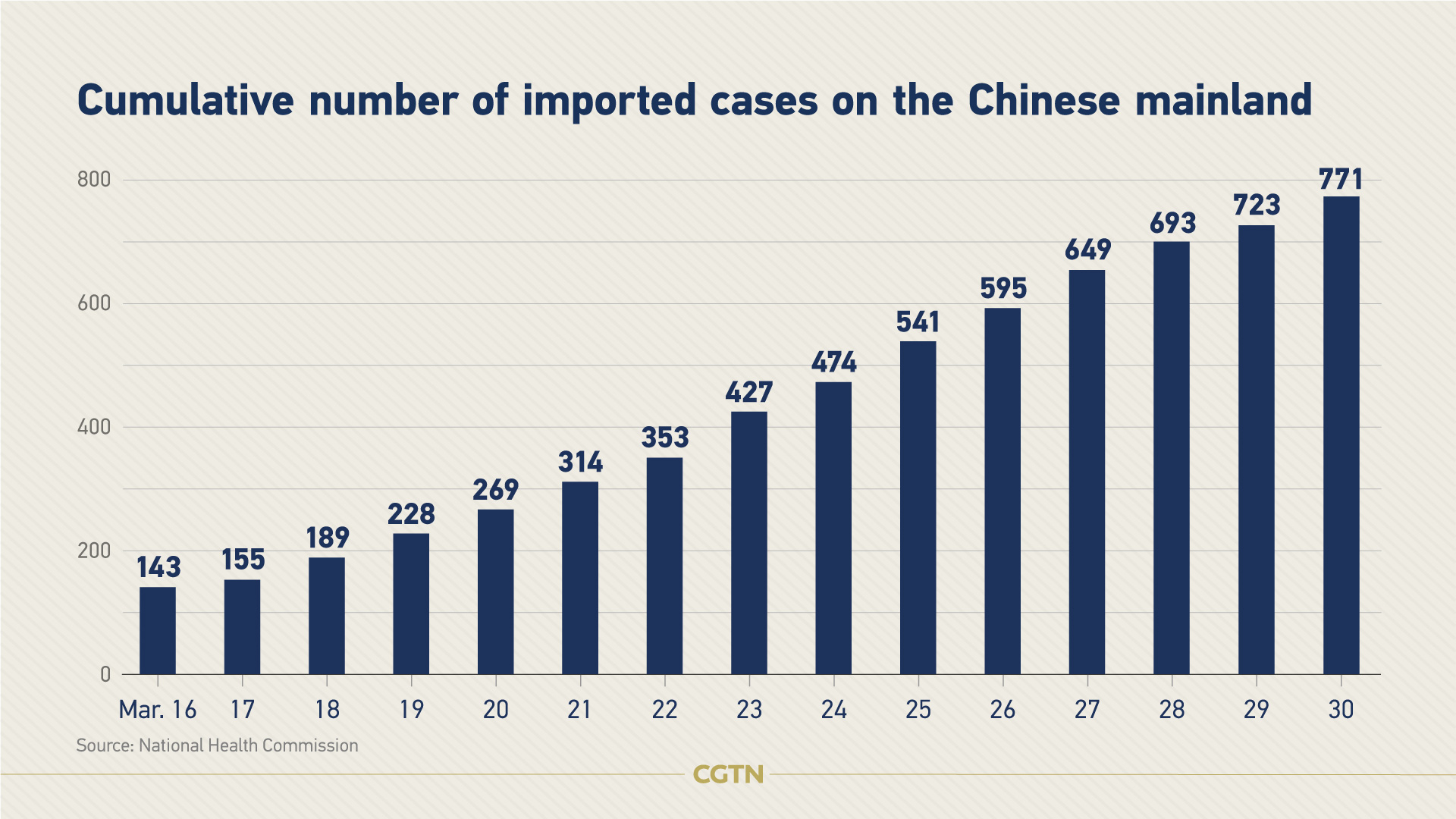 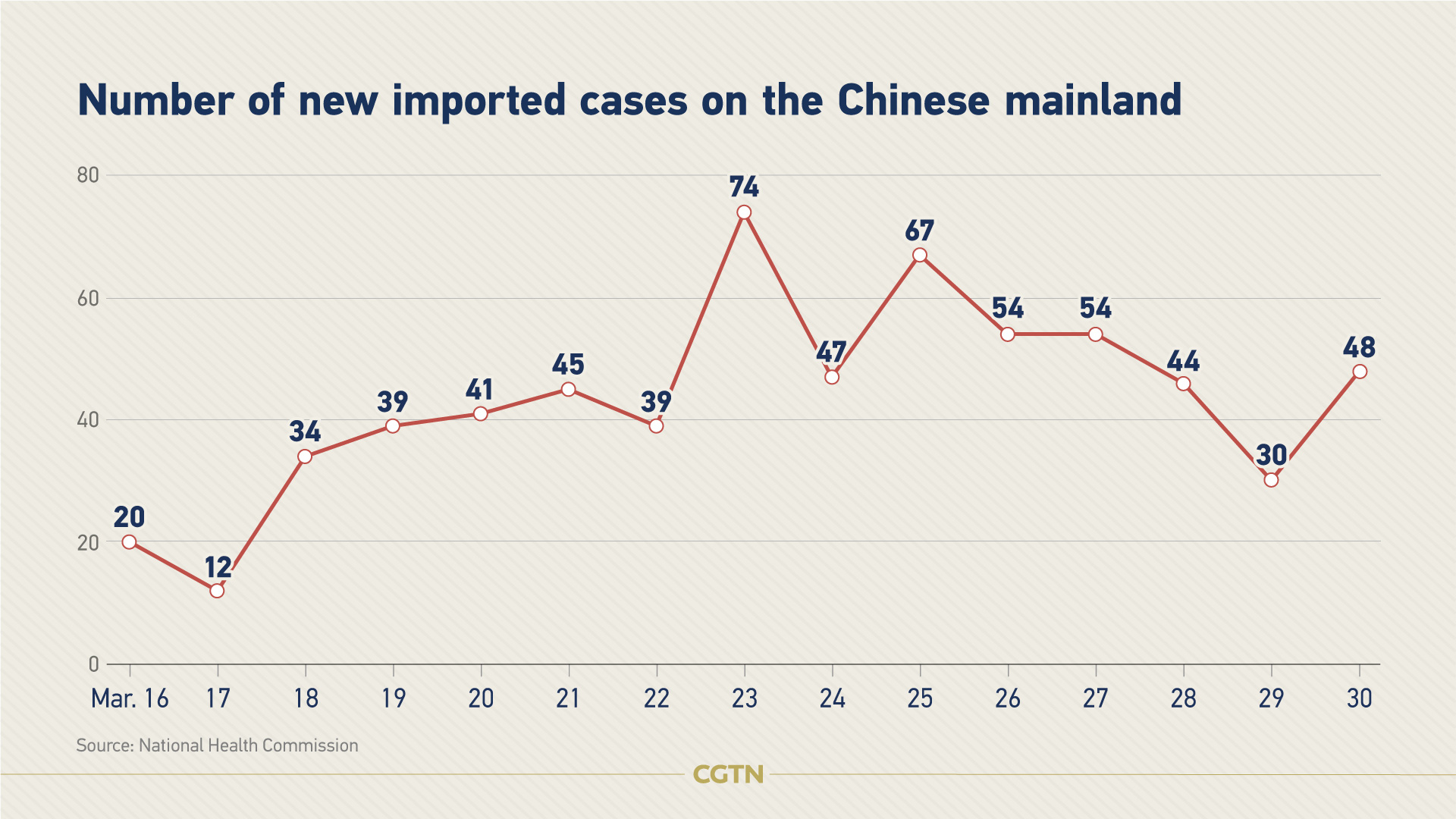 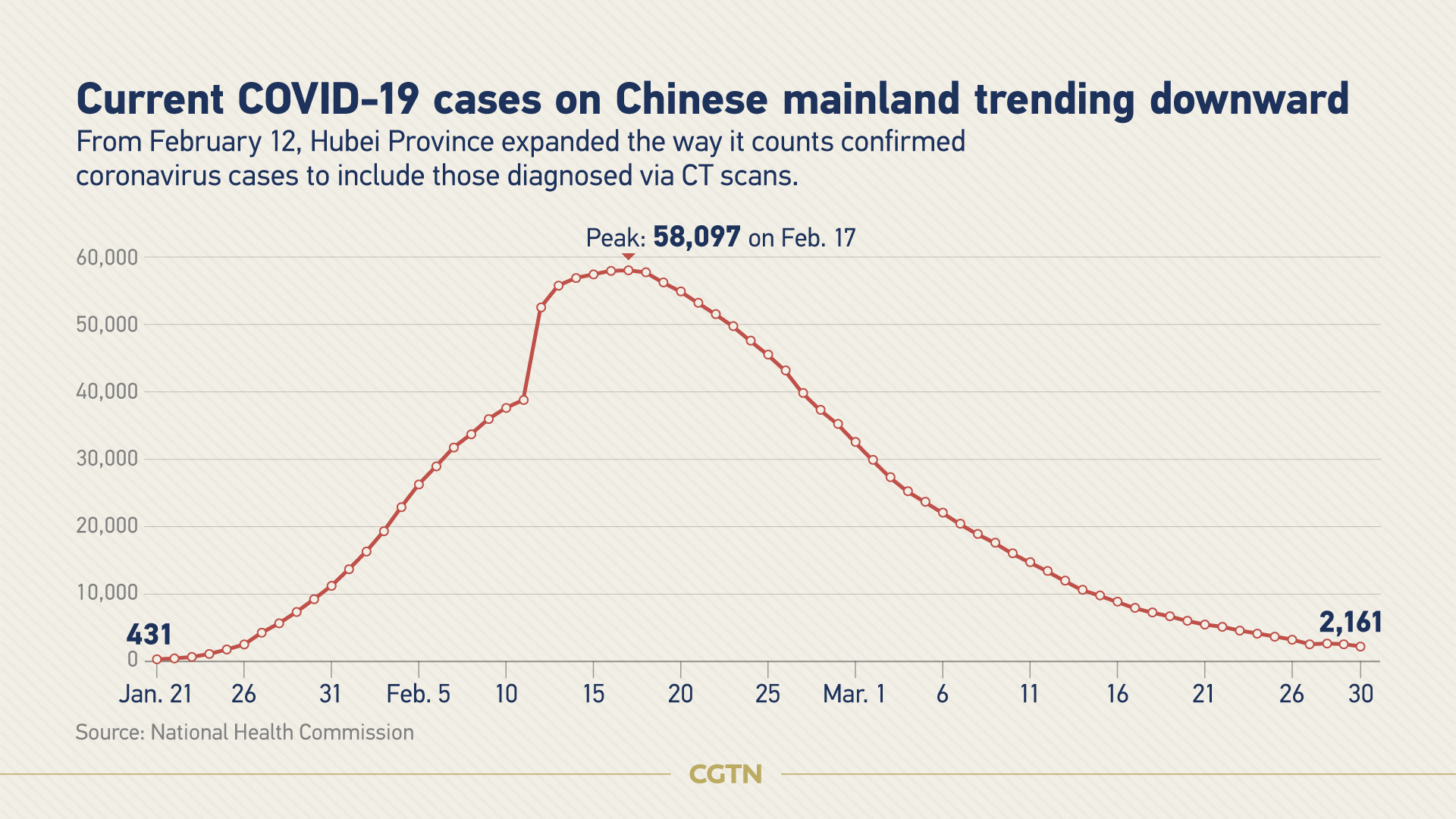