Graphics: Where do China's imported COVID-19 cases come from?
By Hu Yiwei 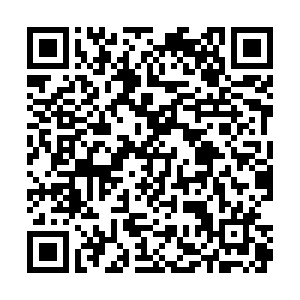 While local transmission of the novel coronavirus disease (COVID-19) in China is basically contained, authorities are concerned about cases involving overseas travelers who might have caught the virus.

Only a few dozen new infections are reported each day in China, and most of these come from abroad.

As of Monday, the Chinese mainland has reported a total of over 700 imported cases of COVID-19, according to the National Health Commission (NHC). The rise of such cases has started to pick up pace since late February. 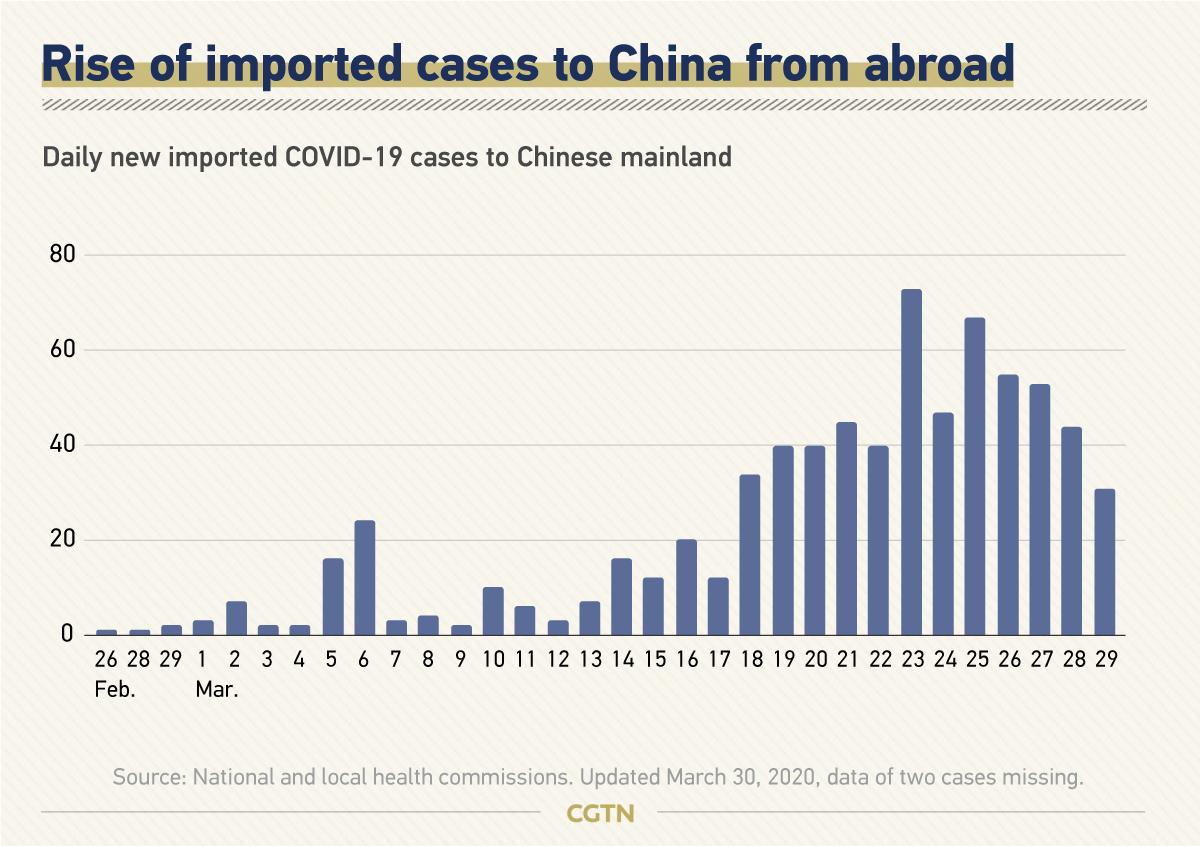 About 90 percent of imported cases involved Chinese returning home from abroad, of which 40 percent were overseas students, according to the official tally.

The Chinese capital Beijing bore the brunt of the risks, registering nearly a quarter of imported cases. Shanghai and Guangdong came next, both with over 100 such cases. 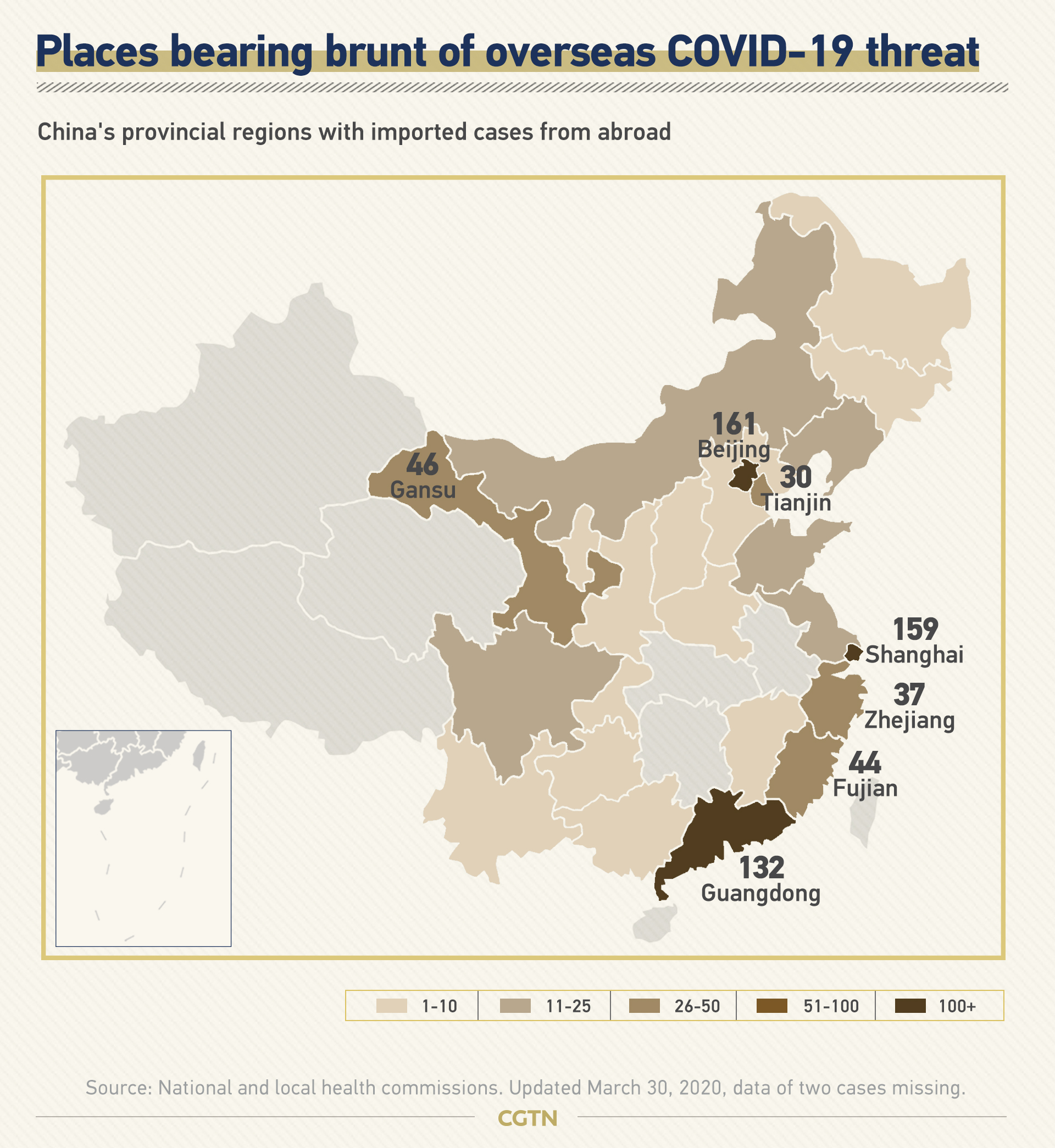 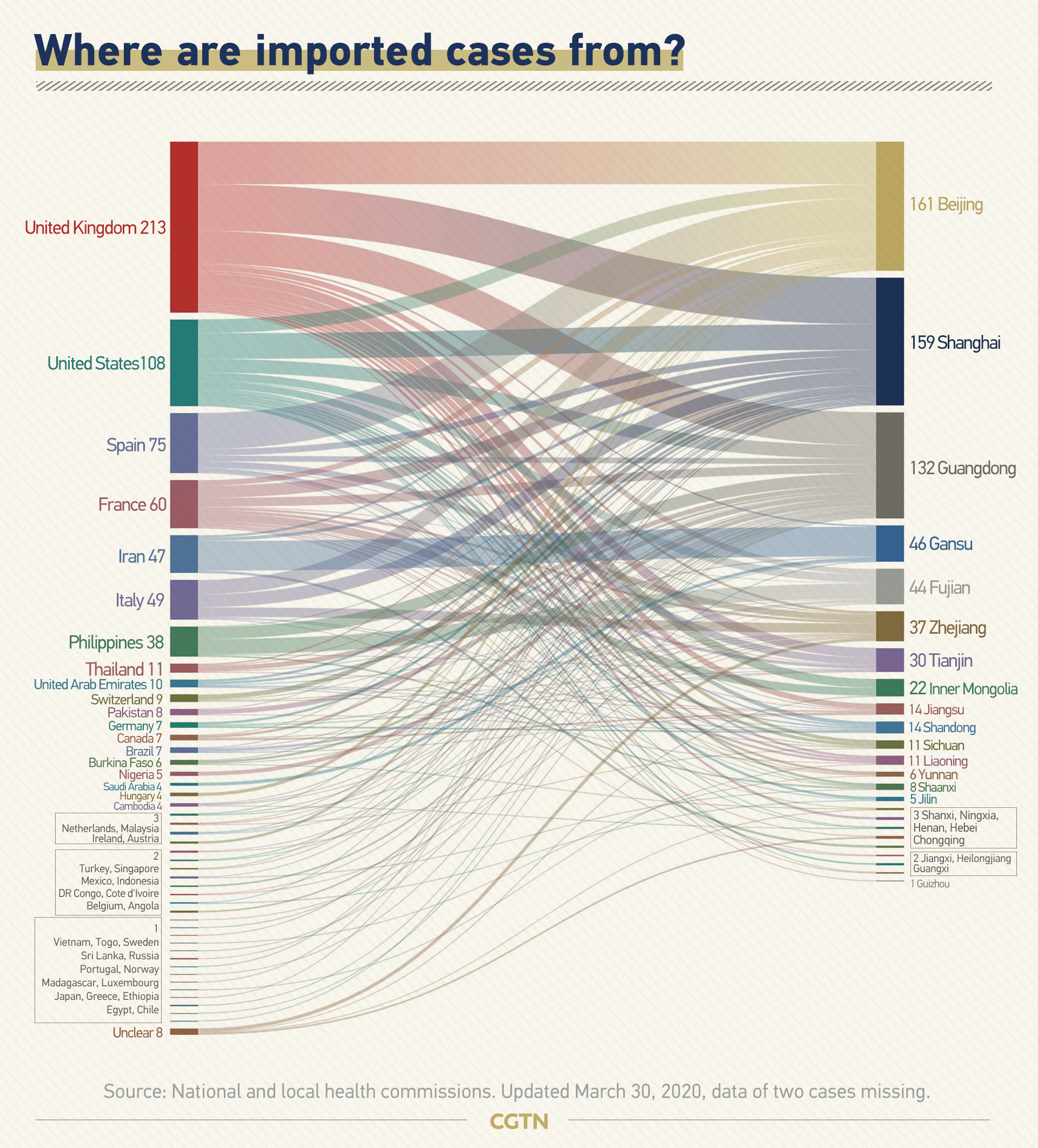 Authorities have implemented a series of measures to prevent an influx of infections, including by stepping up health screening and quarantine protocols, reducing the number of international flights and temporarily suspending entry to most foreigners.

In Beijing, a whole wing of Terminal 3 at Beijing Capital International Airport was cordoned off to receive international arrivals.

Starting last week, international flights to Beijing were redirected to 12 airports in surrounding cities to further lessen its disease control burden. Only passengers who have passed health checks can continue their travel to the capital.

A total of 100 international flights originally bound for Beijing had been diverted as of Sunday, according to a source with the Civil Aviation Administration of China (CAAC). 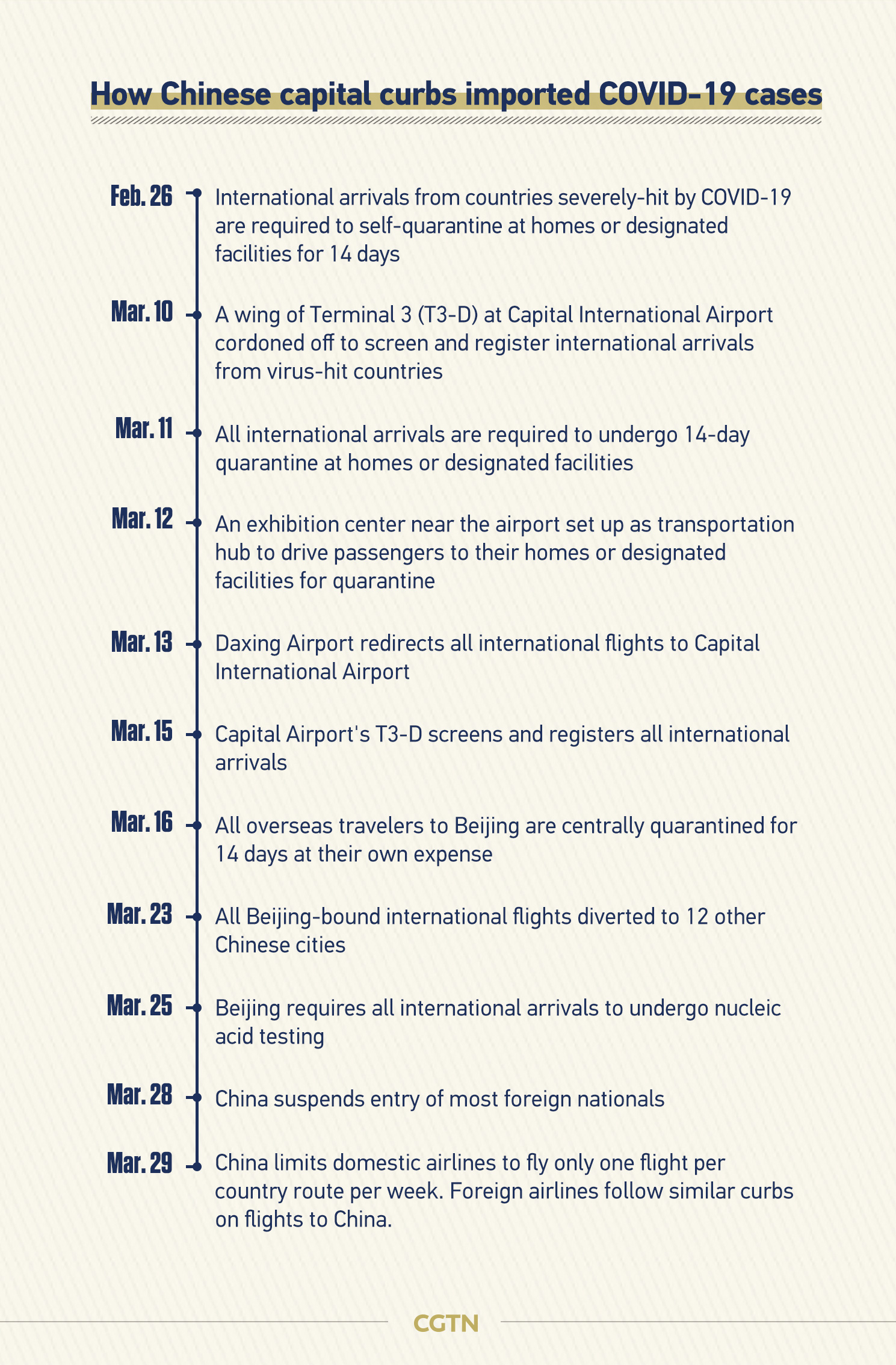 Elsewhere in the country, most of China's provincial regions have enforced a two-week quarantine at designated facilities on all international travelers upon arrival. And a temporary ban on most foreigners entering the country went into effect on Saturday.

Airlines have been ordered to sharply cut international flights. The daily number of incoming air travelers to China will drop to around 4,000 this week, said an official with the country's top aviation authority on Monday.

As the global cases surge, "China must shore up its preventive measures against the imported cases of novel coronavirus disease," stressed an NHC spokesman on Monday.