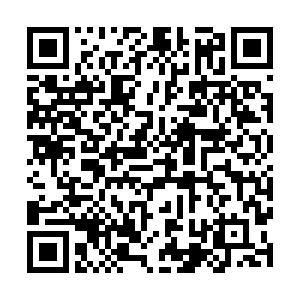 Some Chinese have likened the fight against COVID-19 to a soccer match, saying, "The Chinese fought the first half of the 'game,' other countries are fighting the second half, and overseas Chinese are fighting full time."

Overseas Chinese have been volunteering to raise funds and collect materials for both China and their second homes from the outset of the pandemic. 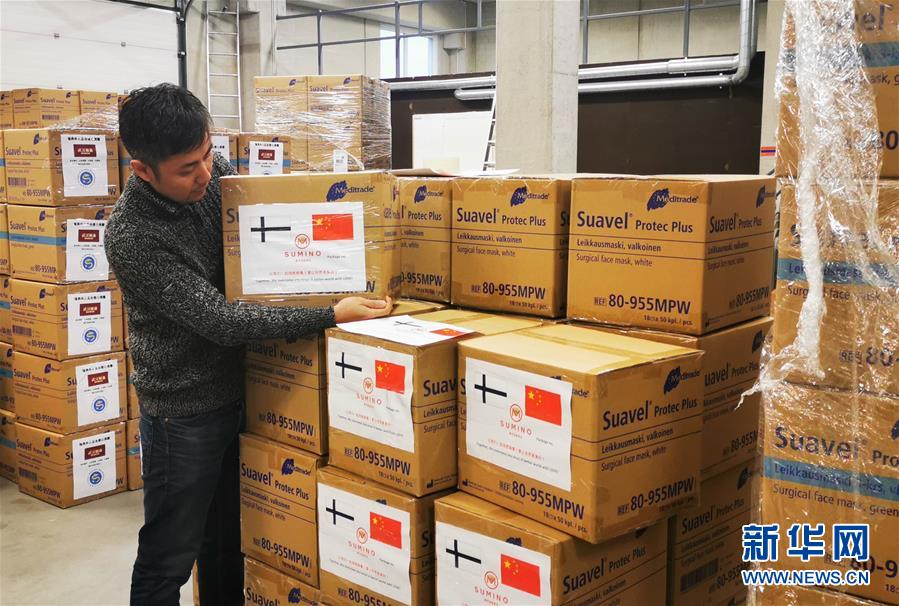 A Chinese man in Finland sorts out medical materials that were donated to China, January 31, 2020. /Xinhua

A Chinese man in Finland sorts out medical materials that were donated to China, January 31, 2020. /Xinhua

Over the past three months, Chinese living abroad donated masks, hazmat suits and ventilators when the country was in supply shortage. They used instant messaging apps to call on more Chinese to join the donations. Due to the civil aviation shutdown to contain the coronavirus, some even chartered airplanes to transfer medical materials back to Wuhan.

“We donate from overseas and collect materials. This is very ordinary. We are closely united and hope we can get through it,” Wang Yifei, the head of the UK Shanxi Business Association, said. 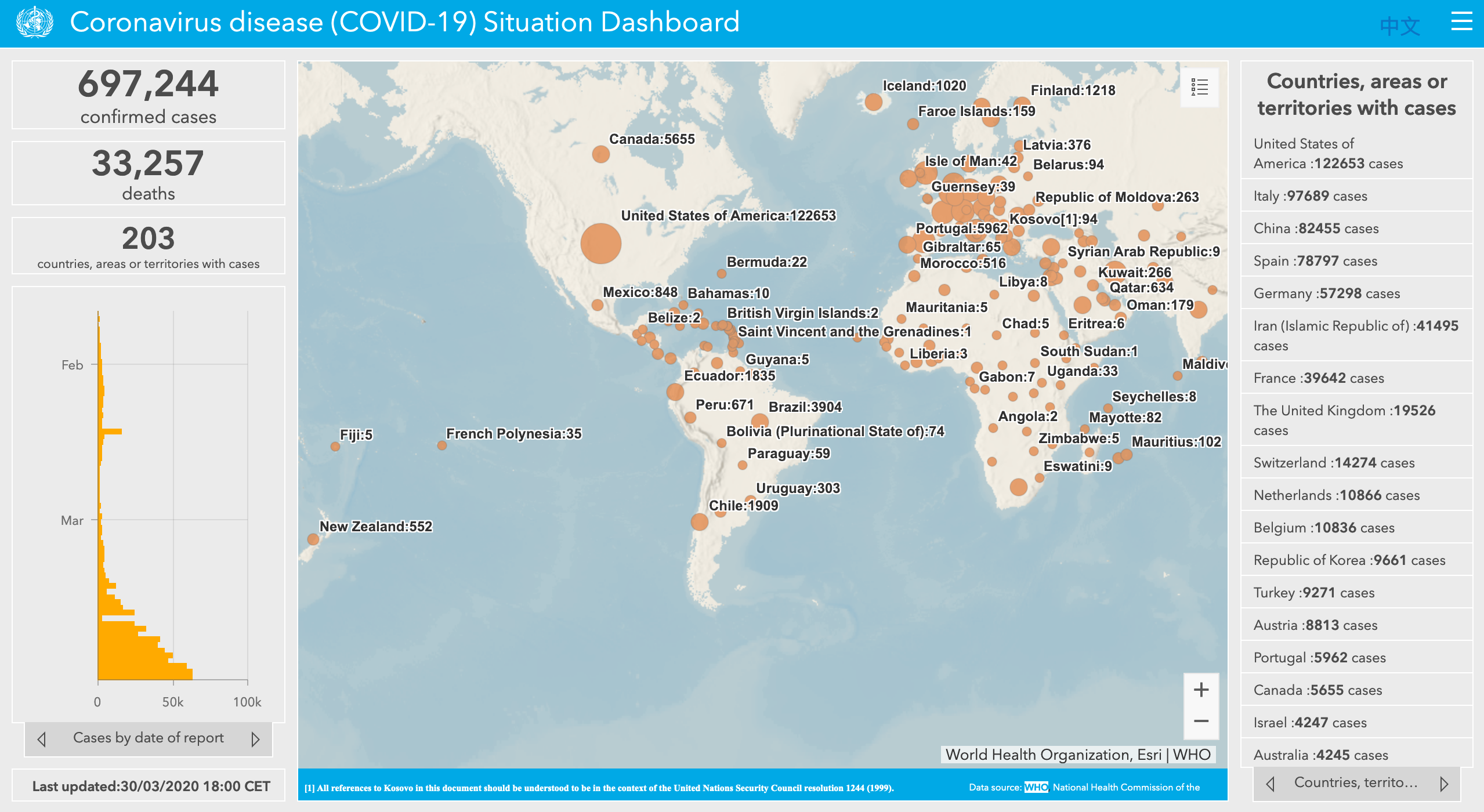 Thanks to the united efforts, China has pulled through the most difficult times. However, the virus has started breaking out in other parts of the world, with nearly 700,000 cases confirmed as of 6:00 p.m. CET, according to the World Health Organization.

Overseas Chinese have been purchasing masks, disinfectants and other medical materials and donated them to local residents and charities. In Paris, the Chinese business community donated 100,000 masks to the Parliament of Paris while Chinese in Belgium also donated medical materials to a local hospital.

The Cambridge Chinese community is one of the largest Chinese communities in the UK. People responded to the UK’s NHS volunteering program amid the outbreak of the disease. A Chinese student in the UK also draws charts to give locals a clear visual of the spread of COVID-19. 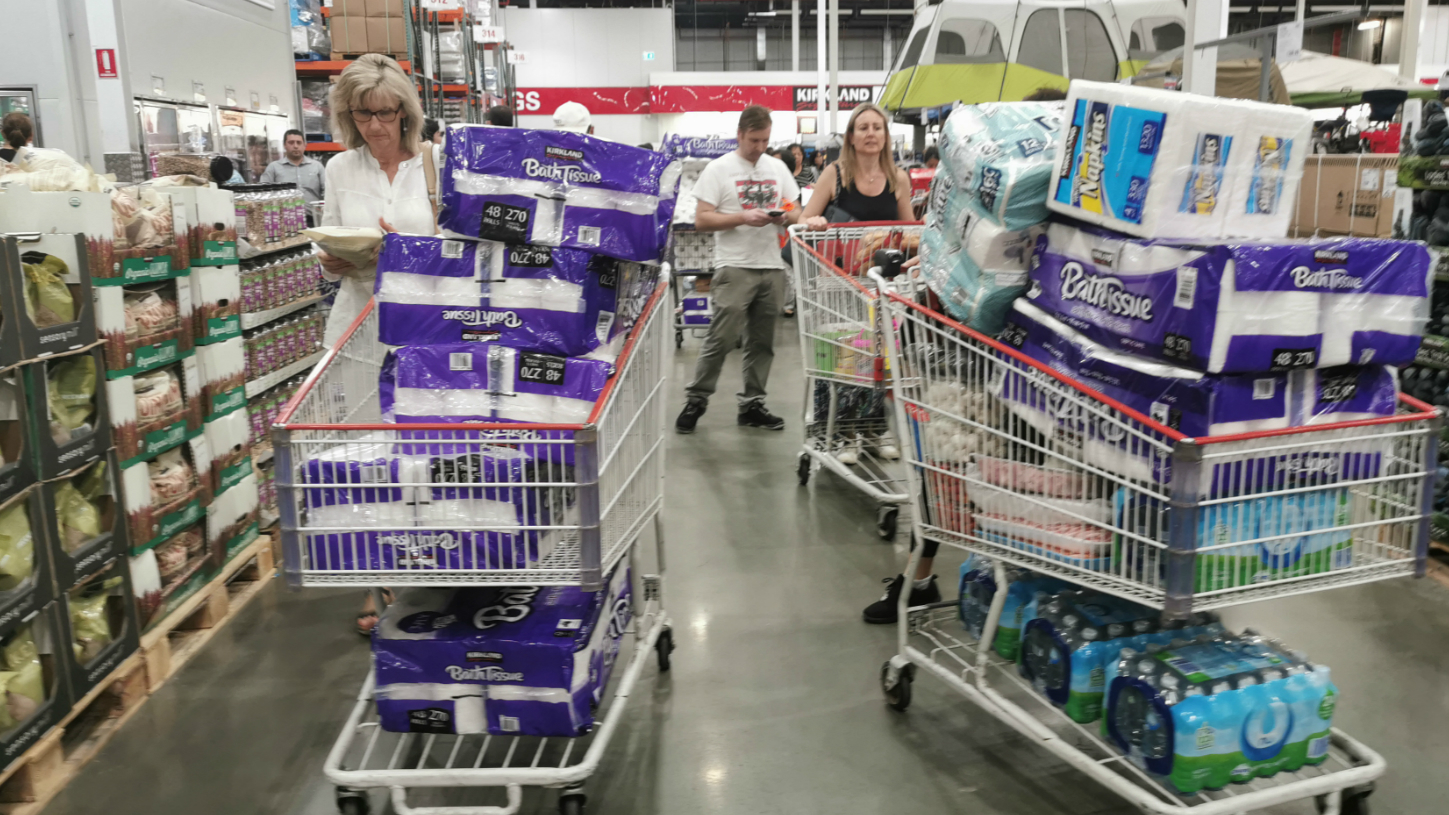 Customers snap up toilet paper in a supermarket in Italy in March. /Xinhua

Customers snap up toilet paper in a supermarket in Italy in March. /Xinhua

At the beginning of March, hashtags including #toiletpapercrisis and #toiletpapergate were trending on social media, reflecting people's concern about a possible supply shortage. In Australia, shelves of toilet rolls were cleared just in minutes. Wei Zhaoqi, a Chinese entrepreneur, donated 1 million rolls of toilet paper to local charities and he said he will have another donation in April.

Chinese around the globe have also volunteered to provide the latest information on preventing the coronavirus in an attempt to eliminate people's fear. In hard-hit Italy, local Chinese medics offered psychological counseling to patients, and in Germany, Chinese instantly translated China’s COVID-19 clinical protocols into German.

The Chinese community in San Francisco also joined local prevention efforts against COVID-19. People from political and medical circles and the service industry give quick responses to clear up locals’ confusion about the disease. Chinese medics in Canada even set up a hotline to answer people’s questions both in English and in Chinese, according to People’s Daily. 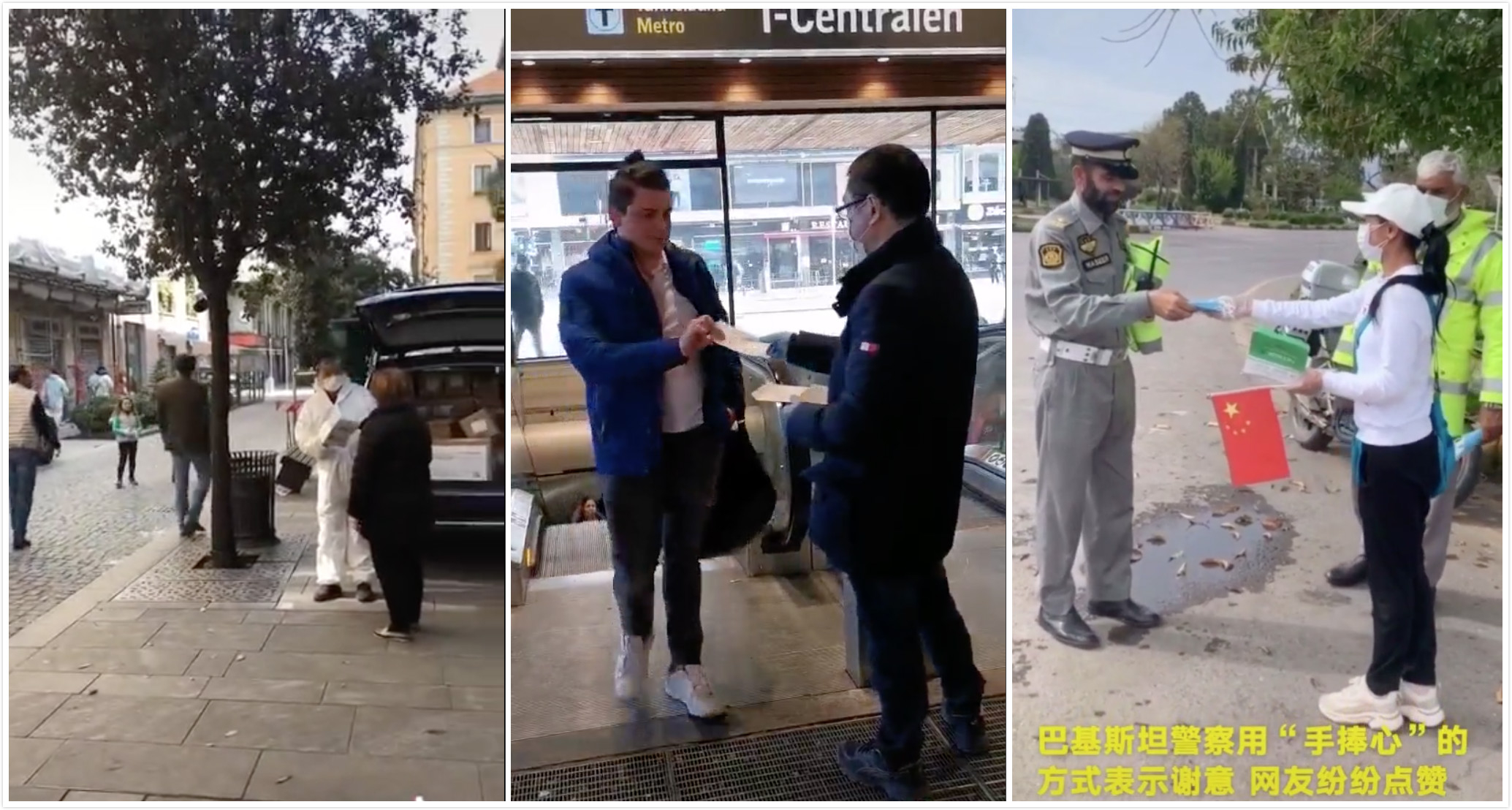 On Douyin, the Chinese version of TikTok, overseas Chinese communities are seen handing out masks to passersby and door to door. They also hope that more local Chinese will join.

A joint initiative by 20 Chinese communities in Utah, U.S., says, "Not only are we armed with science when fighting the disease, but we also take mankind’s most powerful weapons, sympathy, empathy and humanitarianism.”