The Front Line: Why has U.S. become the new COVID-19 epicenter?
World Insight with Tian Wei 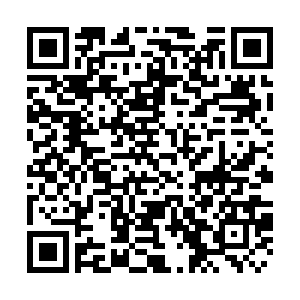 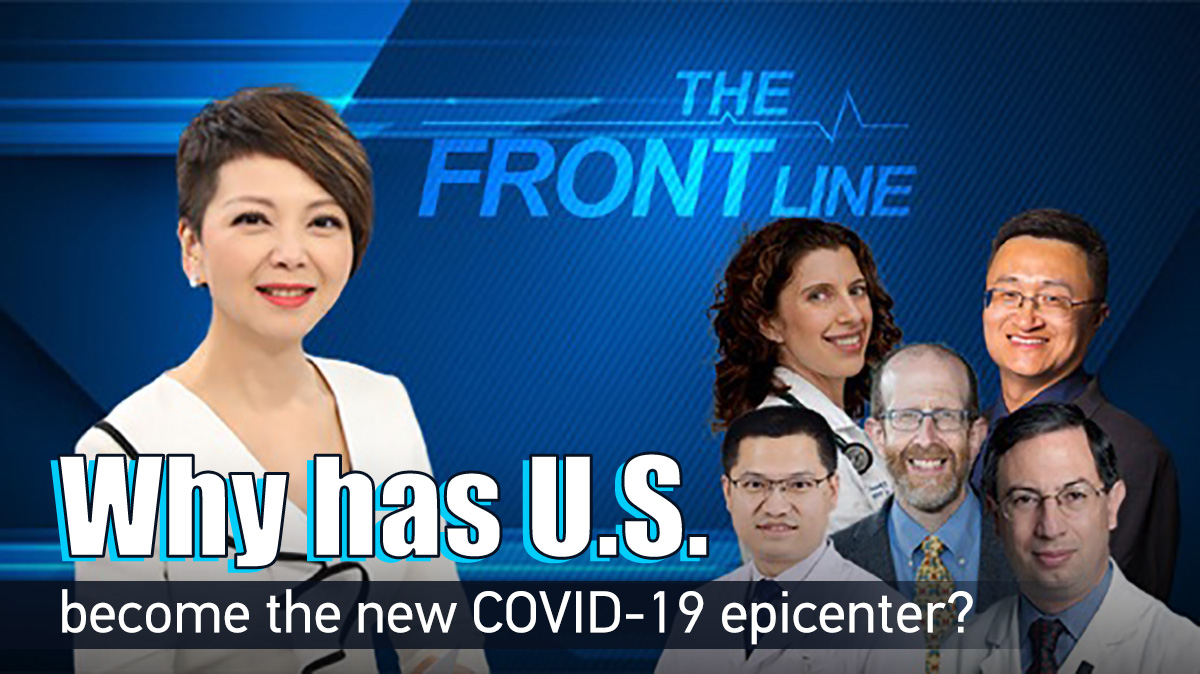 Editor's Note: The Front Line is a special series of "World Insight with Tian Wei" on CGTN. Coming into being when the world is dealing with a global public health crisis, it provides a global meeting point for information and experiences. It aims to encourage real cooperation and coordination at a time when all players focus much of their energy fighting the fire at their own turf. In this sixth installment, host Tian Wei talked to five medical experts from the U.S. and China.

On the first day of April, an unfortunate new milestone was reached in the global COVID-19 pandemic: the death toll in the United States surged past 4,000, making the number higher than that of China. Following Italy and Spain, the U.S. has become the latest epicenter of the pandemic.

"We don't really have a U.S. epidemic" … " What the United States is experiencing is multiple of Wuhans," was Dr. Carlos Del Rio's assessment of the current situation of America.

As the Executive Associate Dean for Emory at Grady, the largest public hospital system in the American Southeast, Dr. Del Rio pointed to Seattle, New York, Louisiana, Atlanta and Miami as having their separate epidemics with different characteristics. Therefore, Dr. Del Rio stressed, the response has to be localized in addressing different needs.

In New York City, where more than 1,700 New Yorkers had lost lives to the coronavirus making it the hardest hit region in the country, all resources are being mobilized. The city that never sleeps is bracing for the peak that is modeled to come in one to three weeks. The U.S. navy's USNS Comfort docked in Manhattan on Monday, and emergency tents with ventilators had been set up in the usually peaceful Central Park.

On Tuesday, U.S. President Donald Trump and his top healthcare advisers warned Americans that the coming two weeks are going to be "tough", as a model foresees an enormous jump in deaths to 100,000 to 200,000 people from the virus in the country.

Professor Howard P. Forman directs the Health Care management at the Yale School of Public Health and teaches healthcare economics. In his opinion, the United States "lost precious time in the last couple of months," and "tens of thousands people will lost their lives prematurely." 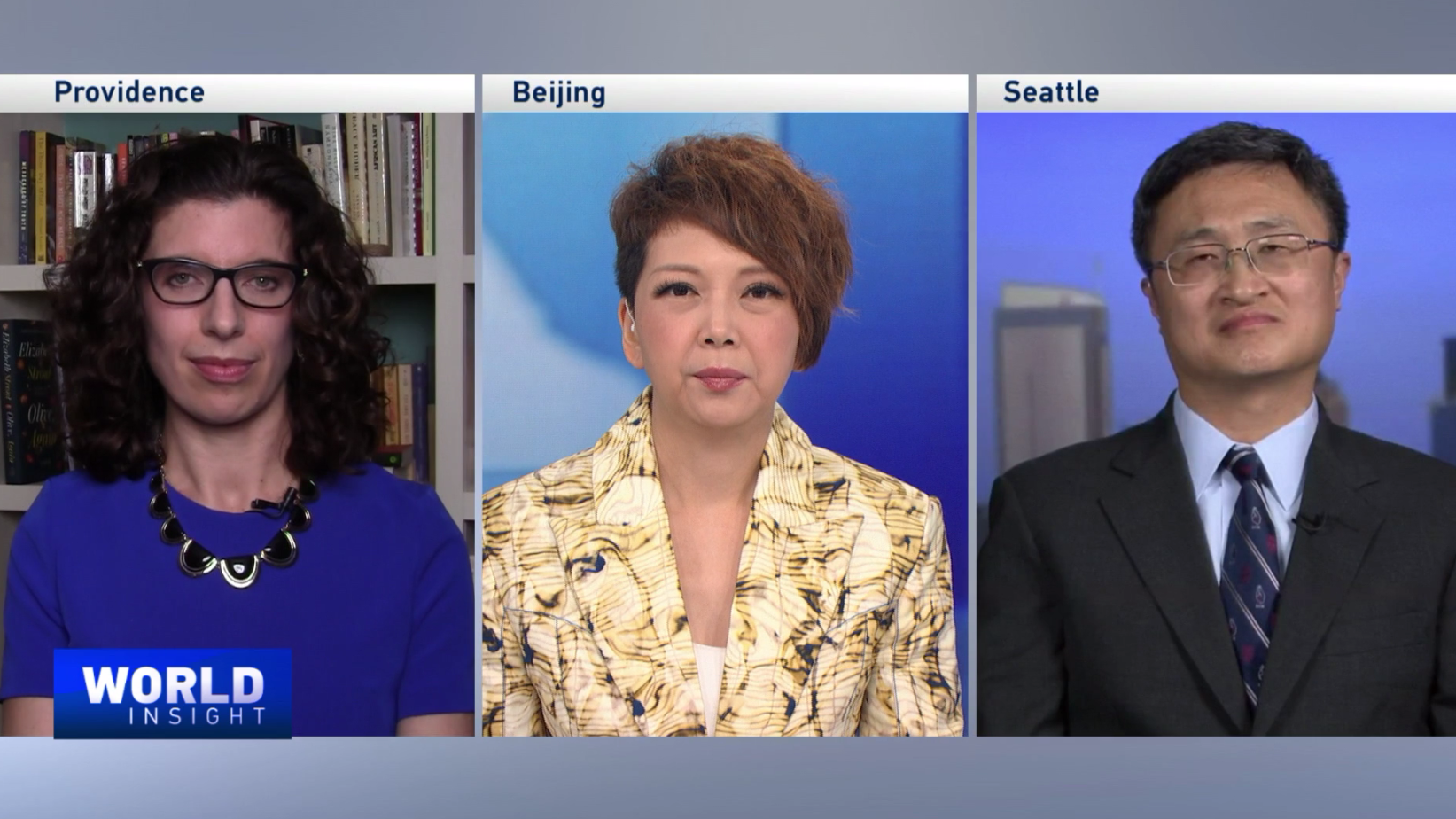 Dr. Megan Ranney, a practicing emergency physician and researcher at Brown University, said that she is predicting the need of a million ventilators across the United States, while the current stock is around 160,000.

"So we're going to have to either really slow the spread of the disease, or get a lot of new ventilators up and running pretty quickly."

New York Governor Andrew Cuomo spoke on Tuesday about the dire situation in acquiring ventilators, calling it "almost impossible", with states competing against each other while federal distribution has yet to start rolling.

While a solution is in the working, Dr. Ranney agreed with Governor Cuomo's proposal to mobilize resources within the New York state, by potentially moving patients out of New York City to places that still have capacities.

Dr. David Zhang, a cardiologist working in the Washington state, said he would summarize Governor Cuomo's strategy as "centralized", and "decentralized."

"Either one (hospital) could not handle this crisis alone," so a centralized coordination system is needed to share resources and help each other, said Dr. Zhang. However, when a location of outbreak could be identified, then that place could be locked down to avoid the spreading of the virus, which was the case of the nursing home in the state of Washington, thus the "decentralized" approach.

Chiming in from China's Wuhan, Dr. Fan Junping from the renowned Peking Union Medical College Hospital shared their experience dealing with ventilator shortages in the beginning of the outbreak. Dr. Fan said that the government increased production, medical teams dispatched to Hubei from other provinces brought their stock with them, and donations came in from around the world, since at the time Wuhan was the only place experiencing the epidemic.

In a matter of months, the novel coronavirus has infected more than 800,000 people around the world and killed more than 40,000.

To watch the full replay of this The Front Line livestreaming program, go to https://news.cgtn.com/news/2020-03-30/Live-Chinese-and-American-experts-on-U-S-as-new-COVID-19-epicenter-PhAGk2Y0UM/index.html