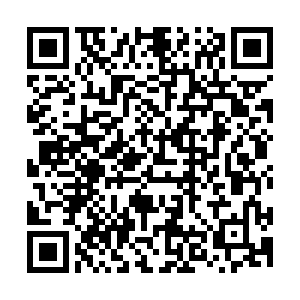 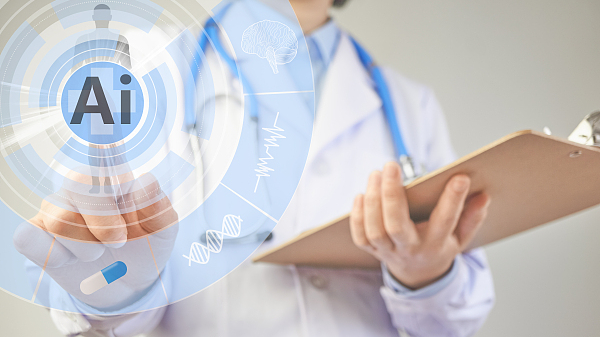 Scientists in China and the U.S. have developed an experimental Artificial Intelligence (AI) tool to help doctors predict which newly infected COVID-19 patients could go on to develop severe lung disease.

“Based on the machine-learning algorithm, the tool is designed to prevent as many mild cases as possible from progressing into severely and critically ill patients, so that to save lives and ease the overwhelmed healthcare systems worldwide,” Jiang Xiangao, first author of the study and vice president of Wenzhou Central Hospital told CGTN in an exclusive interview.

The study, conducted by researchers at Grossman School of Medicine and the Courant Institute of Mathematical Sciences of New York University, as well as physicians at China’s Wenzhou Central Hospital and Cangnan People's Hospital, was published online March 30 in the journal Computers, Materials & Continua.

As the number of cases infected with COVID-19 continues to rise, global healthcare systems are under great pressure. Hospitals are overwhelmed with patients and medical equipment are in severe shortage. Doctors, most times, have to prioritize who should have a bed in hospital, who to provide ventilators to and who should be sent to the intensive care unit first.

To help with this process of prioritizing, Jiang and his team first analyzed some characteristic symptoms of the disease, like fever, immune responses and lung pattern. But results suggested these are not useful in predicting which of the many patients with initial, mild symptoms would go on to develop severe lung diseases.

Researchers then trained computer models based on the data collected from 53 patients in Wenzhou Central Hospital and Cangnan People's Hospital. The accuracy in predicting the risk of patients developing acute respiratory disease syndrome at last was reported to reach 70-80 percent.

With the AI tool, Jiang told us physicians could be more accurate in assessing which moderately ill patients really need beds, and who can safely go home.

But he also noted the limitations of the study, which include the relatively small dataset and limited clinical severity of disease in the population studied.

According to official statistics, over 80 percent of people infected with novel coronavirus appear to be mild at the onset, with symptoms like cough, fever, and occasional dyspnea. Only a minority of patients developed severe symptoms including shortness of breath at the initial stage.

If all infected cases swarm into hospitals, it will overwhelm the whole medical system. So identifying those with the greatest risk of morbidity and mortality and those who are more likely develop severe illness is a necessity, especially when critical care resources and hospital beds are limited.

"While work remains to further validate our model, it holds promise as another tool to predict the patients most vulnerable to the virus, but only in support of physicians' hard-won clinical experience in treating viral infections," says corresponding study author Megan Coffee, MD, PhD, clinical assistant professor in the Division of Infectious Disease and Immunology at NYU.

When asked how long the AI tools can be deployed in hospitals, Jiang said the computer model is ready-made, the only thing they need to do is to refine the models with more data.

“It’s not a problem for us now; it can be applied in the near future,” he said.