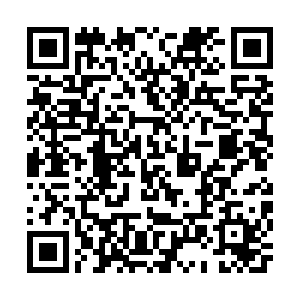 Gregorio "Goyo" Benito, former center back of La Liga's Real Madrid, passed away on Thursday at the age of 73.

Before his death, Benito had been battling Alzheimer's disease for years. As COVID-19 spread in Spain, he was infected with the new coronavirus.

"Real Madrid C. F., its president and board of directors express their deep regret at the passing of Goyo Benito, one of the great legends of our club's history," read the statement.

"Real Madrid C. F. wishes to share its condolences and sends its affection to his wife, Paula, and children, Patricia and Rubén, all of his family and loved ones. These condolences are also offered on behalf of madridistas from all over the world."

Though he was practicing as a track-and-field athlete in early teens, Benito joined Real Madrid's youth team in 1963 and was promoted to the senior team when he was 20. After two years on loan, he became an integral member of Real Madrid and played for the club for 13 seasons.

Having played 420 games for Real Madrid, Benito helped the club win six La Liga titles and five Copa del Rey championships. He was one of the only two players – the other was Pirri – to receive La Laureada president Santiago Bernabéu.

"We continue to receive sad news nationally and globally. Today also leaves us an incredible person and a madridista of heart and race. DE P Goyo Benito. My condolences to his family and friends," posted Iker Casillas, Real Madrid icon goalkeeper.

"Rest in peace Goyo Benito. You were a bench mark for Real Madrid. Strong hug to your family and friends," tweeted the club's captain Sergio Ramos.