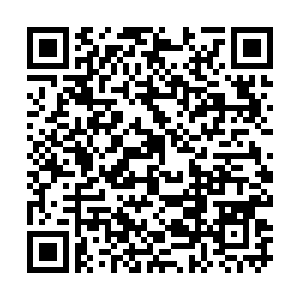 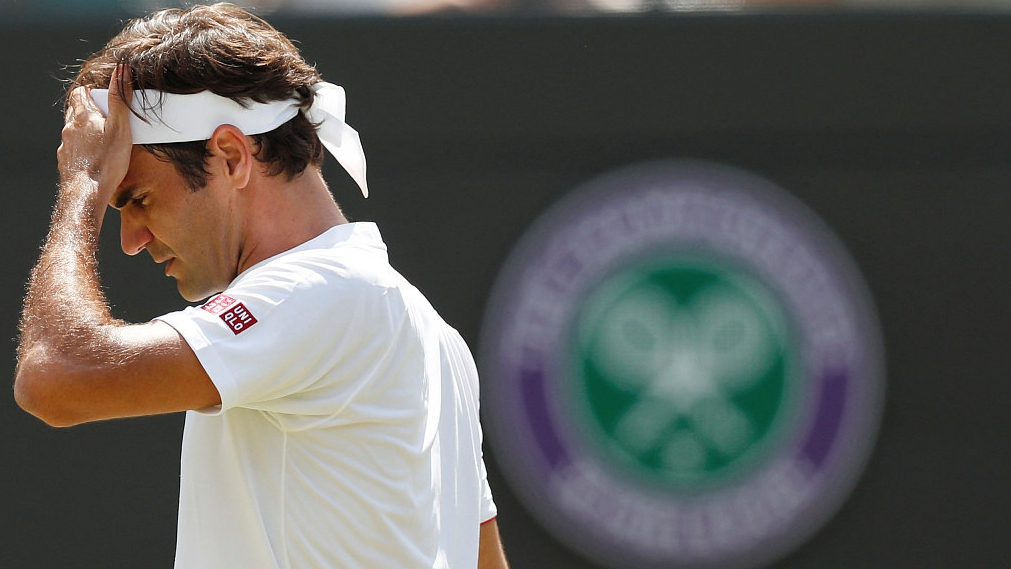 All England Lawn Tennis Club (AELTC) announced on Wednesday that the Wimbledon championships, which was due to be played between June 29 and July 12, has been canceled for the first time since World War II.

Federer will be nearly 40 by the time of the 2021 tournament. It's not far-fetched to say the tennis world might have seen the last of the Swiss legend at the All England Club. 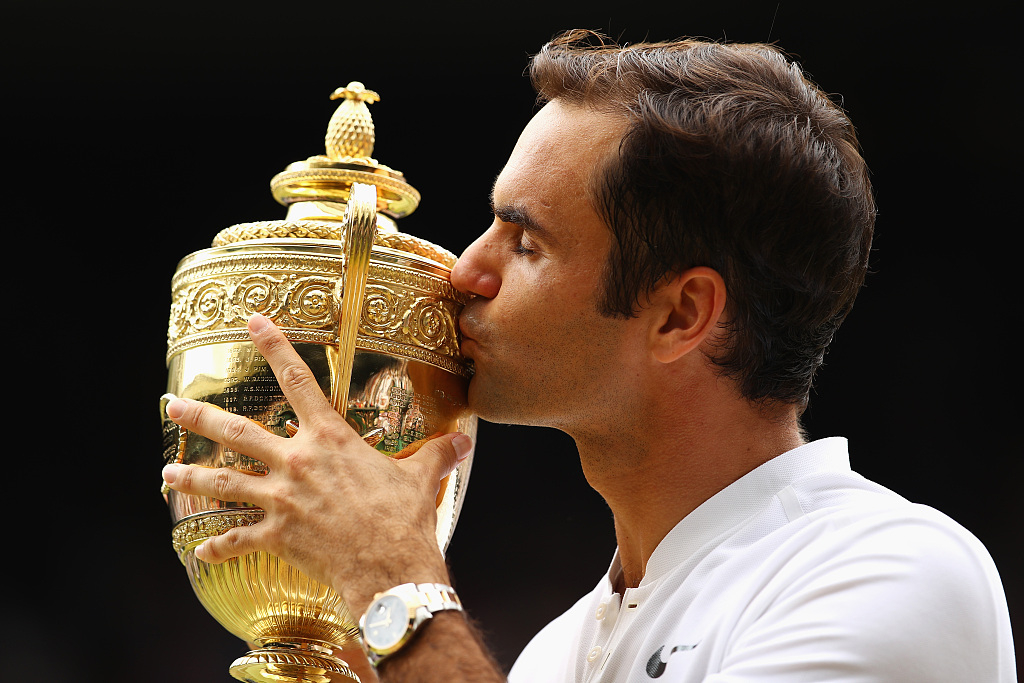 Roger Federer kisses the trophy as he celebrates victory after winning the men's single's title at Wimbledon, England, July 16, 2017. /VCG

Roger Federer kisses the trophy as he celebrates victory after winning the men's single's title at Wimbledon, England, July 16, 2017. /VCG

AELTC chairman Ian Hewitt admitted his hands was forced. "This is a decision that we have not taken lightly," he said. "It has weighed heavily on our minds that the staging of The Championships has only been interrupted previously by World Wars."

"But, following thorough and extensive consideration of all scenarios, we believe that it is a measure of this global crisis that it is ultimately the right decision to cancel this year's Championships."

Following the cancellation of the oldest Grand Slam tournament , women's WTA Tour and the International Tennis Federation confirmed that they would extend the suspension of professional tennis for another five weeks to July 13.

The sentiment was echoed by twice Wimbledon women's singles champion Petra Kvitova, who said: "Definitely a tough one to take... Not only is it a special tournament to me, but it's a tournament that has been part of history for so long that it will leave a big hole in the calendar."

"I will missing playing on the beautiful grass and wearing my whites, but of course we know it will be back better than ever next year. And maybe we will all appreciate it even more!" 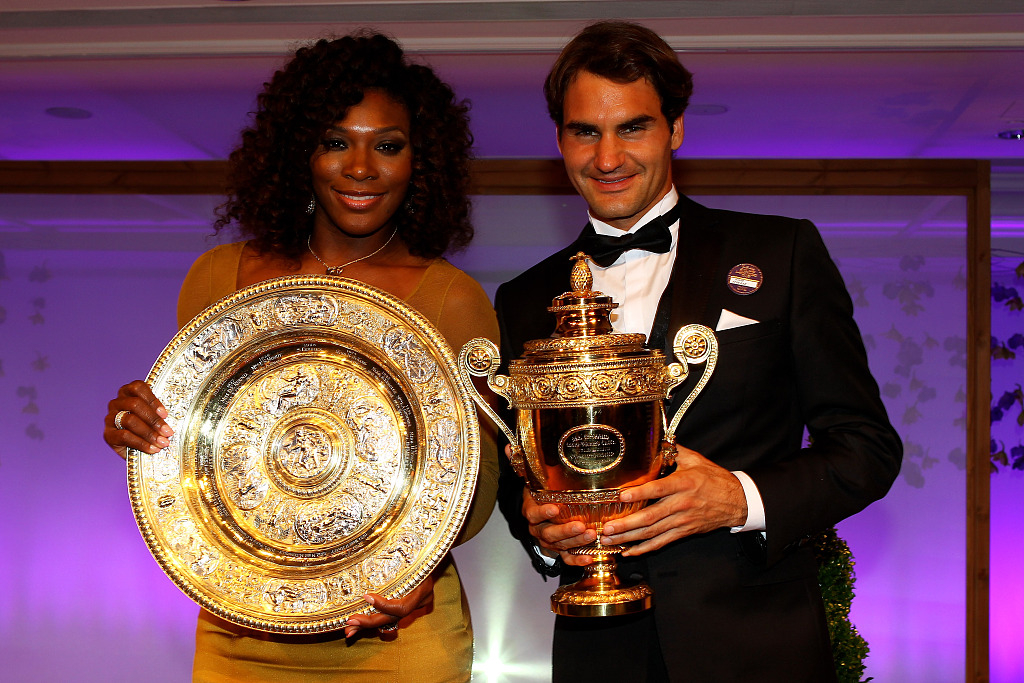 Former champion Angelique Kerber added: "It goes without saying that I'm heavy-hearted that the cancellation of the grass court season also means that I won't be able to play in front of my home crowd in Bad Homburg and Berlin."

"It's disappointing for me but also for all those who put their heart and soul into these events and for the fans who love our sport and support us players all year round."

Defending women's champion Simona Halep, meanwhile, reflected: "Last year's final will forever be one of the happiest days of my life! But we are going through something bigger than tennis and Wimbledon will be back!"

Coco Gauff, the 16-year-old sensation who made an unforgettable debut defeating Venus Williams at last year's tournament, said "I'm going to miss playing in Wimbledon this year. Stay safe everyone, love you guys."

American legend Billie-Jean King, a six-time Wimbledon women's singles champion, said cancelling the tournament was the only option in the circumstances.

"I fully understand and support the decision of the committee and it is vital we keep our focus on those most impacted by this pandemic," she said. "I have been fortunate to go to Wimbledon every year since 1961 and I am certainly going to miss it this year."

The Wimbledon logo surrounded by flowers during the Wimbledon 2019 at All England Lawn Tennis and Croquet Club, July 11, 2019. /VCG

The Wimbledon logo surrounded by flowers during the Wimbledon 2019 at All England Lawn Tennis and Croquet Club, July 11, 2019. /VCG

Tennis has endured a torrid time in recent weeks. The French Open, originally due to be held from May 24 to June 7 was postponed and controversially rescheduled for September 20 to October 4, shortly after the end of the U.S. Open.

The U.S. Tennis Association said it was sticking to its August 31 to September 13 dates for the hardcourt Grand Slam in New York.

However, as the U.S. set new one-day record with 884 coronavirus deaths on Wednesday, a resumption of the professional tennis might be still a long shot.

"I think we are going to have to draw a line under the 2020 tennis season," said 2006 Wimbledon champion Amelie Mauresmo.

"International circuit = players of all nationalities plus management, spectators and people from the 4 corners of the world who bring these events to life. No vaccine = no tennis."