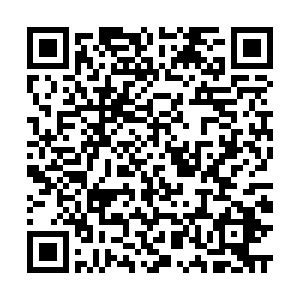 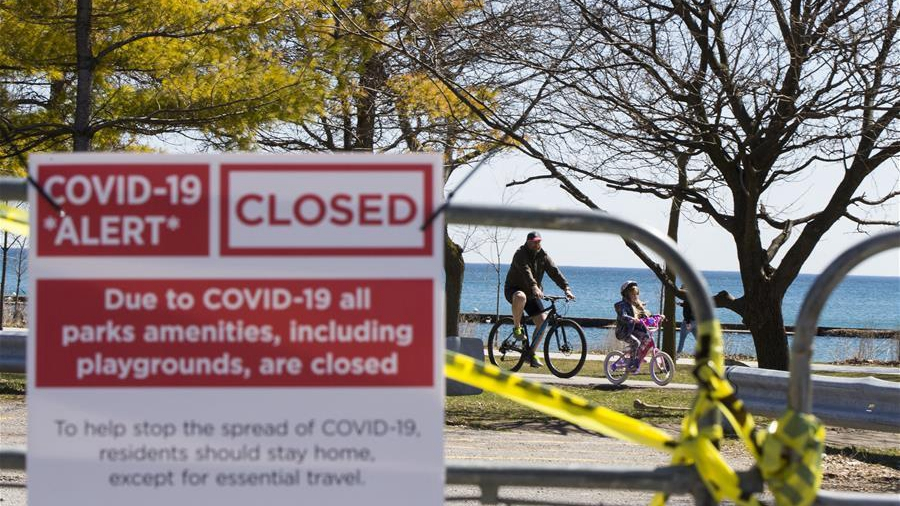 Chinese State Councilor and Foreign Minister Wang Yi on Thursday urged Canada to make a decisive decision and take actions as early as possible to remove the obstacles that impede the development of the two countries' relations.

In a phone conversation with Canadian Foreign Minister Francois-Philippe Champagne, Wang noted the Canadian side said many times that it values the two countries' relations and hopes to push bilateral ties back on the right track, and China attaches importance to that stance.

Noting this year marks the 50th anniversary of the establishment of China-Canada diplomatic ties, Wang said it is supposed to be an important moment for the two countries to strengthen cooperation.

At the time when Canada also faces difficulties caused by the COVID-19 outbreak, China expresses sympathy to the Canadian people and is ready to provide Canada with support and help it badly needs and share anti-virus experience with Canada without reservation, Wang said.

Echoing Wang's stance to bring bilateral ties back to the right track, Champagne said Canada will take practical measures to strengthen communications with China at the significant juncture of the 50th anniversary.

Meanwhile, Champagne spoke highly of the significant efforts China made in fighting against COVID-19 and said his country appreciated the medical supplies and experiences China offered to his country. 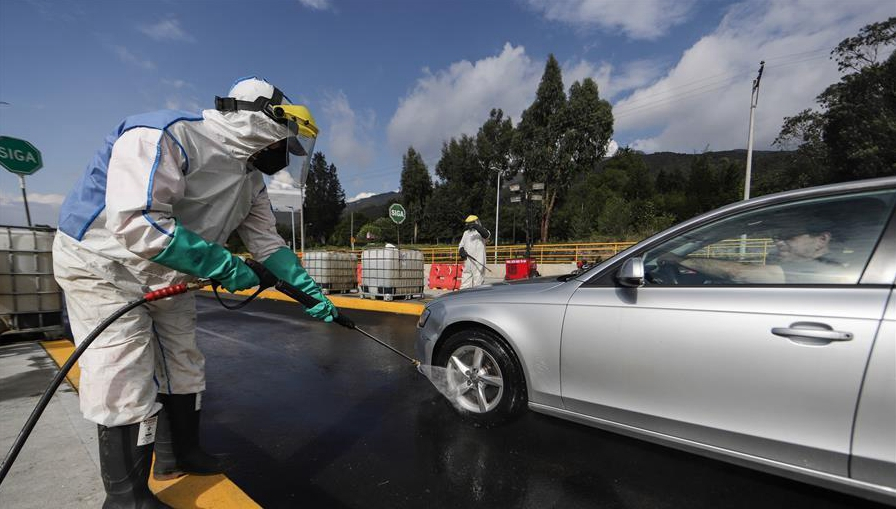 A worker disinfects a car at a toll station in Bogota, Colombia, April 1, 2020. /Xinhua

A worker disinfects a car at a toll station in Bogota, Colombia, April 1, 2020. /Xinhua

In another phone conversation with Colombia's Foreign Minister Claudia Blum, Wang said he believed that jointly fighting COVID-19 is the best way to mark the 40th anniversary of the establishment of bilateral relations.

China will send a batch of emergency supplies to help Colombia in combating the disease, Wang said, voicing confidence that the friendly cooperation between China and Colombia will be further deepened in the joint fight against the coronavirus.

For her part, Blum said that China has set a stellar example of effectively combating the outbreak for Colombia and the world, expressing sincere thanks to China for the assistance of medical supplies and desire to have more experience sharing and cooperation with China.

Colombia stands ready to work with China to fully implement the important consensus reached by the heads of state of the two countries, and jointly make adequate preparation for the celebrations of the 40th anniversary of diplomatic relations between the two countries, she said.

The Colombian side will make every effort to ensure the safety and health of Chinese nationals in Colombia, Blum added.

(Cover: People ride bikes passing through a park which is closed due to COVID-19 in Toronto, Canada, April 2, 2020. /Xinhua)