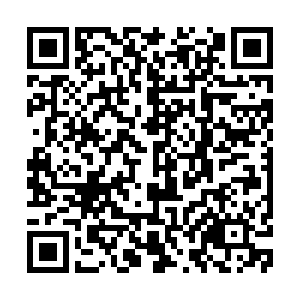 U.S. stocks rallied on Thursday as hopes for a truce in the price war between Saudi Arabia and Russia and a cut in oil output drove gains, taking some sting out of a shocking jump in Americans filing jobless claims due to coronavirus-led lockdowns.

The S&P energy index, down by more than 50 percent this year due to the Russia-Saudi price war and coronavirus-driven demand worries that has caused oil prices to plunge, climbed 9.08 percent.

Saudi Arabia has called for an emergency meeting of oil producers, while U.S. President Donald Trump said he expected the kingdom and Russia to cut output by as much as 10 million to 15 million barrels a day. That helped U.S. crude futures settle up 24.7 percent, and Brent up 21.5 percent, their biggest daily percentage gains on record. 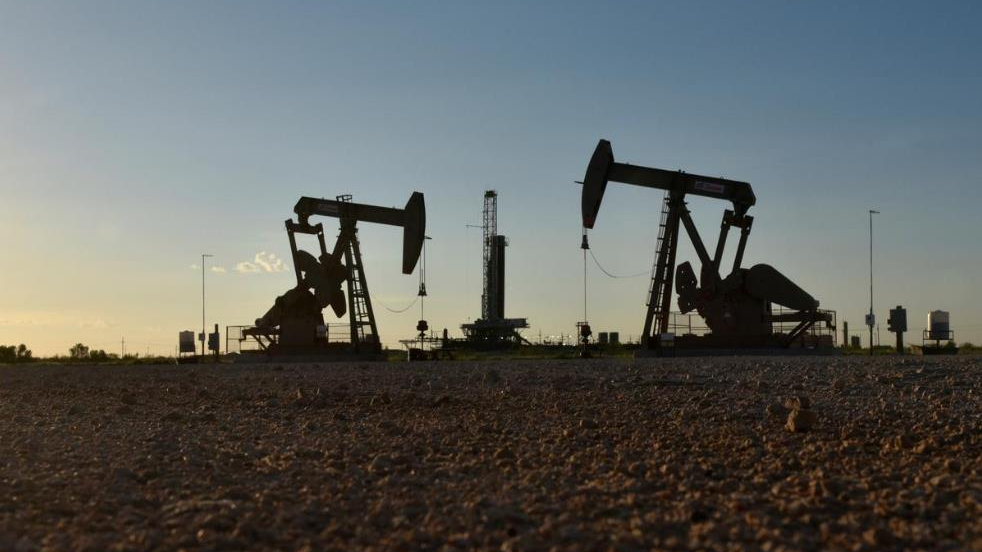 "It got beaten up so badly, you don't rally like this unless it was many people thinking this got overdone," said JJ Kinahan, chief market strategist at TD Ameritrade in Chicago.

The list of top gainers on the benchmark S&P 500 was littered with oil companies. Occidental Petroleum surged 18.90 percent, with names such as Apache Corp and Halliburton also seeing double-digit percentage gains.

A bump in prices may still not be enough to save some of the debt-laden U.S. shale companies that are on the brink of bankruptcy as demand continues to plunge due to the coronavirus pandemic. 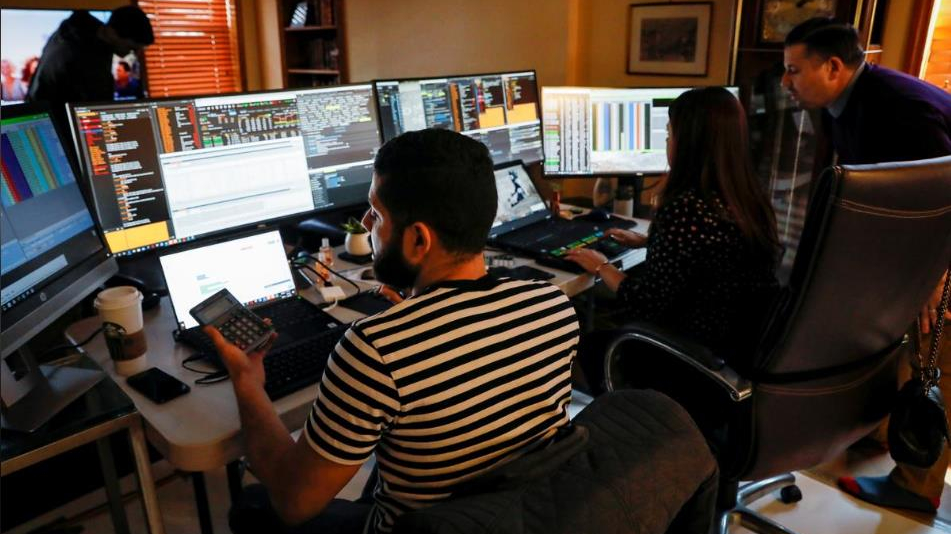 NYSE-AMEX Options floor traders from TradeMas Inc. work in an off-site trading office built when the New York Stock Exchange closed, due to the outbreak of the coronavirus disease, in the Brooklyn borough of New York City, U.S., March 26, 2020. /Reuters

NYSE-AMEX Options floor traders from TradeMas Inc. work in an off-site trading office built when the New York Stock Exchange closed, due to the outbreak of the coronavirus disease, in the Brooklyn borough of New York City, U.S., March 26, 2020. /Reuters

Analysts foresee a further decline in U.S. stocks as country-wide shutdowns to limit the spread of the virus result in a virtual halt in business activity and force companies to lay off employees and save cash.

Boeing Co, once a symbol of America's industrial might, has offered buyout and early retirement packages to employees, sending its shares down 5.68 percent.

Investors continue to absorb a wave of bad economic news that will continue to paint a grim picture. Initial claims for unemployment benefits last week rose to 6.65 million, exceeding the top end of economists' estimates at 5.25 million.

"Overall this is a little bit of a victory in and of the fact that it was such a bad number and the market did kind of shake it off. It is also the market preparing for a lot more bad numbers," said Kinahan.

As earnings season slowly begins to get underway, Walgreens fell 6.30 percent after the drugstore retailer reported a steep decline in U.S same-store sales in the last week of March.