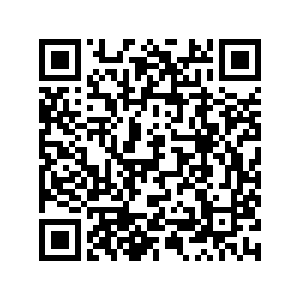 But the initial surge cooled after Russia denied it had spoken with Saudi Arabia, the world's biggest exporter of crude.

After Trump tweeted that Saudi and Russia could slash production by up to 15 million barrels, Brent hit 36.29 U.S. dollars a barrel, up almost 46 percent, and West Texas Intermediate (WTI) soared around 35 percent to 27.39 U.S. dollars.

Gains were trimmed soon after, with Brent up 21 percent to 29.94 U.S. dollars per barrel and WTI showing an increase of nearly 25 percent to 25.32 U.S. dollars -- still the largest increase in a single session for both types of crude.

David Madden, analyst at trading group CMC Markets UK, said "traders are taking the view the two feuding nations... will come to some agreement in term of lowering output."

Trump said he had spoken to Saudi Crown Prince Mohammed bin Salman, who he claimed had spoken with Russian President Vladimir Putin. 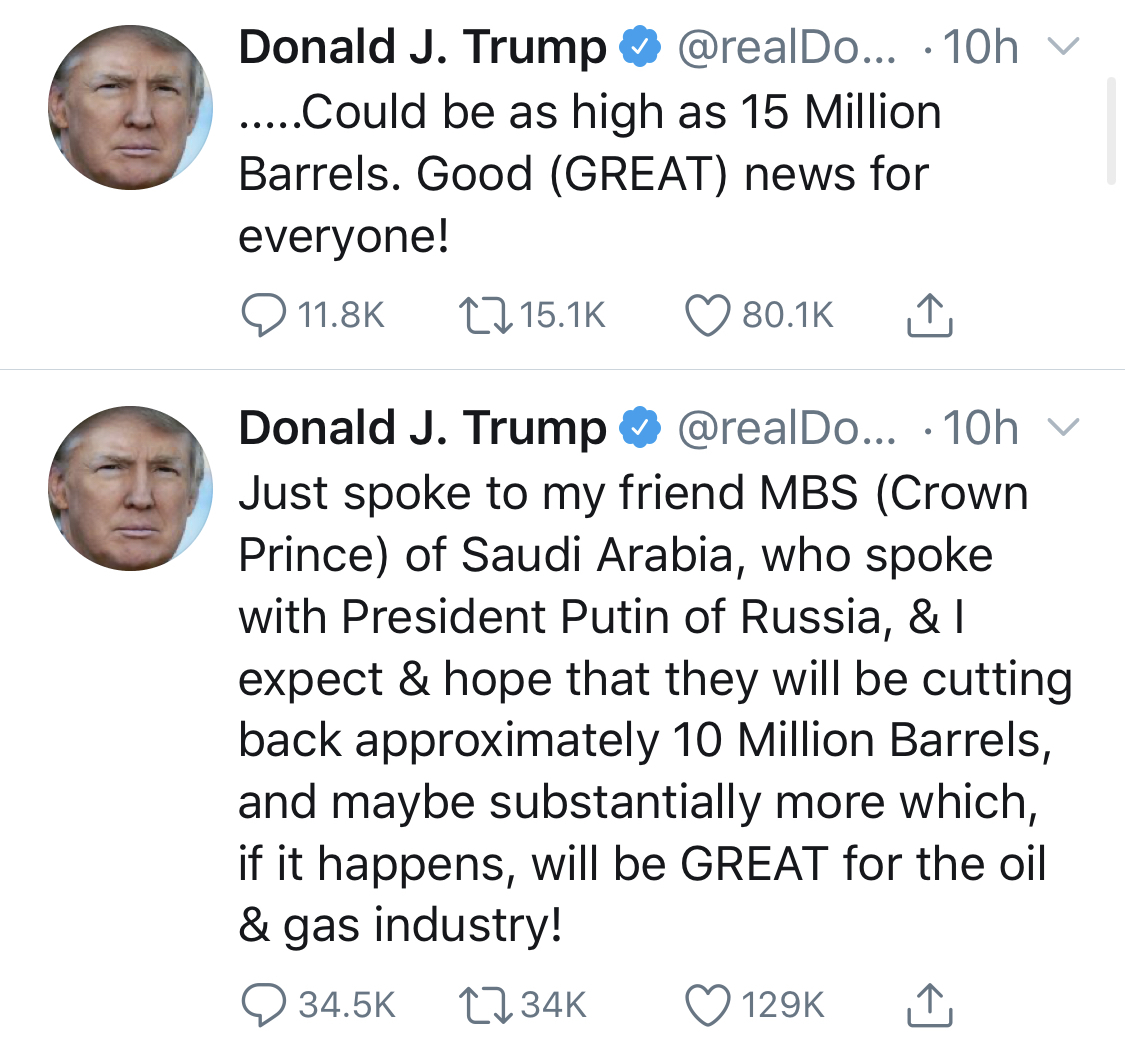 "I expect & hope that they will be cutting back approximately 10 Million Barrels, and maybe substantially more which, if it happens, will be GREAT for the oil & gas industry!" said Trump.

"Could be as high as 15 Million Barrels," he added in a subsequent post.

But the Kremlin denied Putin had spoken to the crown prince.

"No, there was no conversation," Putin's spokesman Dmitry Peskov told Interfax news agency, adding that "so far" there were no plans for such talks.

Saudi Arabia did though call for a meeting of the OPEC+ oil producers to "stabilize the oil market," just one day after the kingdom boosted supplies to record levels.

The kingdom, which is the cartel's kingpin, launched last month a vicious price war, after the Organization of the Petroleum Exporting Countries and Russia failed to clinch a deal to slash output as the deadly coronavirus battered oil demand. 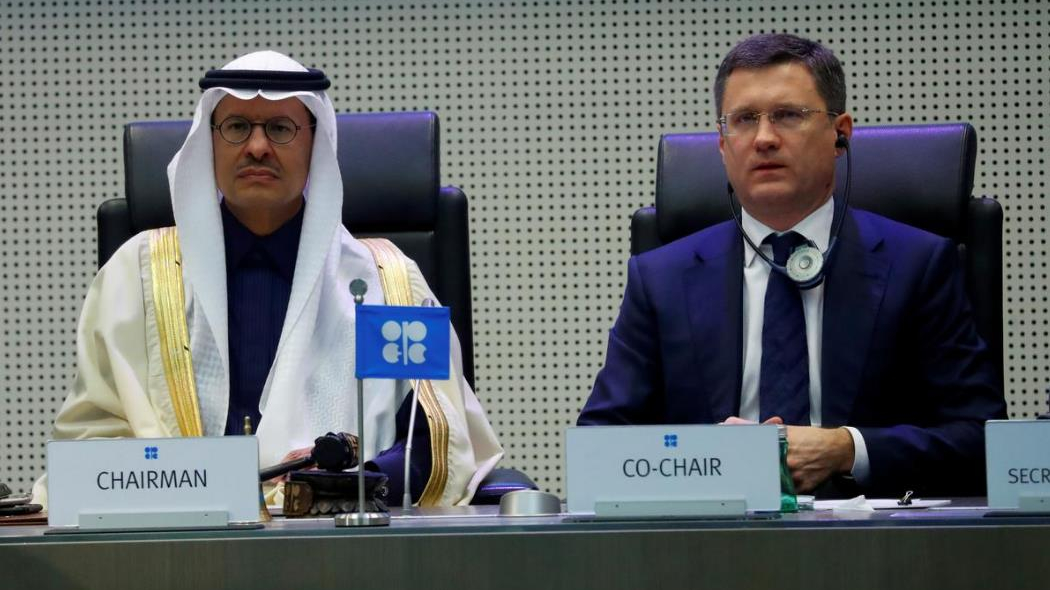 Slashed global demand, along with the price war, sent oil prices to their lowest levels in 18 years this week. WTI slumped below 20 U.S. dollars, having lost around 65 percent of its value in the first quarter.

Prices began rebounding Thursday before Trump's tweet, thanks to hopes of a Saudi-Russia deal and as China looks to increase its oil reserves.

China's move helped to boost prices in a week when the oil market experienced an extremely rare situation.

Despite evaporating demand, production has continued apace as Russia and Saudi Arabia vie for market share, with the excess oil struggling to find space in overstretched storage facilities around the world.

This has resulted in some oils, including Wyoming Asphalt Sour, turning negative on price.

Western Canadian Select had earlier this week traded at "four to five dollars. With the transport cost it means that the price is negative," Per Magnus, head of analysis at Rystad Energy, told AFP.

Analysts meanwhile said the market remained hobbled by sliding demand because of business shutdowns, the grounding of air travel and other social distancing measures put in place to contain the deadly COVID-19 outbreak.

U.S. shale oil producers, which had made the country self-sufficient, have been particularly hard hit by diving prices.

ANZ Bank however said that U.S. prices were being bolstered also by reports that the U.S. energy department may rent space in the country's emergency oil reserves to local producers.

"This would help drillers store excess crude," it said.