500,000 tons of surplus vegetables sold in Hubei thanks to joint efforts
CGTN 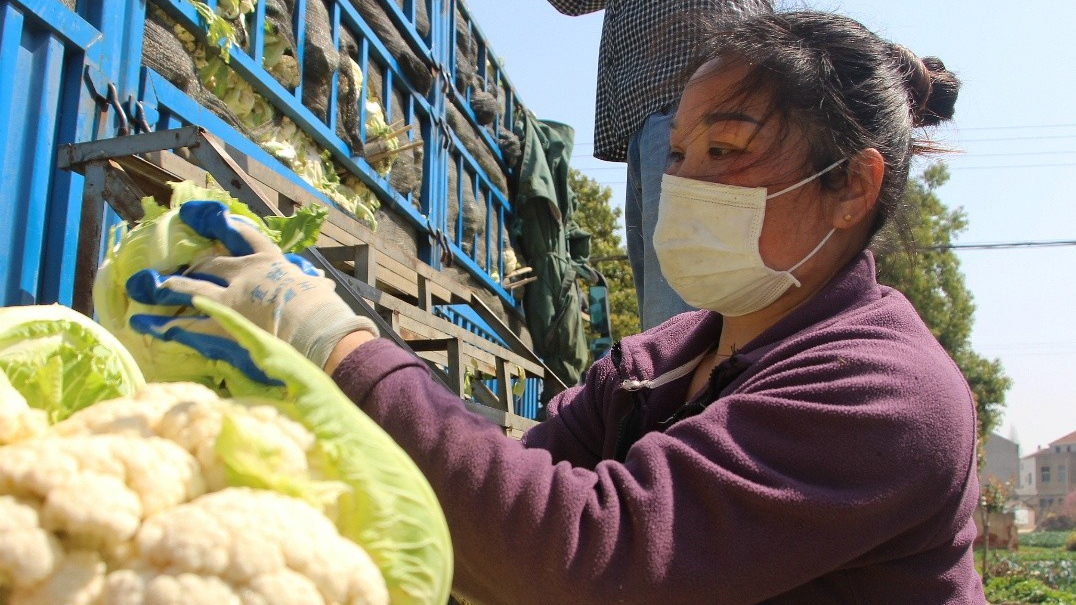 Farmers in Baihe Village, Xiaogan, Hubei Province, pack cauliflower to sell to consumers in Shandong and other places, March 18, 2020. /VCG

Farmers in Baihe Village, Xiaogan, Hubei Province, pack cauliflower to sell to consumers in Shandong and other places, March 18, 2020. /VCG

A total of 500,000 tons of surplus vegetables in Hubei Province, the epicenter of the coronavirus outbreak in China, have been sold thanks to the coordinated efforts of people across the country, said officials at a conference on coronavirus prevention and control in Hubei on Friday.

With the pandemic starting to ease in China, Hubei lifted transportation restrictions effective March 25, which gave farmers a way to sell their products.

Some of the backlogs have been greatly alleviated, but as the seasons change, the contradictions in the production and marketing of Hubei's agricultural products mainly lie in agricultural products including crayfish, mushrooms and spring tea, said Zhang Guihua, an official with the agriculture and rural department in Hubei.

"There are about 500,000 tons of vegetables, 90,000 tons of eggs, and 860,000 tons of fresh fish in overstock in the province," said Zhang. "At present, the backlog of these three types of products has been effectively eased."

The official said vegetables sold out on March 25. 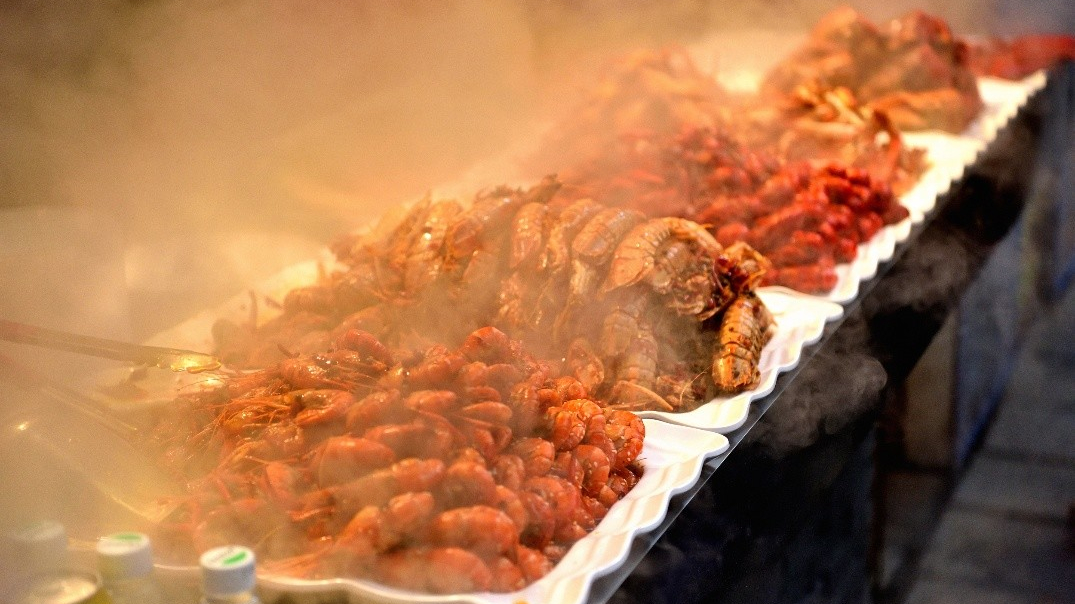 Crayfish in a restaurant in Enshi, Hubei Province, April 2, 2019. /VCG

Crayfish in a restaurant in Enshi, Hubei Province, April 2, 2019. /VCG

Jianli County is a large agricultural county with the largest crayfish farming area. It is also one of the counties most affected by the outbreak.

Due to the coronavirus, the price of crayfish has dropped by about 30 percent compared with the same period last year, said Han Xu, the head of the county.

He said the sale of shrimp is also severely affected, adding that the price is only about 40 percent of the same period last year.

The tea industry in Hubei was also hit hard by the coronavirus. As of April 2, Hubei has processed 14,100 tons of dry spring tea. Only 8,900 tons have been sold so far. The remaining 5,200 tons are waiting to be sold. By May 31, when the spring tea production ends, there will be about 100,000 tons of spring tea for sale.

Zhang said that combined efforts within the province and opening markets outside have made inroads in reducing the surplus. The province will focus on major regions, key enterprises and  brands to expand sales channels and fully play the role of the main players in the consumer market such as restaurants, supermarkets and farmers.

Now, people all over the country are contributing by buying agricultural products from the province through various channels, hoping the farming industry there can return to normal soon.