At least I can be Wimbledon champion for two years, says Halep
CGTN 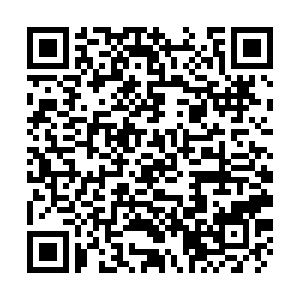 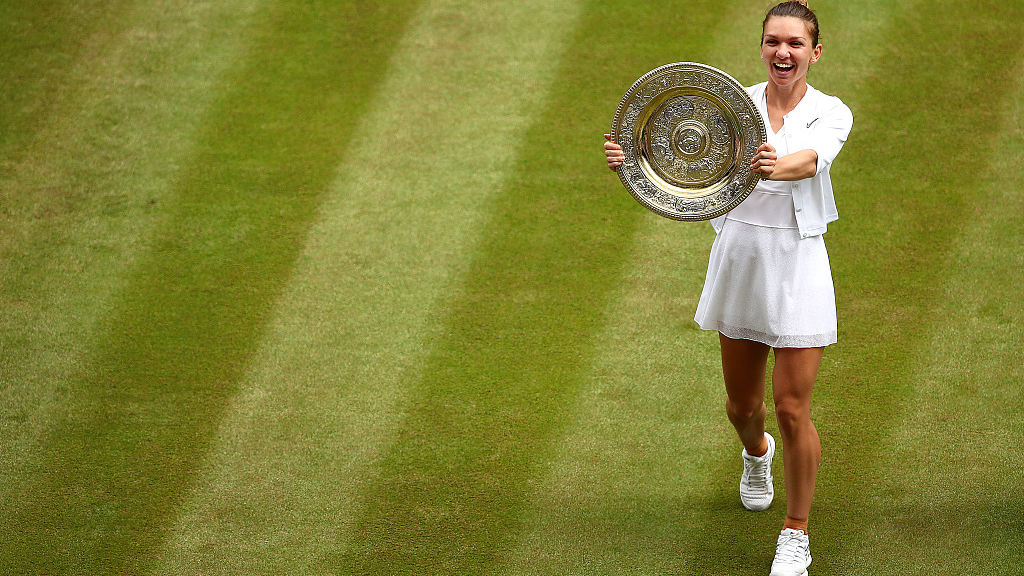 Simona Halep is trying to look on the bright side regarding the suspension of the tennis season due to the coronavirus pandemic, which means at least she will be referred to as reigning Wimbledon champion for two years.

The Romanian former world number one produced a flawless performance to beat Serena Williams in last year's final but this week's cancellation of the grass-court Grand Slam means she will not get to defend her title this summer.

Halep, 28, is currently back in her native Romania where she has been locked down at home for 22 days, only popping out briefly to jog around the grounds of her residence.

Asked about the Wimbledon cancellation, announced on Wednesday, Halep told Eurosport's Tennis Legends vodcast: "I take it positively, because I am now the defending champion for two years. So, I have to live with that for one more year so that's a good thing again."

"I am excited that I will be able to play the first match on (the) Tuesday I think on Centre Court. So, I really want to make this experience. It's going to be great for sure." 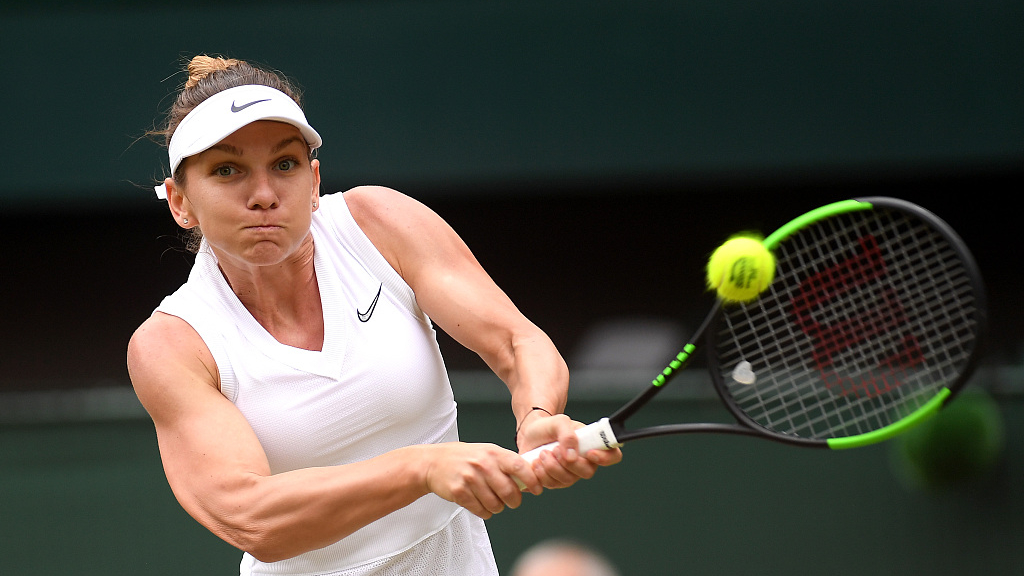 Simona Halep of Romania plays a backhand in her Ladies' Singles final against Serena Williams of The United States during Wimbledon 2019 at All England Lawn Tennis and Croquet Club in London, England, July 13, 2019. /VCG

Simona Halep of Romania plays a backhand in her Ladies' Singles final against Serena Williams of The United States during Wimbledon 2019 at All England Lawn Tennis and Croquet Club in London, England, July 13, 2019. /VCG

The WTA Tour and ATP Tour have been shut down until the middle of July, at least, but Halep is geared up for a longer suspension of the season, possibly the whole year.

"I know that the worst scenario in my head is that this year is going to be canceled and, yeah, I'm sure we're going to overcome this period if we listen and stay home safely," she said.

"For the moment, I think it's going to be longer than July. We hope for the U.S. Open (scheduled for Aug. 31 to Sept, 13) but it's not sure because New York is struggling now.”

After so many years jet-setting around the globe, Halep said the enforced time off from the Tour had been welcome in some respects, even if the circumstances were dreadful.

"It's the longest period that I haven't touched a racket. Not the ball, the racket — since Dubai," she said. "And I want to keep it that way for one more month." 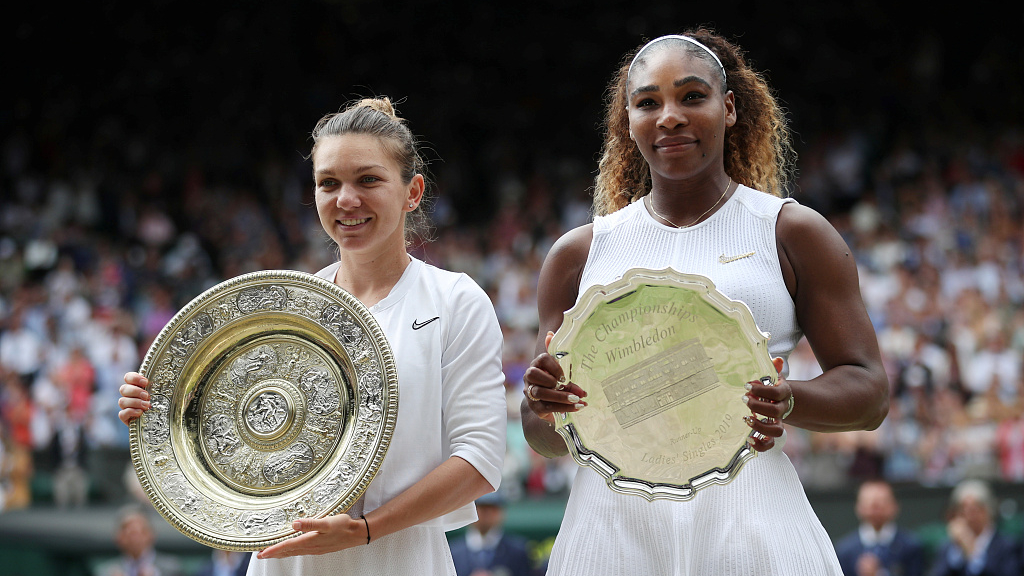 Romania's Simona Halep and Serena Williams of the U.S. pose with their trophies after the final at the Wimbledon Open in London, England, July 13, 2019. /VCG

Romania's Simona Halep and Serena Williams of the U.S. pose with their trophies after the final at the Wimbledon Open in London, England, July 13, 2019. /VCG

"I just kept it very safe because I am a little bit scared about it. And I just want to stay chilled. I wake up at around 10 or 11. It's very good to have a lot of sleep."

"No alarm clock, no schedule, so I just wake up. I have a late breakfast and then I do some running here in the complex. Because we are allowed to do it, it's a private residence."

"In the house I work on my core and my other exercises. So, every day I am working and I feel fit yes."

Halep said that while she missed her job, it was right that sport had faded into the background at a time of global crisis.

"It's just a world problem and I just want to say that it's safer that everything got canceled. It's not a small problem, it's a huge problem. And we just have to listen to what they say, to stay home and being very safe,” she said.

The same as Halep, players across the tennis fraternity reacted with shock and sadness upon learning about the cancellation of Wimbledon. Roger Federer, who planned to make a comeback at Wimbledon this year after undergoing a keyhole surgery in February, said he was "devastated" when hearing the news.