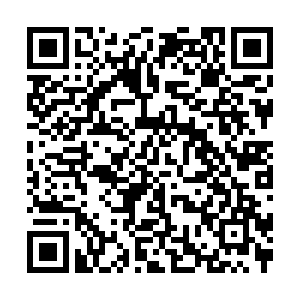 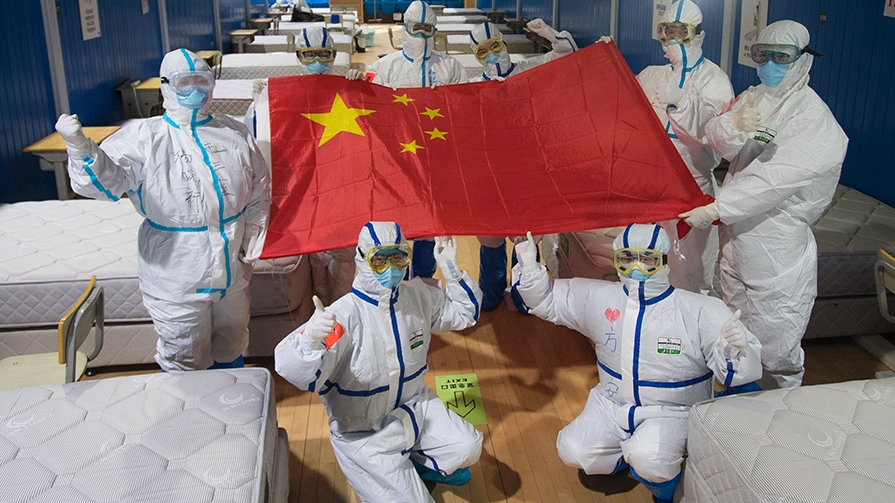 On Friday, the Washington Post produced an article based on little more than speculation claiming that Wuhan's official COVID-19 death toll was over 10 times higher than reported and standing at a total of 40,000. Chief correspondent Anna Fifield stated that journalists for the publication had been "social media sleuths" and cited unspecified posts on social media network Weibo which made speculations based on the rate families received urns of cremated relatives in anticipation for China's Qingming festival whereby people look after the graves of their relatives.

Despite the fact that there was no substantial evidence behind the statistic, most observers took the claim at face value which has gone in line with a wider effort to dismiss China's response to the outbreak.

This is not professional journalism, and on any other subject passing off such unfounded speculation as outright fact would never be allowed. The idea that never seen social media posts and hidden rumors can somehow prove an empirical verification for a claim of such magnitude is incredibly ill-conceived, and questions the credibility and integrity of the Washington Post accordingly.

It overlooks the fact that other people will have died of other conditions in the meanwhile, and that the end of the lockdown and the Qingming festival would have created a backlog at these buildings. Thus, it seems geared to confirming narratives spread by the American establishment, than serious reporting rests on the ideological confirmation bias that things "must" be worse than they seem, thus negating any balanced assessment.

In Western countries, would a set of tweets from an unknown source ever possibly pass off as the confirmation of a major death toll? Not in a million years. In Britain or America for one, to write an article making numbers out of sand concerning people's lives from unclear circumstances would constitute a breach of journalistic ethics and be met with considerable public scrutiny. 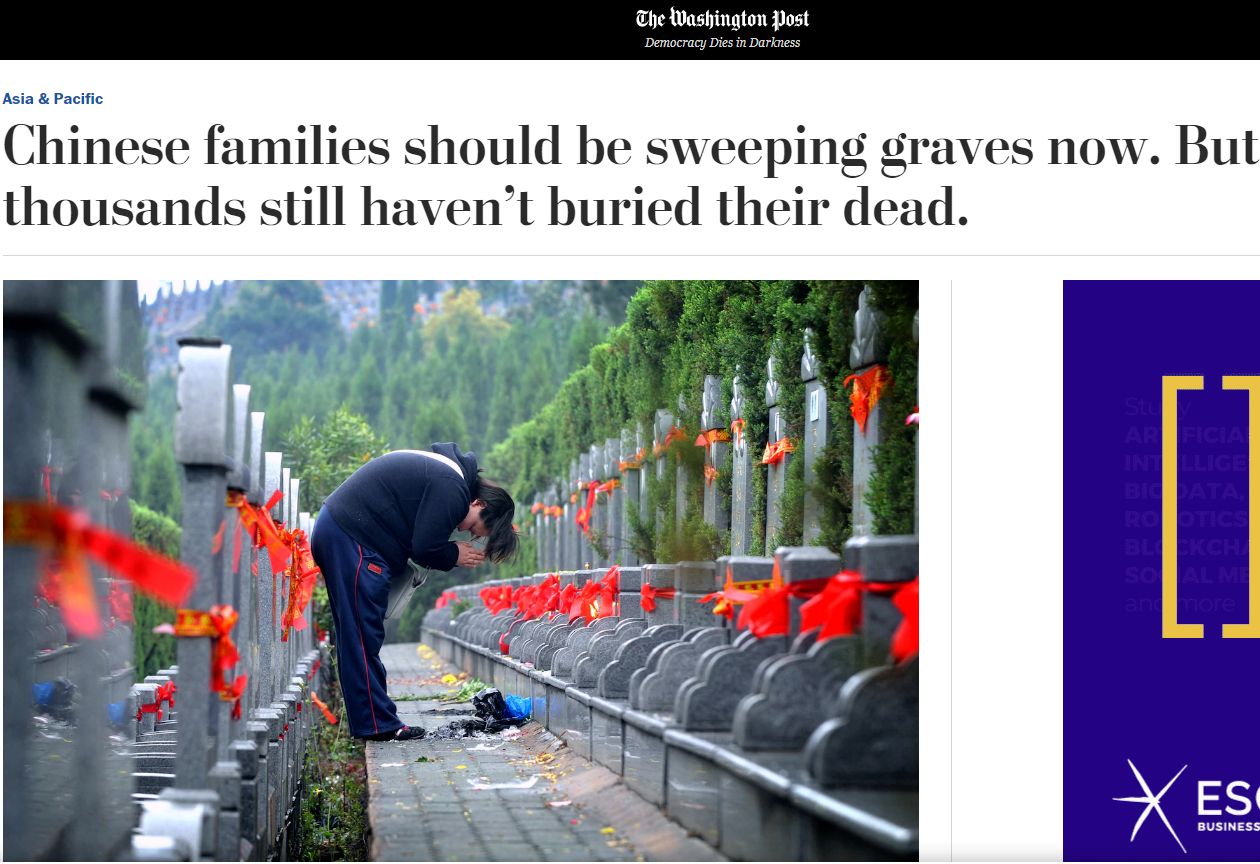 Yet, when it comes to China apparently this is what passes for journalism. The Washington Post, in tandem with American state government institution Radio Free Asia, has used speculator estimates of activity at crematoriums in Wuhan to invent what they argue is the "real death toll." How is this verifiable or even mathematically feasible at all?

They might cite local gossip and sources too, but again this is not an accepted threshold of reliability in the West. Are we to assume a rumor constitutes fact just because it suits the narrative? Apparently so. Yet not all local "sources" say the same thing. I decided to post these reports on my Weibo, where I have 17,500 followers (with some of them in Hubei) and ask if this was in any way true. The response denied that it was true, including those within the province. Although this is also technically not able to prove anything, nevertheless it reveals that one can get pretty much anything they want from social media which of course makes the reliability of these claims even more questionable.

But what can we argue against the evidence they are claiming? Do local crematoriums being busier constitute a higher virus death toll? Their narrative focused reporting undermines other circumstances. There are over 11 million people in Wuhan. Virus or not, people die every single day which means throughout the course of the outbreak a large number of people would have naturally passed away. Now because the area was in lockdown and because crematoriums were focused on COVID-19 victims, this means that families would not have been able to go out and collect their remains due to the obvious reason the restriction is in place. This would have created a backlog of urns.

With this, the end of the lockdown in the past week and the looming of the Qingming festival would have created a priority time for families to collect the ashes of their loved ones (irrespective of the cause) which they were not previously able to do so.

Therefore, the idea that this logically argues in favor of a higher COVID-19 death rate in the area, up to ten times higher, is completely unfounded. It is as if the publication has bypassed basic logical thinking and rushed to affirm something which reflects the conventional narratives being pushed on China. This seriously questions the credibility of the Washington Post.

For a publication to place its motto as "Democracy dies in Darkness," and to push figures which are largely fabricated, is both ironic and concerning. It is as if in no circumstances China can be praised for its handling of the outbreak and instead it is more comforting to make things up in order to play down the disastrous response to the virus in certain Western countries.