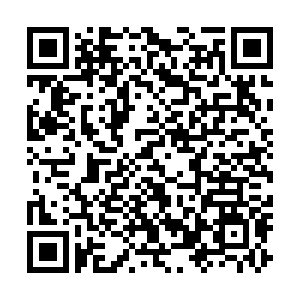 China on Saturday slammed comments made by a French journalist on COVID-19 victims on the day of mourning, saying that it strongly opposes to any forms of racism and discriminatory acts, according to the Chinese Embassy in France.

In a press release, the spokesperson underlined the importance of this day of mourning that commemorates martyrs and deceased compatriots.

The spokesperson said that on this special day, national flags flew at half-mast across the country and in all Chinese embassies and consulates abroad, and public recreational activities were suspended nationwide.

Lechypre whispered "they are burying Pokeman," during a live TV segment of the three minutes of silence to mourn those who died of COVID-19.

A popular interpretation of the usage of the vocabulary "Pokeman" by the journalist was because of the cartoon character's yellow color that resembles "Asian," which are deemed and widely criticized as racist.

The spokesperson said that it has noticed that the journalist has apologized. The spokesperson stressed that the virus doesn't have borders, and China mourns for all the people who have died from the pandemic, whether that's in China, France or elsewhere.

"We hope that everyone can cooperate to help each other and win this battle jointly," the spokesperson said. 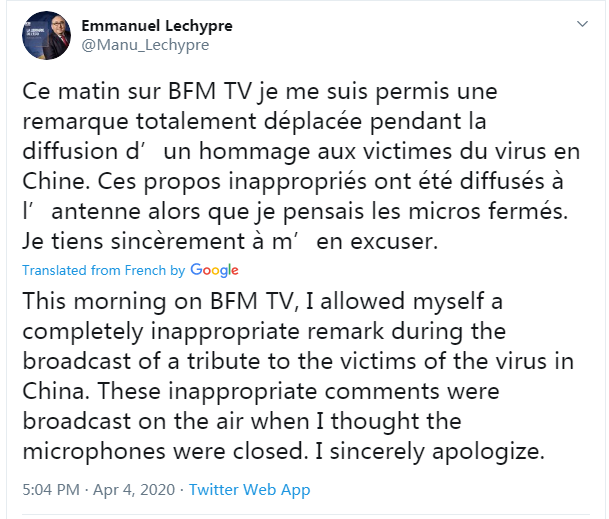 The channel's boss Marc-Olivier Fogiel and Lechypre have apologized for the comments on social media.

Lechypre said that his comments are "completely" inappropriate and because he "thought the microphones were closed."

(People pay a silent tribute to martyrs who died in the fight against the novel coronavirus disease (COVID-19) outbreak and compatriots who died of the disease in Feixi, east China's Anhui Province, April 4, 2020. /Xinhua)