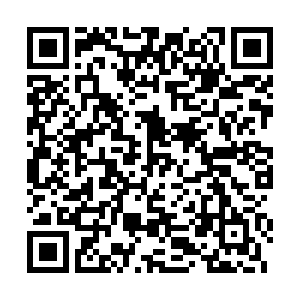 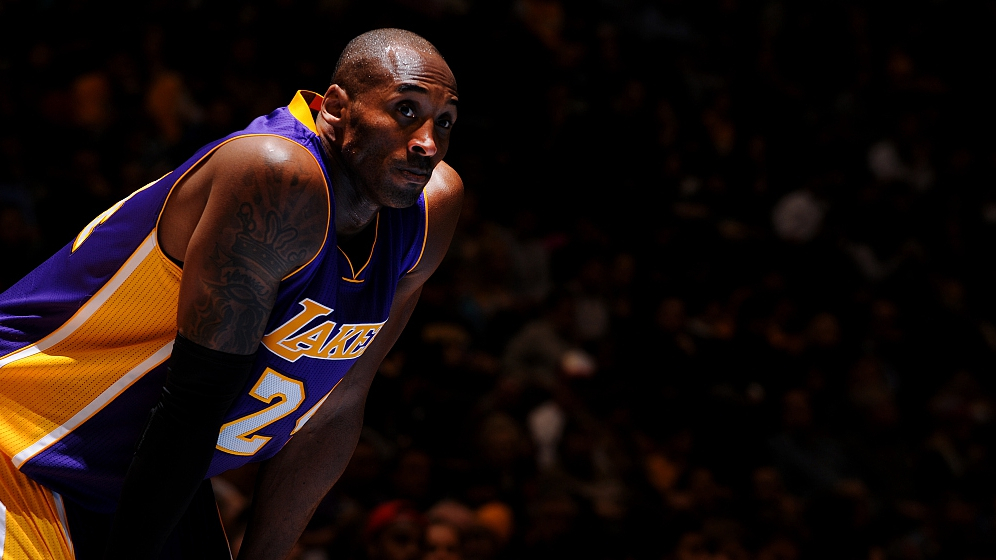 Kobe Bryant is named to the 2020 Hall of Fame three months after this death in a helicopter crash. /VCG

Kobe Bryant is named to the 2020 Hall of Fame three months after this death in a helicopter crash. /VCG

The entire world has come to a screeching halt, but amid the COVID-19 gloom, the brilliance of Kobe Bryant still shines through.

The former Los Angeles Lakers superstar, who was killed in a helicopter crash in January, was confirmed as one of nine new honorees of the Naismith Memorial Basketball Hall of Fame on Saturday.

The induction ceremony in Springfield, Massachusetts is still set to take place on August 29.

"The Class of 2020 is undoubtedly one of the most historic of all time and the talent and social influence of these nine honorees is beyond measure," said John Doleva, chief executive of the Naismith Memorial Basketball Hall of Fame.

"In 2020, the basketball community has suffered the unimaginable loss of iconic figures Commissioner David Stern and Kobe Bryant, as well as the game itself due to COVID-19. We have also banded together like never before in appreciation of the game and those who have made it the uniting force it is today." 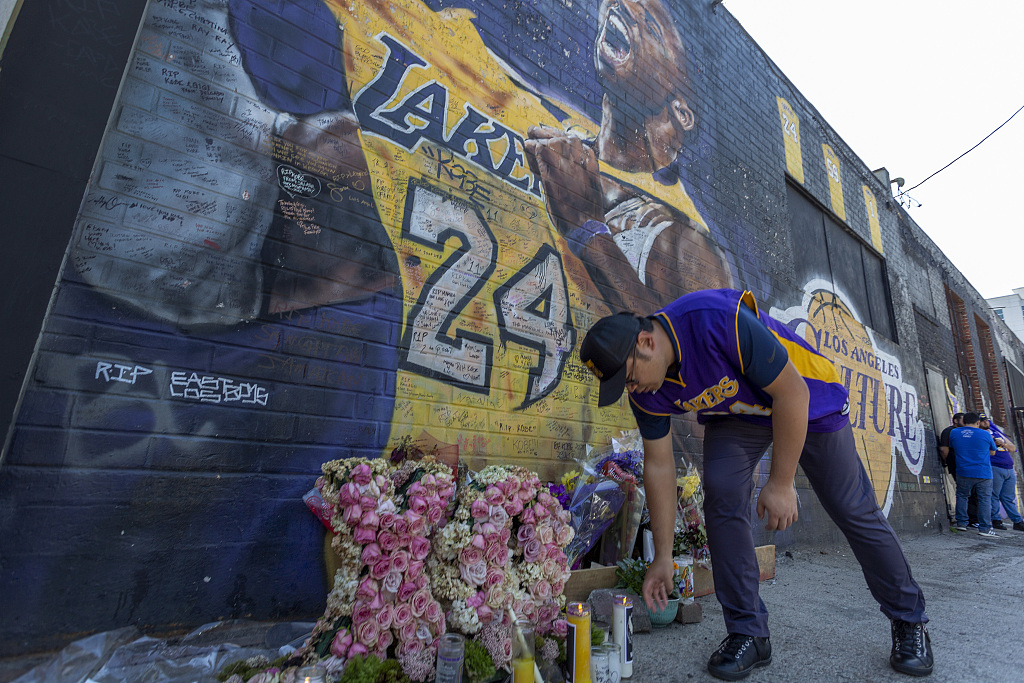 A man places a candle near a mural for Kobe Bryant during the official memorial ceremony for him at nearby Staples Center on February 24, 2020. /VCG

A man places a candle near a mural for Kobe Bryant during the official memorial ceremony for him at nearby Staples Center on February 24, 2020. /VCG

Bryant's wife Vanessa also hailed her husband's achievements. "It's an incredible accomplishment and honor, and we're extremely proud of him," she told ESPN on Saturday. "Every accomplishment that he had as an athlete was a stepping stone to be here."

"Obviously we wish that he was here with us to celebrate. We're incredibly proud of him," she added.

Lakers owner Jeanie Buss also paid tribute to Bryant. "Kobe was not only a proven winner and a champion, he gave everything he had to the game of basketball," she said in a statement.

"His fierce competitiveness, work ethic and drive were unmatched. Those qualities helped Kobe lead us to five titles – and have now brought him to the Hall of Fame, where he will be enshrined with the greatest to have ever played the game. No one deserves it more."

The basketball world was left stunned by Bryant's death earlier this year and the NBA season has also been left in disarray by the COVID-19 pandemic. According to ESPN's Brian Windhorst, the NBA is considering cancelling the rest of the season.

"The talks between the players union and the league this week, I've talked to both sides of this issue, and it is clear that the NBA is angling to set up a deal that enables them to shut the season down," Windhorst said on Saturday.

"Now they don't have to do that yet, and the way they're negotiating they're leaving themselves an option either way, but they're not having talks about how to restart the league, they're having financial talks about what would happen if the season shuts down, and I think there is a significant amount of pessimism right now."