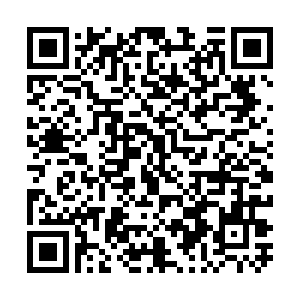 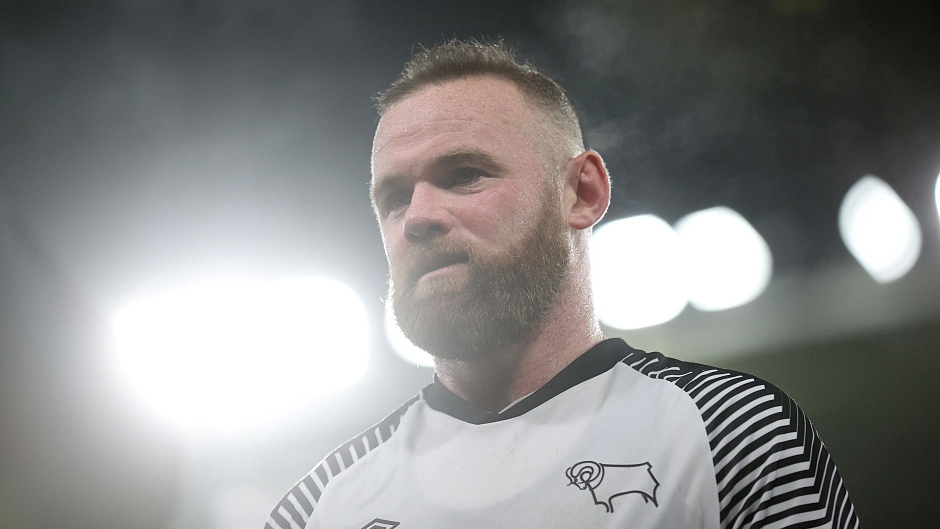 Manchester United legend Wayne Rooney has launched a scathing attack on the British government for treating football stars as "scapegoats"during the COVID-19 crisis and left them in a "no-win situation" over the issue of pay cuts.

The former England captain let it all out in his Sunday Times column, branding the public pressure put on players to take salary cuts during the pandemic as a "disgrace."

Last week, UK Health minister Matt Hancock singled out English Premier League (EPL) stars in his coronavirus briefing, saying they should "play their part" during the pandemic, while lawmaker Julian Knight, who chairs the House of Commons Digital, Culture, Media and Sport Committee, accused the EPL of operating in a "moral vacuum."

Rooney was clearly unimpressed. "If the government approached me to help support nurses financially or buy ventilators I'd be proud to do so – as long as I knew where the money was going," wrote the 34-year-old, who currently plays for Championship side Derby. 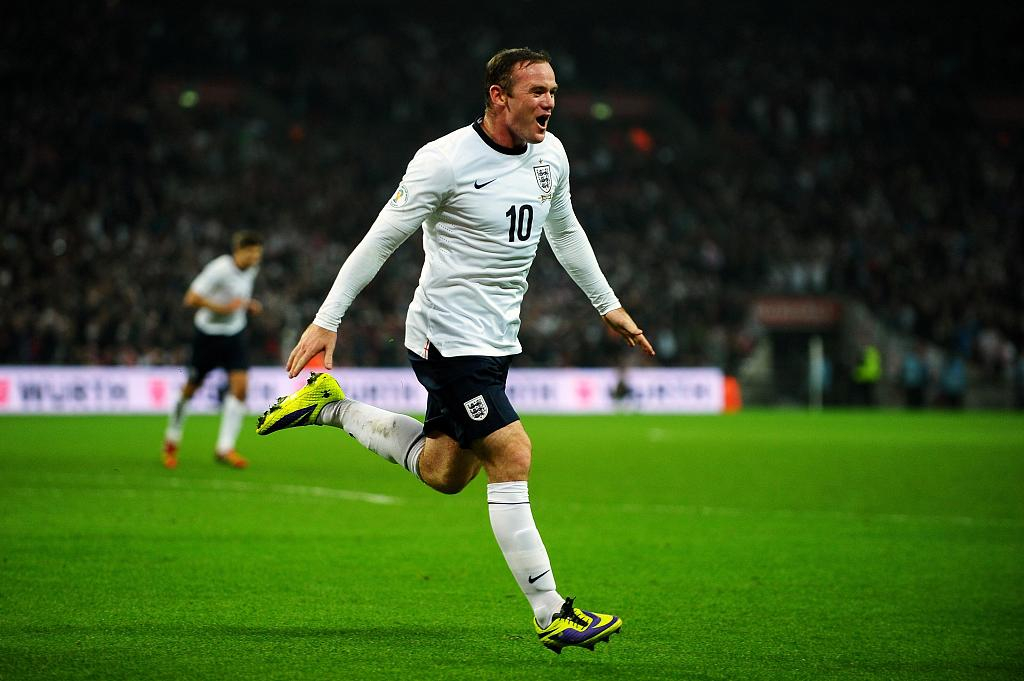 "I'm in a place where I could give something up. Not every footballer is in the same position. Yet suddenly the whole profession has been put on the spot with a demand for 30 percent pay cuts across the board. Why are footballers suddenly the scapegoats?"

"How the past few days have played out is a disgrace," he added.

Rooney also questioned the wisdom of the Premier League in preempting behind-the-scenes talks involving players with its own proposals for sweeping reductions. "In my opinion it is now a no-win situation," he said. "Whatever way you look at it, we're easy targets."

'Why not call on all the wealthy to try and help if they possibly can rather than just pick on footballers?,' the Match of the Day presenter told BBC One on Sunday.

"They've always been easy game in many ways. Nobody seems to talk about the bankers, the CEOs, huge millionaires. Are they standing up? Are they being asked to stand up? We don't know."

"Footballers do an extraordinary amount of good in the community, lots of them will already be giving in their own silent ways and I know that plans are afoot to make their contributions to society." 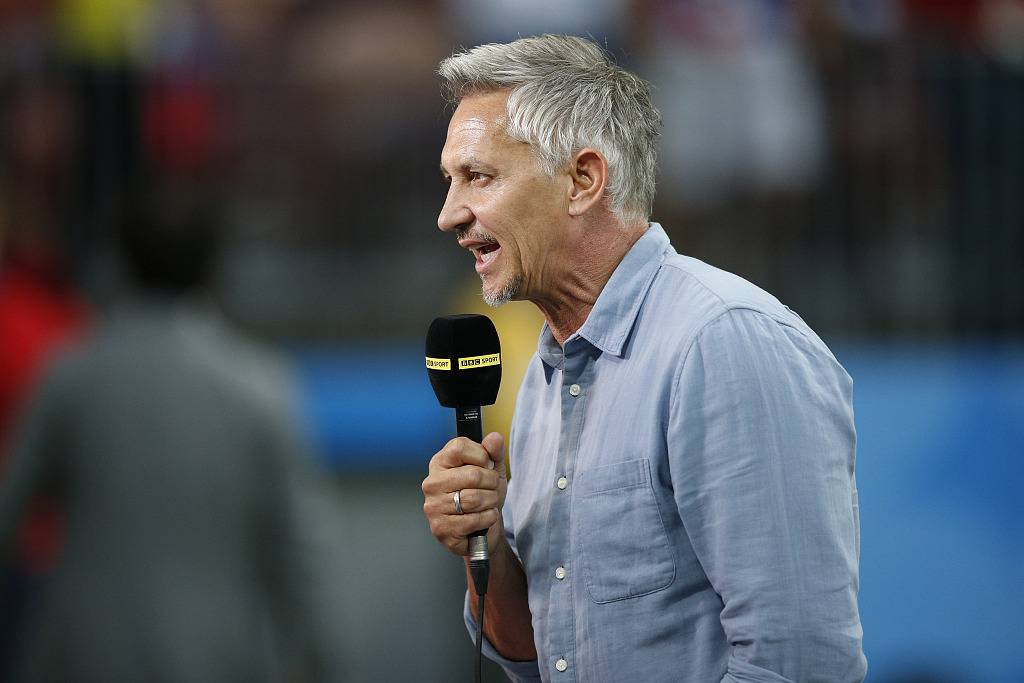 "The players I've spoken to are all desperately keen to do it. The problem is how you do it. It's obviously complicated and it takes time. People are always quick to jump on the judgmental high horse, certainly when it comes to footballers but lots of them do lots of really good things and I'm sure they'll continue to do so."

Oliver Dowden, Secretary of State for Digital, Culture, Media and Sport, tried to diffuse the situation.

"Concerned about the turn football talks have taken tonight. People do not want to see infighting in our national sport at a time of crisis," he said on Twitter.

"Football must play its part to show that the sport understands the pressures its lower-paid staff, communities and fans face."

In a separate matter that could further tarnish footballers' reputation, Manchester City defender Kyle Walker was caught ignoring the COVID-19 lockdown by hosting a sex party involving two call girls at his flat.

As of Sunday, Britain has recorded more than 4,900 virus deaths overall among nearly 48,000 reported cases. The country is in the middle of a three-week lockdown. 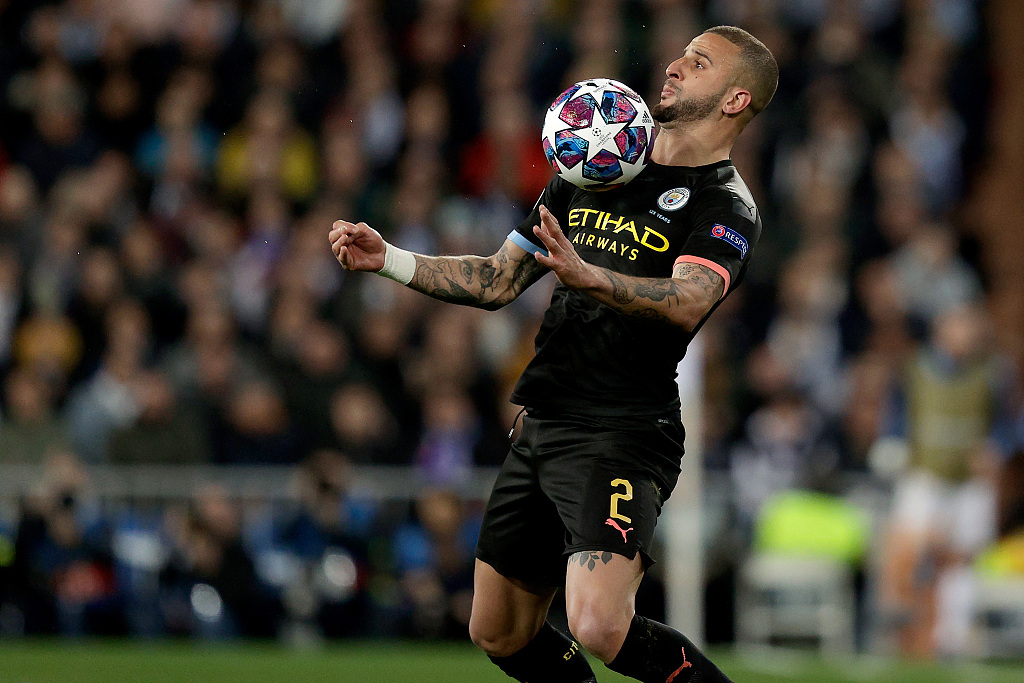 Kyle Walker is set to be punished by Manchester City following his breach of lockdown rules. /VCG

Kyle Walker is set to be punished by Manchester City following his breach of lockdown rules. /VCG

The England star issued an statement on Sunday, saying "I want to apologize to my family, friends, football club, supporters and the public for letting them down."

"There are heroes out there making a vital difference to society at the moment and I have been keen to help support and highlight their amazing sacrifices and life-saving work over the past week. "

"My actions in this matter are in direct contrast to what I should have been doing regarding the lockdown. And I want to re-iterate the message: Stay home, stay safe," he added.

City later confirmed that Walker will face disciplinary action from the club after an internal investigation.

A City spokesman said: "Footballers are global role models and our staff and players have been working to support the incredible efforts of the NHS and other key workers in fighting the effects of COVID-19, in any way we can."

"Kyle's actions in this matter have directly contravened these efforts. We are disappointed to hear the allegations, note Kyle's swift statement and apology, and will be conducting an internal disciplinary procedure."

The 29-year-old Walker is the second Premier League star to have been caught breaking the government lockdown after Jack Grealish.

The Aston Villa captain allegedly smashed his 160,000-U.S.-dollar Range Rover into three parked cars near Solihull after going to a party last weekend. 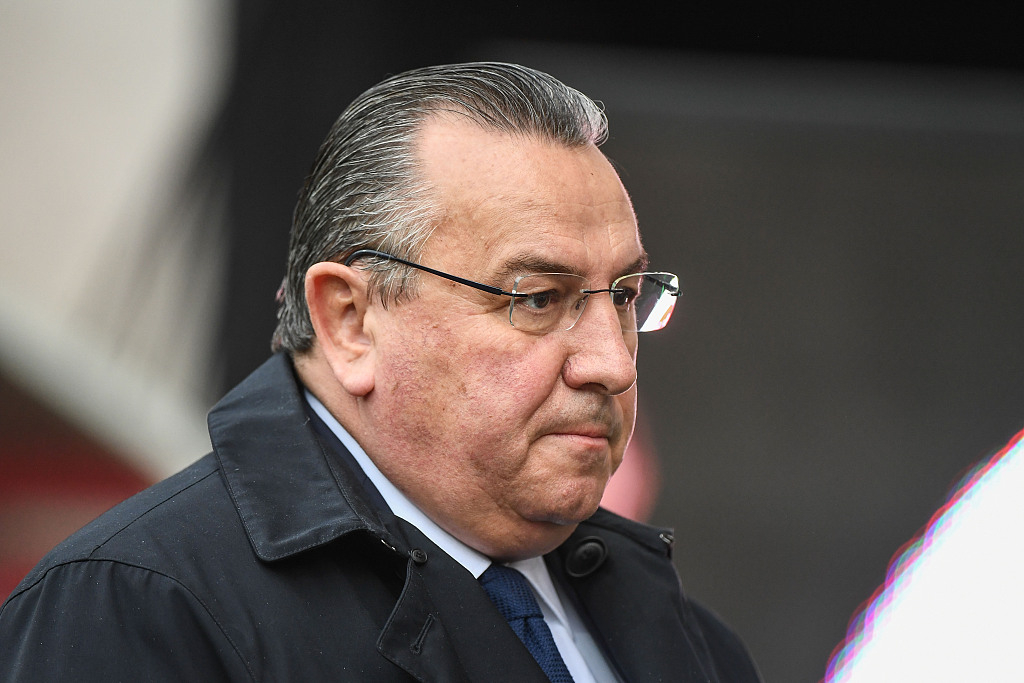 Reims president Jean-Pierre Caillot says the COVID-19 pandemic has shaken the club "to its core." /VCG

Reims president Jean-Pierre Caillot says the COVID-19 pandemic has shaken the club "to its core." /VCG

According to Le Parisien, Gonzalez took his own life at home on Sunday afternoon after contracting COVID-19. Before the tragedy happened, Gonzalez, who had worked at the club for 23 years, was in quarantine with his wife, who had also been infected with the disease.

"Words fail me, I am stunned by this news," Reims president Jean-Pierre Caillot said in a statement. "This pandemic has shaken Stade de Reims to its core. A great character from Reims and a great sports professional has left us."

Arnaud Robinet, mayor of Reims, said: "I have strong thoughts for his parents, his wife, his family. He is a collateral victim of COVID-19… I know that he has left a note to explain his decision, but I will ignore the contents of it. He was an engaged and a very loving man."