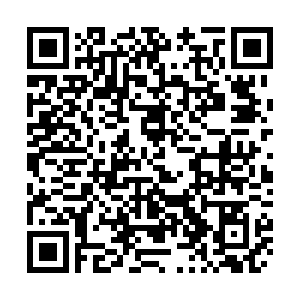 Australia's central bank kept rates at record lows on Tuesday and pledged to keep three-year government bond yields at its 0.25 percent target as it predicted the coronavirus pandemic would trigger a massive economic decline.

The Reserve Bank of Australia (RBA) on March 19 announced an out-of-cycle rate cut to 0.25 percent together with an unprecedented stimulus package, which included an unlimited quantitative easing program.

On Tuesday, the board affirmed all the elements of that package and said it would not raise interest rates until it made progress in achieving its employment and inflation goals.

The decision comes as economists predict the worst recession in Australia's history that would see the unemployment rate almost doubling to near 10 percent. Economic indicators on Tuesday offered a foretaste of the pain to come with March job vacancies posting their largest drop in more than a decade.

"There is considerable uncertainty about the near-term outlook for the Australian economy," RBA Governor Philip Lowe said in a short post-meeting statement.

"Much will depend on the success of the efforts to contain the virus and how long the social distancing measures need to remain in place," Lowe added.

"A very large economic contraction is, however, expected to be recorded in the June quarter and the unemployment rate is expected to increase to its highest level for many years."

Restrictions on people movement and gatherings have forced many businesses in hospitality, retail, transport, education and even community services to shut down. Businesses that remain open face falling sales and increasing operational restrictions.

There is already growing evidence of a marked slowdown in activity as the total number of confirmed COVID-19 cases in Australia creeps towards 6,000 with 46 deaths.

A closely watched ANZ survey on Tuesday showed total job advertisements dived 10.3 percent in March from February, the steepest decline since January 2009 when the global financial crisis was raging.

Separately, a service sector index showed activity shrank for a fourth straight month in March as it plunged to the lowest in 11 years.

It wasn't all gloom with another survey from ANZ and Roy Morgan on Tuesday showing consumer sentiment bouncing last week after two months of drastic falls, as a government "JobKeeper" plan to subsidize some workers lightened the mood just a little.

In anticipation of a steep contraction in gross domestic product, the RBA has so far bought 38 billion Australian dollars of Australian government bonds, or nearly seven percent of outstanding stock, to help keep borrowing costs low.

It said the functioning of the bond market has improved since it launched its quantitative easing programme on March 20 and so it was likely that "smaller and less frequent purchases" would be required.

"That extremely aggressive pace of (bond) purchases can't be sustained for long," said Marcel Thieliant at Capital Economics. "A case could still be made for corporate bond purchases as spreads have continued to widen."

Thieliant expects the unemployment rate to surge to 12 percent and underlying inflation to fall below one percent over the next couple of years.

"To meet its targets, the Bank may therefore have to launch negative interest rates at some point even though it currently has no appetite to do so," he added.