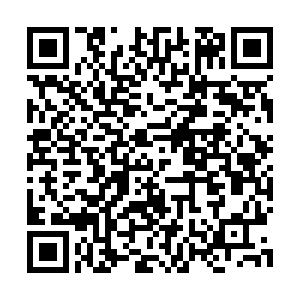 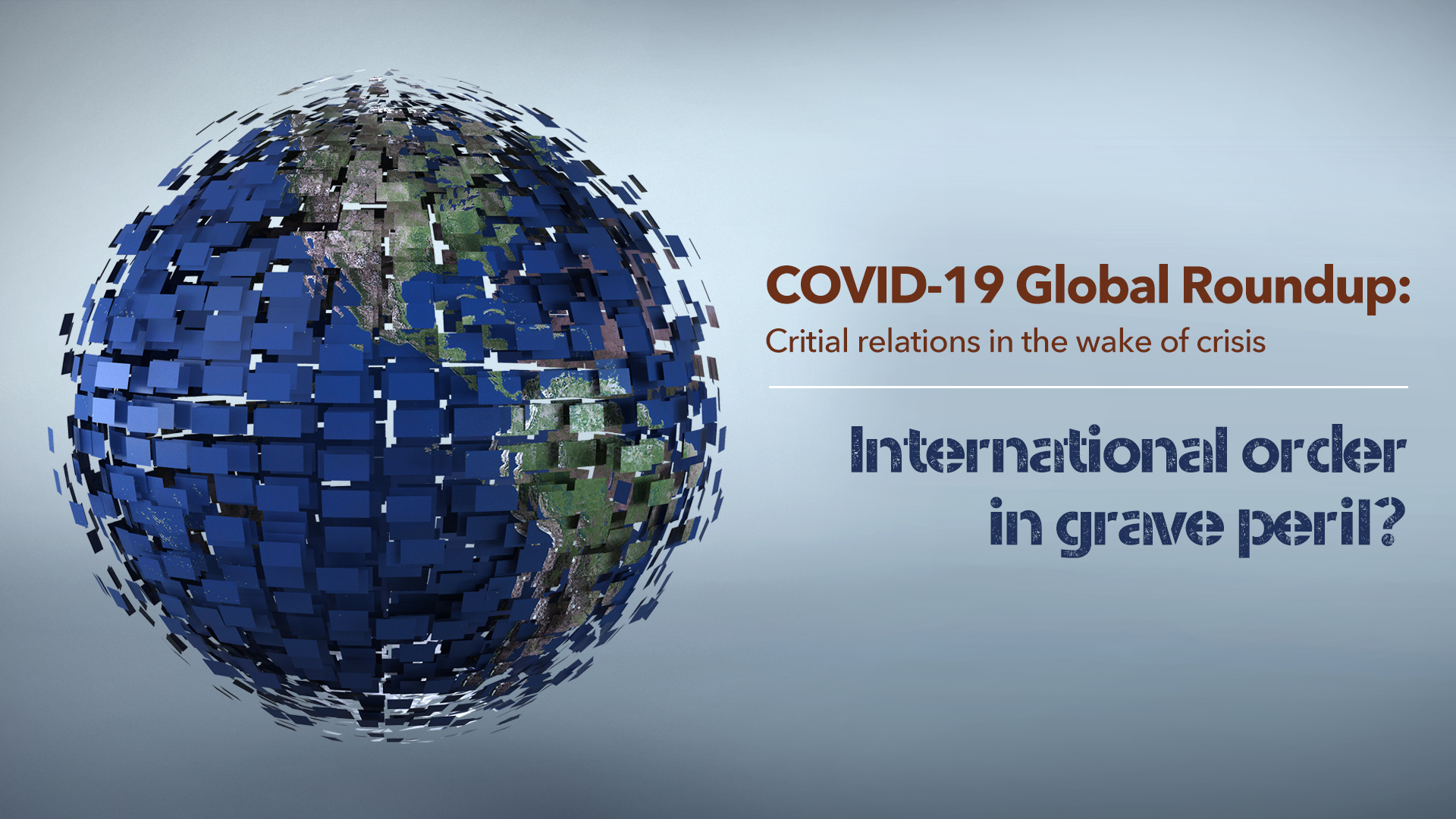 With Prime Minister Boris Johnson moved to intensive care, Britain's top diplomat Dominic Raab is now charged with leading the UK government. This is yet another signal that testifies to the importance of international relations especially in these perilous times.

While Britain's post-Brexit plan has largely fallen off its national agenda due to the coronavirus havoc, it remains to be one of the most urgent issues that the Brexit stalwart will have to address after temporarily taking over from the prime minister. 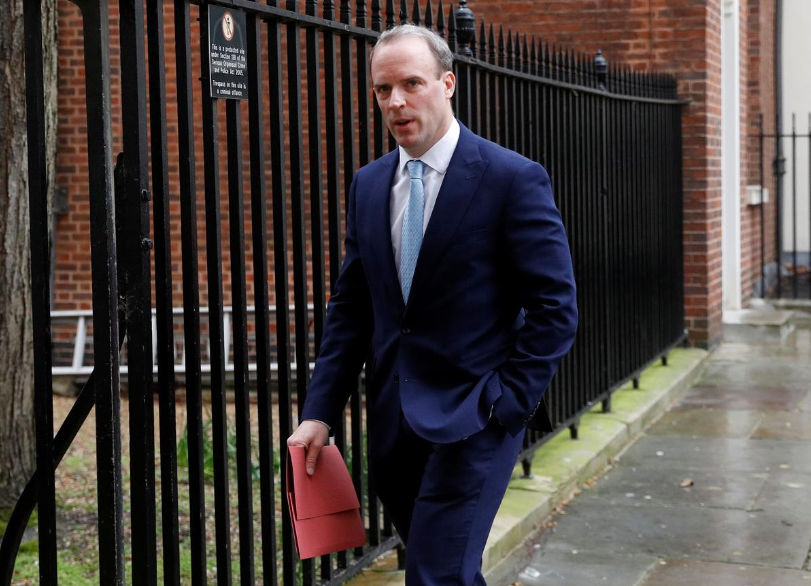 The plan, which obligates Britain to cease following EU rules by year's end, has been dreadfully disrupted by the spread of COVID-19. The British government will have to make a hard decision as to whether to drop its ambitious schedule since suspended negotiations between London and Brussels pointedly highlight the dilemma looming over the former EU member. The EU, on its part, has strongly recommended Britain to forgo the unrealistic calendar.

Last week, the largest group in the European parliament urged the UK government to do the "responsible thing" and extend the Brexit transition period. National leaders including Angela Merkel and Leo Varadkar have expressed deep concerns regarding the withdrawal agreement, which was deemed too short by EU experts even before the global pandemic prevailed.

Had the transition period ended without major issues such as trade terms being agreed upon, the once greatest power on earth could be hemorrhaged by far-reaching consequences.

But despite EU's pleadings, Johnson has ruled out delaying the date when Brexit would finally take effect following Britain's 2016 vote to leave, confident that the country is ready to withdraw from its current cooperation accords.

Some observers also noted that London's fixation with a hard-line Brexit may have contributed to the sluggish coronavirus response, a government blemish that has already drawn mounting criticism. They believe Downing Street's tenacious penchant to remind the public of Britain's self-reliance as well as its own capabilities to fend off national threats have driven the government to take counterproductive steps – including a confused position on whether the UK should have taken part in an EU-wide effort to procure more ventilators.

"Brexit has almost certainly influenced this determination to not look like we're working with European countries. The response to questions about the German testing system has been extremely hostile," Anand Menon, professor of European and international politics at King's College London, told CNN.

As leaders around the world stress the borderless nature of the virus, some attempts at ramping up hostilities could prove disastrous for economically vulnerable countries.

In Iran and Venezuela, two countries under the staunchest U.S. sanctions, government efforts in fighting the epidemic have been exceptionally beset by international trade and payment restrictions. As these hurdles mount grave difficulties for both nations to procure essential medical supplies and other items, the coronavirus has been spreading unhindered within the confines of their borders. 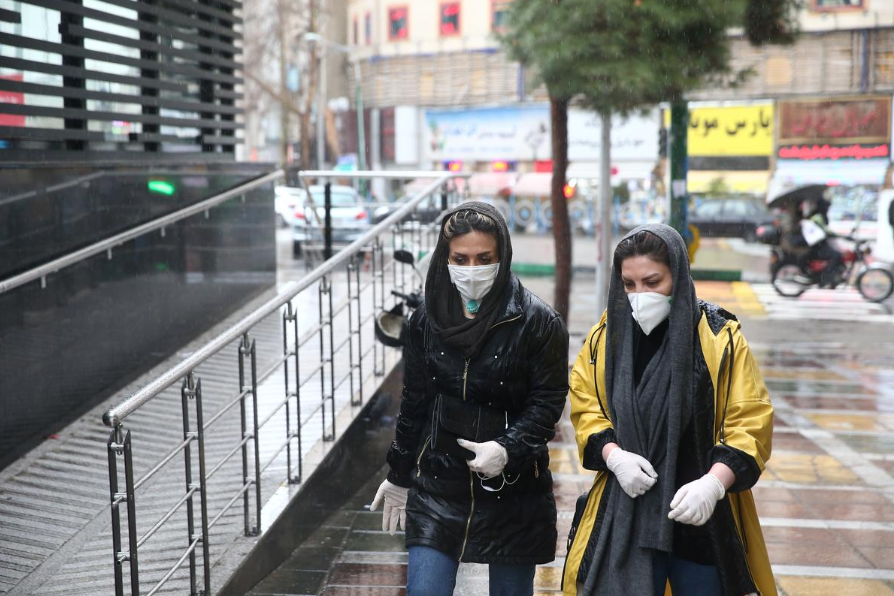 While the United Nations Secretary General António Guterres, along with leaders of other major powers, have repeatedly called for a sanctions ceasefire around the world, the Trump administration does not seem set to change course but rather intensified its confrontational approach against the two virus-stricken countries.

Trump said the nuclear deal was not strong enough and wants to apply "maximum pressure" on Iran to curb its nuclear program, halt its ballistic missile work and end its support for proxy forces in the Middle East. The Islamic Republic says it will not negotiate unless the U.S. lifts its sanctions. Although Washington has offered humanitarian help to Tehran, the "strange" proposition propelled Supreme Leader Ali Khamenei to reject the offer from "the greatest enemy."

Iran will never ask the United States for help in the fight against the new coronavirus, Foreign Ministry spokesman Abbas Mousavi stated on Monday.

As for U.S.-Venezuela spats, the back-and-forth accusations have been escalating mutual enmity.

In the latest effort to force Venezuelan President Nicolas Maduro to step down, the U.S. brought "narco-terrorism" charges against Caracas and sent its anti-drug navy ships to the Caribbean, adjacent to Venezuela, on top of offering an award of 15 million U.S. dollars for Maduro's arrest.

Maduro responded stressing his intention to stay and control the epidemic, while Russia slammed the still-in-place U.S. sanctions, calling it "a tool of genocide" amid the COVID-19 outbreak.

Observers believe Washington's recent escalations may have muddled the talks that were underway between the Maduro administration and the regime challenger Juan Guaido.

The talks were initiated after the gravity of coronavirus had become clear to Caracas and the International Monetary Fund turned down Maduro's request for 5 billion U.S. dollars in emergency aid funds over the insufficient clarity of government legitimacy.

While Venezuela has yet to feel the full force of the pandemic, only a quarter of doctors in the country have access to a reliable supply of water and two-thirds are without a soap, gloves or masks. There is also a severe shortage of intensive care beds in the oil-abundant country. 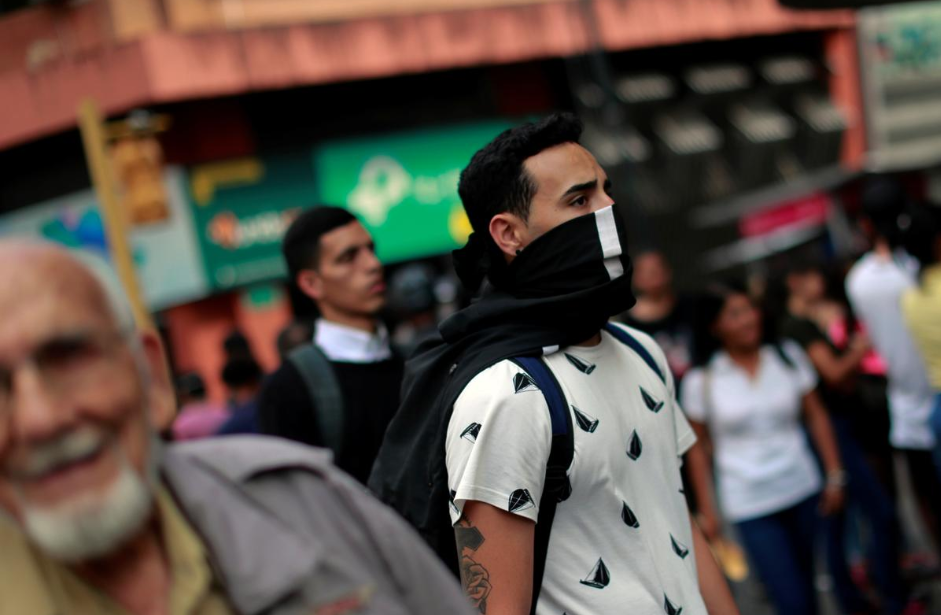 A man walks with a cloth around his face as Venezuela confirms its first case of the coronavirus (COVID-19), in Caracas, Venezuela March 13, 2020. /Reuters

A man walks with a cloth around his face as Venezuela confirms its first case of the coronavirus (COVID-19), in Caracas, Venezuela March 13, 2020. /Reuters

In the face of irreconcilable rhetoric, other major world powers have aligned to offer their help. Along with the World Health Organization and the United Nations, they have been persistent in stressing the importance of international collaboration.

Last week, France, Germany and Britain exported medical goods to Iran in the first transaction conducted under Instex, a trade mechanism designed to bypass U.S. sanctions and barter humanitarian goods after the U.S. withdrawal from the nuclear deal. Instex was set up more than a year ago and was long overdue to serve its purpose, but the first utilization of the mechanism spoke volumes about the EU-3's resolve to come to the worst-hit Middle Eastern country's aid.

Meanwhile, China and Russia have also been sending large quantities of medical aids to both Iran and Venezuela.

As the coronavirus continues to ravage across the world, this is especially a time for international cohesion, but attempts to undermine it are still visible.

The U.S., in particular, has been criticized for its persistent campaign to place the blame on China, an effort believed to have further promoted division among the many virus-stricken populations. This approach has seen notable push backs both domestically and internationally.

In a video conference held in late March, U.S. Secretary of State Mike Pompeo tried to convince ministers of the G7 to identify the novel coronavirus as "Wuhan virus." But with foreign ministers of the other G7 members considering the term needlessly antagonistic and thus rejecting the push, a joint statement was not agreed upon.

While relations between China and the U.S. were on a downward trajectory, events seemed to have taken a brighter turn after a phone call between Trump and Chinese President Xi Jinping. Both leaders recognized the need to amend bilateral ties and strengthen cooperation in the fight against the global pandemic. 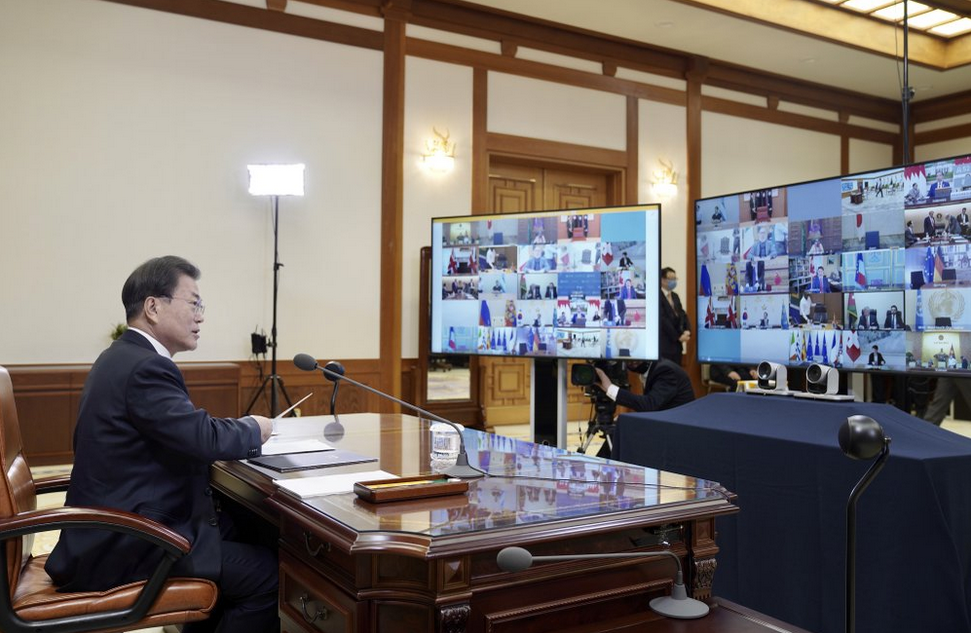 The phone call came after G20 leaders pledged a five-trillion-U.S.-dollar stimulus to stave off global economic collapse in an extraordinary virtual meeting.  The leaders also committed to do "whatever it takes" to minimize the social and economic damage of the coronavirus pandemic, reflecting a spirit of much-needed unity.

The previous war of words between the U.S. and China were not exceptional cases during the global pandemic. Regional allies' responses to the coronavirus situation could also trigger a thorough review or even a potential magnification of deep-seated problems long existed in the entities gluing these countries together.

Italy, one of the worst-hit countries in Europe, is permeated with widespread dismay over EU's slow response to the country's appeals for help. The main bone of contention is a request by Italy and eight other countries to issue "recovery bonds" on behalf of all euro zone countries to help fund efforts to rebuild national economies that are expected to dive deep into recession.

Conservative leaders in wealthy states such as Germany, the Netherlands and Austria have so far recoiled at the idea of issuing bonds to highly indebted nations, such as Italy. On top of that, European aids have been slow to arrive at the earliest-hit country.

These harsh realities have prompted the far-right League party to jump on the discontent to call into question Italy's continued membership of the 27-nation bloc, while even staunch pro-Europeans have expressed consternation at the lack of empathy and support.

Recognizing the missteps for which the EU was responsible, the head of European Commission apologized to Italy on Thursday for a lack of solidarity from Europe.

In a letter published in the Italian daily La Repubblica, Commission President Ursula von der Leyen said too many EU countries had initially focused on their own problems. 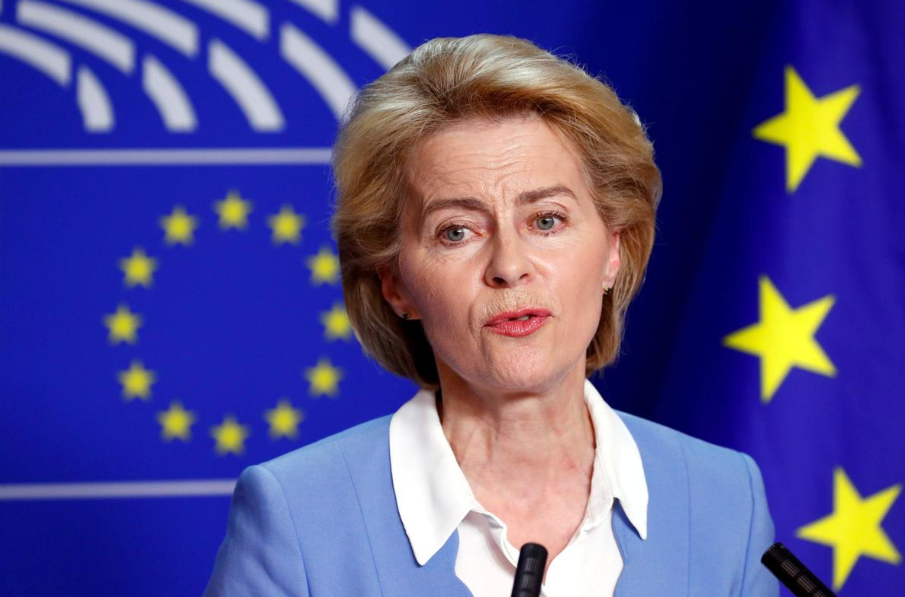 "They did not realize that we can only defeat this pandemic together, as a Union. This was harmful and could have been avoided," she wrote, adding: "Today Europe is rallying to Italy's side."

The ultimate fallout of Italy's discontent could be tremendous, as analysts argue it would inevitably further strengthen the country's far-right populist position on EU membership. The threats posed to the European Union as a whole are non-negligible.

With national borders pervasively closed, movement of people largely severed, and international trade decimated across the world, the existing international order is in grave peril.

In a commentary piece published Saturday on Wall Street Journal, Dr. Henry Kissinger urged to "safeguard the principles of the liberal world order" and cautioned against the promotion of "an anachronism, a revival of the walled city in an age when prosperity depends on global trade and movement of people."